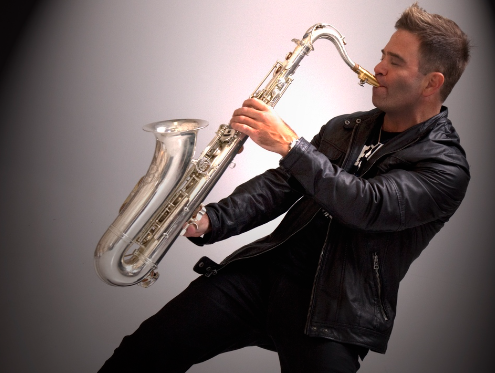 **THE CORDUROY BLUE, SURFWAX, and BOSS RUSH at The Nick.

**SOUL BROTHERS with DAVID AND KERRY MARSHALL at Perfect Note.

**SUNDAY FUNDAY TUNES with ANNA HOPE at The Nick.

**BIRMINGHAM BANDSTAND with Special Guest: RACHEL COLE & THE DOVER BROTHERS at The Nick.

**THE DRIVER ERA at Iron City.

**KARAJOKIE at the Perfect Note.

**OUR OWN YVONNE LOWERY KENNEDY – Our own Yvonne has gone to be with her father Rev. Joseph Lowery (from Huntsville) and her mother Evelyn Gibson Lowery (from Memphis). The family and friends will truly miss her and all that she has done for UAB, girls/young ladies, Tennessee State University, Alabama history, this community and so very much more. She will be missed and remembered for all that she has done. Praying for the family and friends.

**FOR TUGGLE STUDENTS – The Stair Birmingham organization is looking for persons to partner with Tuggle students and volunteer to help with reading on Tuesdays or Thursdays, 3:15 – 4:30 p.m. Help them learn to creatively solve problems by taking 2 hours a week to make a difference in a student’s literacy journey. For more: go to stairbirmingham.org/tutor.

**SAND MOUNTAIN SOUL is tomorrow/Friday with live funk rock music, food and more. Check out THE COMMODORES & WAR THE BAND. (For more, go to: Sand Mountain Amphitheater in Albertville, Alabama.)

**CREATING A SOCIAL MEDIA STRATEGY, August 18, noon with D.J. MANUEL showing us how to create a social media strategy to increase traffic and save time by the Birmingham Metro Black Chamber of Commerce, a Virtual Meeting.

**ENSLEY RENAISSANCE FESTIVAL – Pneuma Gallery with support from Renew Birmingham announces the 4th ANNUAL ENSLEY RENAISSANCE FESTIVAL on Saturday, August 20, 3- 8 p.m. The event is FREE to Ensley residents with a cost for non-Ensley residents. This community, family friendly festival will have a pop-up market of local businesses, food trucks, community organizations with resources and some vendors will include Aww Shucks, Lemonade Junkeez, Magic City T-Shirt Company, Soul Sistah 3.0, Birmingham Barons and more. National recording R&B artist VIVIAN GREEN will perform with opening performances by our own JOSHUA DAVID, DRU TONEY and ASHLEY SANKEY. DJ SHAY will be the festival disc jockey and will be hosted by CLARISSA KENTY. Gates open at 3 p.m. at the Field of Hope located at 1601 Avenue K. Seating is a first-come, first-serve. Bring your lawn chairs.

**SOUL OF SOMANYA AFRICAN BEADS TRUNK SHOW – Head to Fairfield Inn & Suites by Marriott Birmingham on August 20, 9 a.m. through August 21, 5 p.m. for a trunk show of African beads and wire wrapping classes in Pelham, Ala.

**LUNCH AND LEARN – HOW? THE PHILOSOPHY AND PSYCHOLOGY OF NAZI PROPAGANDA, Thursday, August 25, noon – 1 p.m. by the Siegler Fellow and Samford philosophy major, Gracie Van Orden.

**END OF SUMMER CIGARS & SUNDRESS PARTY, August 28, 2 – 7 p.m. at the FOP Lodge on 1st Avenue across from the East Lake Park sponsored by JRTA.

**ALABAMA STATE UNIVERSITY HORNETS play the HOWARD BISONS on August 27 at the Center PARC Stadium in Atlanta for the MEAC/SWAC Challenge Kick-Off. This is an ESPN event.

**DRIVE OF A LIFETIME LAPS FOR CHARITY – Drive of a Lifetime! Talladega Superspeedway Track Laps for Charity is back this Saturday. Experience the 2.66-mile, 33-Degree Banking, 9 a.m. until 1 p.m. CDT. This event will raise funds for “A League of Our Own – Oxford.” “Track Laps for Charity,” will benefit “A League of Our Own – Oxford,” an organization that gives mentally and physically disabled children the chance to play baseball. In addition, the track has introduced a new ‘Track Laps + Race Ticket Package.’ For just $100, not only will guests (one vehicle) get to take two laps around NASCAR’s Most Competitive venue (33-degrees of banking in turns) but will also receive two tickets to the YellaWood 500 NASCAR Cup Series Playoffs race, which is set for Sunday, Oct. 2. Pre-registration is highly recommended for Saturday’s event at https://www.nascarfoundation.org/talladegagives. As part of the Talladega Garage Experience Open House, families will get a sneak peek at the 140,000 SF area, complete with Kids Zone and Game Zone, the unique 35,000 square foot “BIG BILL’s” covered Open Air Social Club, and Ruoff Mortgage Victory Lane. Attendees will be able to take their photograph beside Talladega Superspeedway’s Official Chevrolet Camaro Pace Car and the traditional Vulcan Trophy (miniature version of the colossal Vulcan statue – www.visitvulcan.com – that is awarded to each NASCAR Cup Series winner at ’Dega. Both will be placed in Ruoff Mortgage Victory Lane where Ross Chastain celebrated after he captured the GEICO 500 in April. Guests at Saturday’s ‘Track Laps For Charity’ event will see how race fans who will be attending the YellaWood 500 will be immersed into the sport of NASCAR by being able to be up-close to NASCAR’s top drivers and teams via a fan walkway under the same roof as the NASCAR Cup Series garage bays. The YellaWood 500 will culminate a tripleheader NASCAR Playoffs weekend, Oct. 1-2. For race weekend (which also includes the Saturday, Oct. 1 Sparks 300 and Chevy Silverado 250) ticket information, log onto www.talladegasuperspeedway.com.

**PEABO BRYSON AND JEFFREY OSBORNE LIVE IN CONCERT at the BJCC Concert Hall is August 26.

**MASON MUSIC FEST, Saturday, at Avondale Brewing Co. with DREW HOLCOMB AND THE NEIGHBORS, The BROOK AND THE BLUFF, GATLIN LADY LEGS and more. This will be fun for the whole family with food trucks, yard games, educational classes and things that kids will enjoy. The proceeds go to music lessons for kids in the Greater Birmingham area.

**TASTE OF 4TH AVENUE JAZZ FESTIVAL will return to Birmingham’s Historic 4th Avenue Business District on Saturday, August 27 with music, art, food and vendors. It is FREE and open to the Public. For more go to: 4thavenuejazz.org.

**RUFFNER MOUNTAIN CAREER OPPORTUNITY – If interested, get an APPRENTICE Application at Ruffner Mountain Center. If interested email Internal operations Manager at Jasmine@ruffnermountain.orgwith a resume, two references (one professional- and a cover letter explaining why you are interested in this position. Deadline is August 23, Include ‘Apprentice Application’ in the subject of  your email. Preferred start date is before September 14.


AT THE BIRMINGHAM BOTANICAL GARDENS…

**WATERMELON PICKIN’ WEEKEND – Make your way to Heflin, Ala. this weekend, for a weekend of watermelons such as Crimson Sweet, Sugar Baby, Yellow Sweet Gem, Black Diamond Florida Giant and Congo watermelon picking and Ambrosia cantaloupe. There will be live music, food trucks, games, farm animals and more. Plants are at 15% off during the event. (Look for more melons every weekend until after August at 895 County Road 8 in Heflin, AL  36264.)

**AIN’T TOO PROUD – THE LIFE AND TIMES OF THE TEMPTATIONS is the electrifying new smash-hit Broadway musical that follows The Temptations’ extraordinary journey from the streets of Detroit to the Rock & Roll Hall of Fame. It is a story of brotherhood, family, loyalty and betrayal during a decade of civil unrest in America. It is the unforgettable story of the legendary quintet that Billboard magazine named the greatest R&B group of all time. Check it out if you are in Detroit through August 28 at the Detroit Opera House.

**BATTLE OF THE BLUES BAND – The Battle of the Blues Band is September 18 at Iron City. Doors open at 1 p.m. with the competition at 2 p.m. Time for all Blues musicians from around the state to enter the Magic City Blues Society – Battle of the Blues Bands. The winners of which will represent Birmingham and the Magic City Blues Society at the 32nd International Blues Challenge (IBC) in Memphis January 24-28, 2023 when more than 150 bands from around the world compete. The winners receive major sponsorship opportunities and will be booked for some of the most prestigious Blues festivals around the country. Many artists have used this competition to make the national Blues scene. Alabama has a legacy of great musicians so looking for the best Blues musicians in our region to compete. The competition will be held in one of Birmingham’s best live music venues on the big stage at Iron city. There will be two first place winners: one band and one solo/duo act. The MCBS will give a stipend to the winners to assist with the costs of attending the finals in Memphis. The winners will also be booked for a Magic City Blues Society gig. Additionally, all entrants will receive a video recording and photos of their performance. The main rules of the competition require bands to play a 20-minute set and the winning band to compete at the IBC in Memphis with the same members who play in this competition.

**THE SUN RISES IN THE EAST at the Carver Theatre, August 27, 10 a.m. as a part of the 24th Annual Sidewalk Film Festival. The doc chronicles the birth, rise and legacy of The East, a pan-African cultural organization founded in 1969 by teens and young adults in Bedford-Stuyvesant, Brooklyn. Look for more at SideWalk Film Festival.

**Filmmaker Happy Hour – Every 3rd Thursday with other filmmakers and discuss your newest projects. Free.