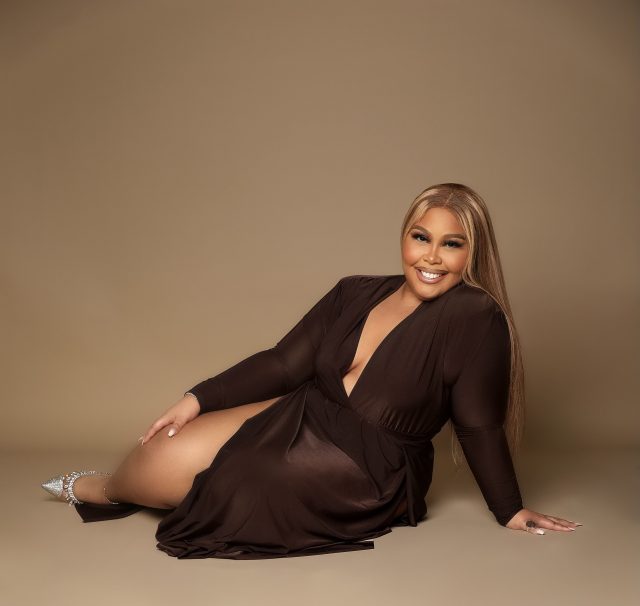 By Jasmine Phillips
For Birmingham Times

The Taste of 4th Avenue Jazz Festival return Saturday, August 27, in Birmingham’s Historic 4th Avenue District Downtown from noon – 8 pm. The annual one-day music festival has been presented annually since 2003. It has been two years since the jazz festival took place in the district due to the COVID-19 pandemic, but festival organizers are excited to bring back the event in what will be a day filled with food, fun, and of course, great music.

Taste of 4th Avenue Jazz Festival is organized and managed by Urban Impact, Incorporated, a non-profit 501c3 organization and free and open to the public.

“It is so exciting to see the TASTE return in-person,” said Carla Youngblood, Operations Director for Urban Impact Birmingham. “Year after year we have seen this festival grow, bringing in thousands of people to the Historic 4th Avenue Business District. People come here for the fellowship, the history, and the culture. This Black Business District in its height was a second home to jazz greats, and this festival is a nod to them and our community. This is a tradition, and it is vital that we preserve that history, and promote it through programs like the TASTE.”

As a hub for Black commerce and culture during the days of segregation, the historic 4th Avenue Business District is one-of-a-kind. The district sets the scene for the tastemakers of yesterday and stands tall today as a testament to the resilience of African Americans here in Birmingham. Seeking to celebrate the spirit of the 4th Avenue Business district, the Alabama Jazz Hall of Fame, inspired by the “Taste of Chicago,” launched the first Taste of 4th Avenue Jazz Festival just 19 years ago. The one-day festival has become a tradition and one of the most anticipated events of the summer here in the City of Birmingham.

“It’s a new 4th Avenue and a new Carver Theater,” says Dr. Leah Tucker, Director of the Alabama Jazz Hall of Fame. “I don’t know any better way to celebrate a great new wave of positivity for the City of Birmingham, and the Alabama Jazz Hall of Fame then to invite the public to come out and celebrate at the Taste of 4th Ave Jazz festival on Saturday, August 27th in the heart of the historic 4th Ave. District. Everyone come out and bring your lawn chairs and enjoy a fun day with food vendors and some great musical entertainment.”

In the early 1900s, Jim Crow segregation laws kept African Americans from being welcomed into white establishments. Angry and in search of a solution that would impact the neighborhood, a few African American businessmen decided to create their own by building and establishing their own businesses. The neighborhood along 4th Avenue from 15th to 18th Street North developed as the City of Birmingham’s black business district. From black-owned banks, churches, doctor offices, movie theaters and nightclubs, black businesses flourished all through the 1960s. Some of the known businesses were the Champion Theater, Bohemian Bakery on Coplon’s corner, the legendary Dunbar Hotel and the Alabama Penny Savings Bank. In the 1960s, the 4th Avenue District was the mecca of the city.

There were dozens of successful businesses. However, once segregation laws were deemed illegal, the energy around the district changed. Many of the businesses set up shops in different parts of town to attract a more diverse customer base. The once booming business district became just another neglected neighborhood. With a handful of businesses still open, the area became a hub for drugs and crime.

Refusing to let this piece of history disappear, Urban Impact, Inc. was founded in 1980 with the sole mission to preserve and redevelop the Historic 4th Avenue Business District. By the early 20th century, over 30% of black businesses in Birmingham were concentrated in the 4th Avenue Business District. The work of the agency would be executed through a series of public/private partnerships with the City of Birmingham and others. From community programs that focus on education, entrepreneurship, and financial literacy to events such as the Taste of 4th Avenue Jazz Festival, much has been accomplished in the area.

Today, the 4th Avenue Business District is one of the few remaining Black business districts intact in the State of Alabama and in the Southeastern United States. The district covers 18th Street North to 15th Avenue North, Abraham Woods Boulevard to 2nd Avenue North.

This year’s headliner will be Houston, TX native Dr. Chelsey Green, a Billboard charting artist who was born into a family of jazz and funk musicians and started her performance career as a violinist at age 5. ⁠Her performance resume includes performances at the 62nd annual Grammy Awards, CBS Late Show, NPR Tiny Desk, Essence Music Festival, and many more. Birmingham artists who will also perform at the Taste of 4th Avenue Jazz Festival include The Official Clutch, Vann Burchfield, Lillian Aleece, Deirdre Gaddis, and Logan The Entertainer.

The Taste of 4th Avenue Jazz Festival is an event that is open to the entire community. Spectators will not only be able to enjoy the smooth sounds of Jazz music but also enjoy local food & product vendors such as Raes Raes Catering, Kuntri Kitchen, Herban Soul Cafe, The Recipe, Bey Bey’s Italian Ice, Unique Stitches Embroidery, Glam Essentials, Innovated Real Estate Academy, and many more.