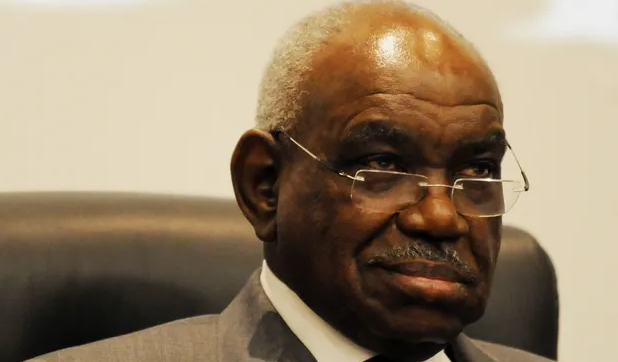 For the fifth year in a row, Red Mountain Theatre will present the Human Rights New Works Festival September 23-25. Over the course of the festival, Alabama- focused theatrical works will take the stage at RMT’s downtown arts campus. Each of the works explores a facet of our complex modern world by bringing a human story to the forefront.

The five works to be featured are: The Calling: The Story of Judge U.W. Clemon, written by Troy University Associate Professor Quinton Cockrell; Bar Mitzvah in Birmingham, which tells the story of an Orthodox Jewish family from Brooklyn in the last place they ever expected; Pink Clouds, written by Pulitzer Prize winner John Archibald, which examines individual and collective hypocrisies; The Crossing commissioned in partnership with the Alabama Coalition for Immigrant Justice and Touch performed in partnership with Opera Birmingham.

“We forget how powerful theatre can be to explore difficult topics,” says RMT’s Singh Associate Artistic Director Roy Lightner. “Putting that vulnerability on stage gives us a window into others’ experiences. We start conversations in the community so we can stay in dialogue about how we move forward, improving lives.”

To that end, Red Mountain Theatre will host a Community Conversation after each performance, inviting audience members to discuss what they’ve just seen with the artists and community leaders. Lightner finishes, “This is why I do theatre. To tell stories like these.”

Here’s more on the five theatrical works that bring new voices, modern issues into the spotlight:

The Calling: The Story of Judge U.W. Clemon, Friday, September 23 at 10 a.m. (Note: Not open to public; this performance is reserved for school groups only.) Written by Quinton Cockrell. Created to inspire younger audiences, The Calling examines the exceptional life of civil rights icon U. W. Clemon.  Since the early 1960s, U. W. Clemon has served on the front lines in the continuing fight for civil rights.  How did a young African American from humble beginnings in the segregated south affect lasting change in the battle for equality for all?  Over the course of his extraordinary life, Judge Clemon has taken his fight to court rooms, the world of politics, and even the streets.  The Calling is the story of an extraordinary man who has overcome numerous obstacles to make a significant difference in our challenging times.

Bar Mitzvah in Birmingham, Thursday, Sept. 22 at 7:30 p.m. Written by Ben Andron. Bar Mitzvah in Birmingham tells the story of an Orthodox Jewish family from Brooklyn in the last place they ever expected; a small town just outside Birmingham, Alabama. But what begins as a comedic fish-out-of-water story opens the door for an important dialogue about the evolution toward a “New South” and the alleviation and persistence of systemic racism. It is through the bonds that form between cultures that our protagonists will transform this small town – and each other – from chaos to community, as an example for us all.

The Crossing, Friday, Sept. 23 at 7:30 p.m. Written by Santiago Sosa. The Crossing was commissioned by Red Mountain Theater and the ACIJ based on the true stories of immigrants who have made Alabama their home. After a dozen interviews with different immigrants of varied backgrounds and ages this play crafts together their stories through interconnected vignettes. These stories are about the strength of the human spirit amidst treacherous odds and the trials and tribulations of being an immigrant in the United States and the prejudice, hatred, and bigotry they have had to endure. But this story is also a series of stories about joy, friendship, family, and community within the city of Birmingham.

Pink Clouds, Saturday, Sept. 24 at 2 p.m. and 7:30 p.m. Written by Pulitzer Prize winner John Archibald. The South loves life, it’ll tell you. Until it has to kill you, bless your heart. This play – part absurdist comedy and part prison tragedy – examines individual and collective hypocrisies, and our messy definitions of life and death. A young man tries to change the world, oblivious to the pain

it causes. Another man dies, and three mothers grieve for very different reasons. As a heart beats the time, they all most consider a painful question: What is more sacred, the lost or the living?

Touch, Sunday, Sept. 25 at 2 p.m., presented in partnership with Opera Birmingham. Touch, composed by Carla Lucero with libretto by Carla Lucero and Marianna Mott Newirth and commissioned by Opera Birmingham, picks up where The Miracle Worker ends, exploring the complicated relationship between Helen Keller and her teacher, mentor, and companion, Anne Sullivan, and her star-crossed love affair with her interpreter, Peter Fagan. Touch highlights Keller’s monumental achievements as a prolific writer, an influential political activist, and an outspoken advocate for Women’s Suffrage, Disability Rights, and the Civil Rights Movement.  Helen’s passion was equally present in her personal life. Touch tenderly captures the humanity of her life, characteristics often overlooked in such an iconic figure.

About: Five theatrical works that bring new voices, modern issues into the spotlight

Cost: All tickets $10 to performances and parking can be booked for free.