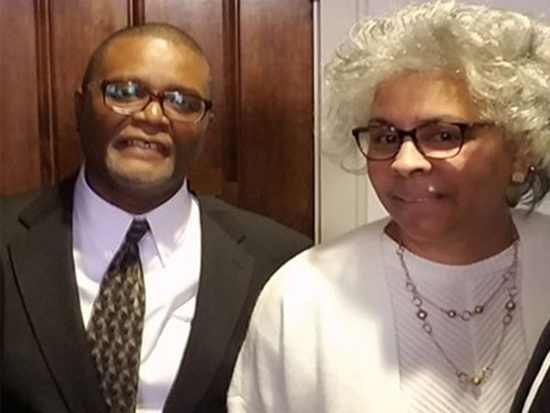 When one meets Willie and Cynthia Ballard, one of the first facts one will learn is that they are the proud — emphasis on proud — parents of eight children, six of whom are still living. Also, on the short list of need-to-know facts about them is that they are strong believers in the correlation between higher education and an individual’s improved quality of life, an improved quality of life they staunchly desired for each of their children.

But, as any parent will say, formal education, especially with the high cost of college, is not an easily achievable task without support.

Despite a successful career at Southern Company and Alabama Power as an engineer — a career that spanned 40 years — Willie says that the thought of sending all his children to college presented quite a challenge to him and his wife, Cynthia, who was a stay-at-home mom for years and volunteered and worked as a substitute teacher for Birmingham City Schools.

Cynthia remembered the joy of her younger twins — attending Ramsay High School at the time — when they were accepted and invited to a University of Alabama at Birmingham-sponsored science, technology, engineering and mathematics summer program.

“It was a blessing to see them participate in a program made possible by UAB to enhance their out-of-the-classroom experience over the summer with professors who devoted their time and energy in a unique learning experience,” she said. “I still remember those programs, and them smiling and talking about different activities and projects they were participating in.”

This ultimately led to the twins, inspired by their older sibling who graduated in engineering, to also pursue a career in the field.

The Ballards’ two oldest sons attended UAB, one on a scholarship. Both sons finished at UAB, and each obtained a job in his chosen field. All of the Ballards’ children are graduates of Birmingham City Schools and went on to obtain higher-education degrees from local colleges. The family says they recognize the value UAB brings them and the city of Birmingham.

So, when it came to giving back, Cynthia said the question on the Ballard family’s mind was “Why not UAB?”

Willie, a retired engineer, says he was particularly impressed by the diversity efforts of the UAB School of Engineering’s Dean Jeffrey Holmes, M.D., Ph.D. Though he went to another university, Willie took evening graduate school engineering courses at UAB and a refresher course that helped him obtain his license as a registered professional engineer.

All of the pieces added up, and the picture became clear: The entire Ballard family would come together to create a $50,000 scholarship to support underrepresented students in engineering. It is named the Willie and Cynthia Ballard Endowed Scholarship in Engineering but represents the entire family. The gift provides support to underrepresented students and, in turn, supports the School of Engineering’s goal of promoting a diverse student body — which is key to its educational mission. Preference will be given to students from Birmingham.

“Because of our love for this city and for what UAB has meant to us, we wanted to do something special,” Willie said. “At UAB, we really felt like we could touch and fulfill the vision we had as far as being able to reach underrepresented kids who have a desire to go into engineering. We were really touched by UAB’s efforts and wanted to be a part of it.”

The Ballards made the gift in December 2021, which awards a scholarship to two engineering students each fall. The family made an additional gift of $2,000 to jump-start the scholarship program so that the first two students will be awarded in fall 2022.

“Diversity is one of UAB’s greatest strengths, and it is also one of the most important ways UAB Engineering is changing our profession,” Holmes said. “I am so grateful for the Ballards’ leadership in helping ensure that students who otherwise might not have the opportunity to pursue engineering will now be able to realize their potential and launch their careers at UAB.”

Cynthia, empowered by her belief that “it’s always more blessed to give than to receive,” says she hopes one day other families will be able to follow the Ballards’ example and that their gift will inspire others to give back as well.