Don’t expect a show from the Alabama Agricultural and Mechanical University (AAMU) Dancin’ Divas during halftime of this year’s Magic City Classic, said Kendall Woods, one of the dance team’s captains. Expect a movie.

“At the Classic, it just all feels like a movie. It’s like you’re just living in it. You don’t have time to sit and think, ‘All of this is really happening,’ until you look back at the videos [and say to yourself], ‘I’m really dancing in front of all these people.’ … And [you’re] like, ‘That many people were watching me,’” said Woods, a senior scheduled to graduate in May 2023 with bachelor’s degree in biology.

Woods and her teammates are prepared to give an unforgettable performance on Saturday, October 29, at Legion Field, where the football teams of AAMU and longtime rival Alabama State University (ASU) will battle for bragging rights in the 81st Magic City Classic in Birmingham.

“We try to look at it like it’s a normal game, and we make sure [we’re at our best] because it is so big,” Woods said.

Although the Dancin’ Divas treat every game with high importance, there is just something about the Classic.

“It’s like there’s something in the air that makes us dance a little bit better,” said Carsan Lindsey, a captain of the Divas who will be graduating in December 2022 with a bachelor’s degree in animal health sciences. “[This year, expect a] different kind of field show, something we haven’t done before. … Just be prepared to get your socks knocked off because we are coming ready.”

Jada Glass, the third captain, said the Classic is an opportunity to highlight the work the team has done from the start of the season.

“You feel pretty, you look pretty, your choreography is on point, and you showcase how hard you have worked all season long,” said Glass, a senior majoring in physical education who is scheduled to graduate in the spring.

This is Glass’s fourth appearance at Magic City Classic: “I used to be nervous, but now it’s like a breath of fresh air because I’ve gotten used to the environment. … It is the time for everybody to showcase their work, have fun, and just dance,” she said.

The Dancin’ Divas as a team were added to the AAMU Marching Maroon and White Band in 1998 to display an array of dance styles that complement the musical arrangements, and they have since become a part of the school’s tradition and history.

Chrishana Granger, head coach of the Dancin’ Divas, said Glass, Lindsey, and Woods form the core of this year’s 13-member team. They are, she said, “The Trifecta—classy, sassy, and power collectively.”

She defines Lindsey as “classy,” Woods as “sassy,” and Glass as “power.”

“They form a really strong unit,” Granger said. “We have a very young team, given the [COVID-19 pandemic] experience, so the three of them really are the ones that hold this team together.”

Here’s a closer look at The Trifecta. 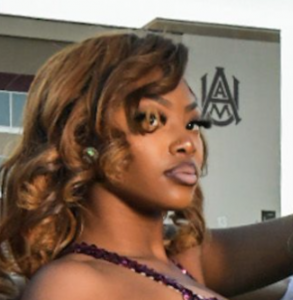 Glass, 22, said she’s looking forward to this year’s Classic because it is an opportunity for her close friends and family to see how much she has blossomed as a dancer.

“I’m from Tuscaloosa, [Alabama], so my family members that can’t come to Huntsville, [Alabama], can meet me in the middle in Birmingham. They can see me dance, see how hard I’ve worked, and see how far I’ve come from where I used to be,” said Glass, who has been dancing since the age of 9 and was part of the Dancing Stars Elite at Dancing Stars Studio under Tamika Minor Rice in Tuscaloosa.

Glass attended Central High School, where she continued with Dancing Stars Studio. She enrolled at AAMU in 2018.

“I had a lot of family members that went to AAMU, so it was one of my options,” she said of her decision to attend the historically Black college or university (HBCU).

Glass was selected to the Dancin’ Divas as a freshman in 2018. Asked what appealed to her to her about the team, she said, “It was intense, very big. … As for the [dance moves], they are more than just sexy. There is a mix [of styles]. ‘Diva’ is the perfect word to describe it.”

“What sets us apart is that we’re intense. We’re not just sexy, sassy, or classy. … Our dancing style is very bold. We are very humble, but when we start to dance, we showcase classy and sexy basically all in one. That’s what sets us apart and makes us unique compared with other HBCU dance lines.”

“I am a big dancer. I’m the one that wants you to see my moves from across the field. You will see my head, my arms, just all of it. I try to play with my facial expressions a little bit, [too].” 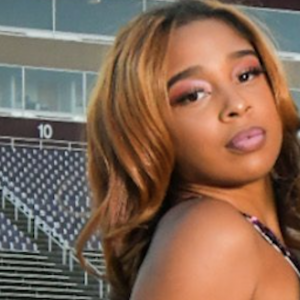 “My mom owns a dance studio, [Malone Studios Dance Company in Nashville, Tennessee], … so it was bound to happen someway,” said Lindsey, who started dancing at age 2.

Lindsey graduated from Ezell Harding Christian School in Nashville in 2017. Before graduation, she toured several schools, but AAMU’s campus was the most impressive to her.

“It just felt like home to me,” Lindsay said. “I really liked the environment, … and it was a good choice for me—a nice, small school.”

In her sophomore year, Lindsey auditioned to become a Dancin’ Diva.

“I was so nervous,” she said, adding that auditions can be stressful, but they can be fun, as well.

“Personally, I’ve been very nervous every time I’ve had to audition. It is so nerve-racking sitting there, waiting and wondering how the judges think you did…There are just so many emotions. You never know what you’re going to get,” she said.

After being selected for the Divas, “I felt pretty amazing. … I felt such a huge weight lift off my shoulders when my number was called.”

Lindsey brings fierceness to the team, she said, and good laughs when needed.

“I like to keep everybody joking and having a good time. You know, sometimes practice gets really serious, … [and] somebody just needs to lighten the mood a little bit.”

For game days and large performances, Lindsey prepares the entire team by making sure everybody has what they need: earrings, gloves, socks, shoes, uniforms.

“We basically make a checklist,” she said. “We check on each other to make sure everybody’s makeup and hair look good. We don’t want to send anybody out looking crazy because that doesn’t fall on that one person—that’s on all of us.” 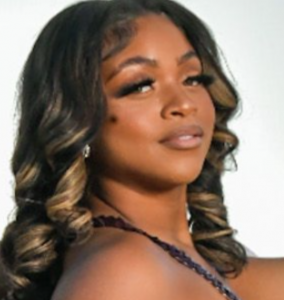 Woods, 21, has been dancing since she was 3 years old.

“I’ve been a competitive dancer for a very long time. I’ve traveled all over the world to dance. I used to travel to the Bahamas every two years to train for dance,” said Woods, adding that she has trained in aerial skills, as well as hardcore tumbling.

“The studio I attended participated in a foreign exchange [program], so we would go and stay with Bahamian families for two weeks, maybe more, at a time,” she said. “In the years we didn’t go to the Bahamas, Bahamian dancers would travel to Nashville and stay with us to train in the states.”

Woods studied at Dance Academy, a studio located in downtown Nashville. While she attended East Nashville High School, she continued to dance for the studio. Prior to graduating in 2019, she missed her senior trip to travel to AAMU for dance tryouts—and she was selected for the team.

“I would say, [my style is] controlled,” she added. “I am controlled, powerful, and engaging.”

After going through an intense audition in 2022, Woods was selected to be a captain of the Dancin’ Divas.

“I couldn’t believe it. It took me some time to process it,” she said. “Then I thought to myself, ‘This is big!’”

Asked what words of encouragement she would have for future dancers, Woods said, “It’s not easy.”

“People look at it as if you get all the fame and Instagram credit, but they don’t see everything that really goes into it. So, I would just say work hard and trust God. I’ve gotten really close to God this semester, since becoming a captain, and it has really pushed me into who I am right now.”

The 81st annual Magic City Classic will be held Saturday, October 29, at Legion Field in Birmingham, AL. Kickoff is at 2:30 P.M.

More on the Classic