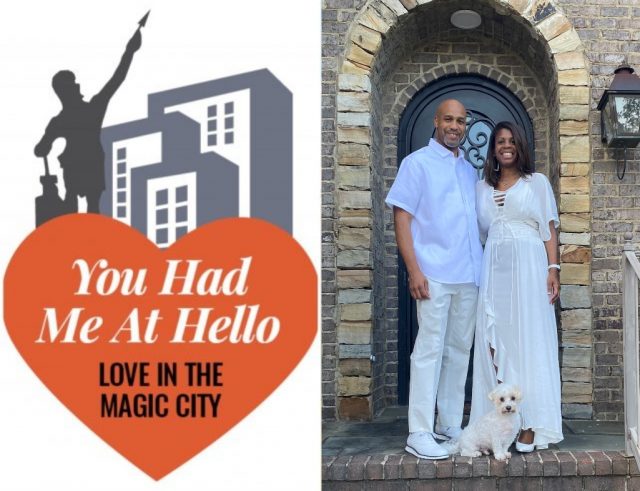 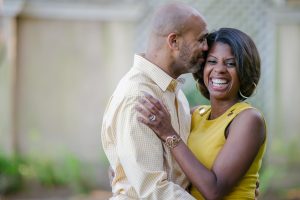 Met: In 2003, at a mutual friend’s singles ministry group meetup in Birmingham.

“We were friends in the beginning and went on a friends trip to Florida, that was our first outing as a group and after that I started trying to get some time with her; but she was getting her master’s degree at Samford University while she was working at UAB [in the general accounting department] … she was busy, busy, busy, so I went by [her job] and put a note on her car asking her out for a date.”

“I ignored it,” LaKisha said, “we were friends and that’s where I wanted to stay. But he continued to be persistent so a few months later, I finally gave in.”

First date: Dinner at Bahama Breeze on U.S. 280 and dancing at a nightclub in Hoover. “We were some of the last people in the restaurant because we were just talking and before we knew it we had been there for a couple of hours,” LaKisha said. “It was fun,” Donald said, “we both like to dance.”

The turn: January 2004. “LaKisha took me to Gatlinburg, Tenn. for my birthday… We were friends-friends and then kinda fell into the love thing. It just happened. We both loved to travel and we were having fun,” Donald said.

“We learned during that time that we had much more in common than we realized,” LaKisha said.

The proposal: Christmas 2004, at LaKisha’s family’s home in Fultondale.

“I surprised her while we were all together at her family’s house. After dinner, I had prepared the family and told them I was getting ready to propose, and I came out and joined them in the living room and got down on one knee,” Donald said. “I basically said, ‘I was madly in love with her, I loved everything about her, her personality, her outgoing [nature] and I asked her if she would be my wife,’”

“I wasn’t surprised, I was actually kinda expecting it,” LaKisha said. “His family had given me the heads up that it was coming… Although I had an idea, I still had a feeling of gratitude for being a part of that moment. It meant a lot that he chose to do something so significant and life-changing around the people that I love.”

Most memorable for the bride was their dream reception at the Gabriella Manor in East Lake. “It was a beautiful older mansion and the reception was in the garden. it was fall and the weather could not have been more perfect. Just being there surrounded by our family and friends was the most memorable moment for me,” LaKisha said.

Most memorable for the groom was “standing at the altar and watching my wife enter the sanctuary and walk down the aisle to me. I was trying to hold on [to my emotions] and not fall out and cry. And, she surprised me with the car that she had for us to ride off in; it was a classic Maybach.”

The couple honeymooned in Tahiti. “We arrived there in the middle of the night and really couldn’t see a lot because it was dark but waking up the next morning to the ocean view was awesome, it was beautiful,” Donald recalled.

“Be understanding,” Donald said. “A lot of people don’t take the time to get to know the person they’ve married, you have to actually learn your spouse day by day because it’s a process learning who you’re actually loving. Keep the spark going, have date nights, and be patient with one another.”

Happily ever after: The Macks are a blended family with a son, Michael, 27, and daughter, Morgan, 15.

LaKisha, 47, is a Long Beach, California native, who lived in the Huffman area in Birmingham [her family relocated in 1993] and a Huffman High School grad. She attended the University of Alabama at Birmingham [UAB] where she earned a bachelor’s degree in accounting, and a Master of Health Administration, and Samford University, where she obtained a master’s of business administration [MBA]. LaKisha serves as the Senior Associate Dean for finance and administration for the Heersink School of Medicine at UAB.

Donald, 50, is a West End native, and West End High School grad. He attended Lawson State Community College where he earned an associate’s degree in barbering and owns/operates ‘A New U Men and Women Grooming’ salon in Huffman.