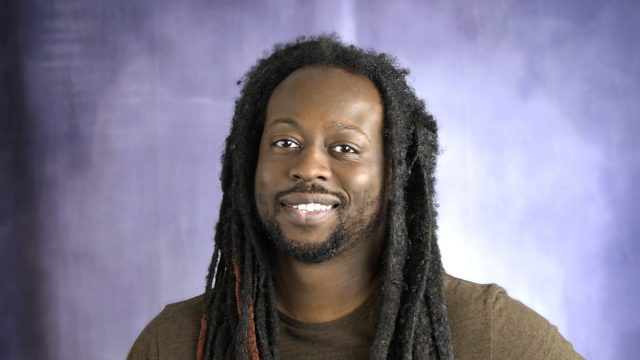 With nearly 300,000 followers on YouTube, Birmingham’s Kevin Peterson has amassed an audience that sees him as an actually nice guy with his videos examining myriad social and cultural topics.

And that’s ironic since one of the first really successful videos when he started on the platform was titled “You’re Probably Not Really a Nice Guy,” which was released in November of 2012.

In it, Peterson argued against the common dating narrative that “nice guys finish last,” claiming many men who call themselves “nice” aren’t really.

“It was just kind of me talking about how people who say that—you’re probably not as nice as you think you are. You probably have entitlement issues, probably have some internalized misogyny and things like that,” Peterson said.

While the video was targeted toward men, women took to it, as well, which shocked Peterson at the time, he said.

“It seemed to resonate with women a lot, which makes sense in retrospect … it resonated a lot in like feminist circles, so that that was kind of an interesting twist on how that video ended up doing,” Peterson said.

Peterson, who goes by “the1janitor” or T1J, a name which came from a janitor/superhero character he used to draw as a child, is now often mentioned in the same breath as other social commentary figures on the platform, Black or otherwise, like F.D. Signifier and Lindsay Ellis.

But few can say they’ve been active on the platform as long as Peterson who, having built his audience over more than a decade, was there before most even understood the power of serious Internet content creation.

“A lot of people who watch my stuff now may not know, but I’ve like been on YouTube since almost the beginning, when a lot of people kind of shared the same story,” he said. “It was just kind of like a video hosting site, just put stuff up that we had made and wanted to share with friends or colleagues or people at work and things like that,” Peterson said.

Since Peterson dedicated himself to the platform, he has steadily continued to gain subscribers on his YouTube channel, which now has more than 297,000.

During the years of 2015 and 2016, YouTube had seen a resurgence in videos made by anti-social justice figures, Peterson said, and his positive focus on social justice topics helped him build an audience by standing in contrast, he said.

Also there weren’t many on YouTube during the early years who could speak to the experience of being Black in America, he said.

Peterson, born in Germany, came to Birmingham between the at age 8, after having previously settled in Maryland. After initially moving to Ensley, Peterson said, he, his three brothers and mother Lois Jemmott moved around the city and metro throughout his youth.

As a child, Peterson, who was oldest of the three boys, said he spent much of his time drawing, influenced by X-Men cartoons and comics, as well as the Cartoon Network fare of the time, such as “Dexter’s Laboratory” and “Cow and Chicken”.

Before college, he never took much interest in what he read for school, but found the teaching style of his professors more engaging. Even though he had never had an interest in writing, Peterson said looking back, the change from visual art to writing made sense.