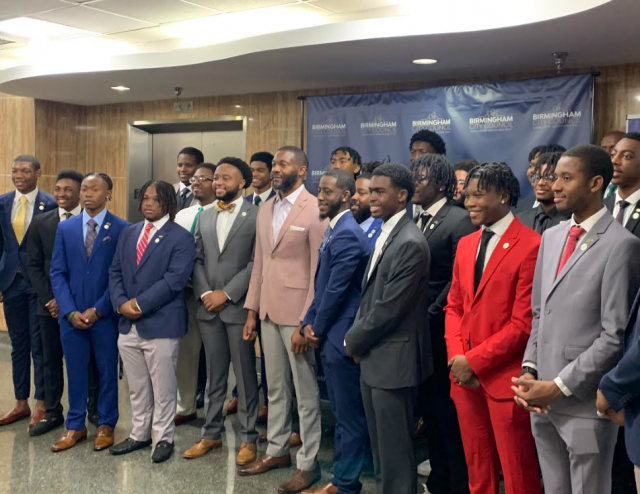 Birmingham Mayor Randall Woodfin, center, surrounded by members of the University of Alabama at Birmingham’s BMEN (Blazer Male Excellence Network) Peer Mentoring Program, which was honored by Woodfin and Birmingham City Council during Tuesday’s meeting. In 15 years of mentoring, BMEN has produced a number of successful alumni, including doctors, lawyers, entrepreneurs and fashion designers.

Daniel Elston, lead mentor for BMEN, said, “From starting out as a vision for inspiring Black excellence, to creating a space to facilitate it, to becoming one of the most prominent groups on campus, the [BMEN] has and continues to make amazing strides in supporting Black men at UAB and within the city of Birmingham,” said Daniel Elston, lead mentor for BMEN. (Ryan Michaels, The Birmingham Times)