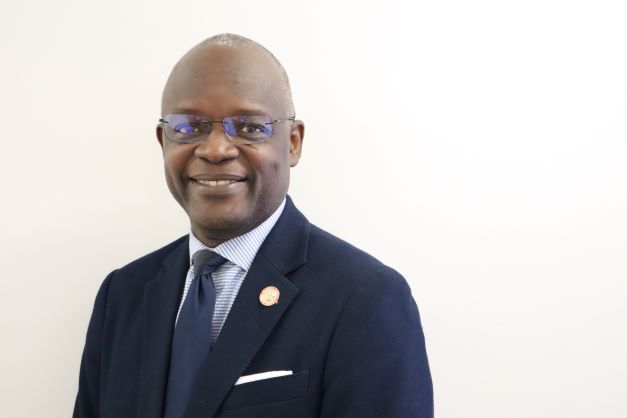 Thomas “Ted” Greer knows what it’s like to do without. The new CEO of Alabama Regional Medical Services (ARMS) understands “the hurt of hunger,” he said.

“There were nights when we didn’t have food to eat,” he remembers about growing up in his family. “I recall dinner, at times, was a plate of rice with gravy, that’s it. I recall mom would have cereal for dinner sometimes. That’s all they could afford, so I understand the struggle.”

In December, assumed his role as the new CEO of ARMS which has “great providers, doctors and nurses,” he said, but more work needs to be done to get the organization into the community. Access is still a problem for many people in Birmingham, he said.

ARMS is an organization which provides low-cost health care services and facilities to people who can’t afford to pay or who lack insurance.

“I think we need to get out in the community and bring some of the services to the people that need them most. Some of the folks here in Birmingham really don’t have transportation. And they’re very sick,” he said.

He brings his life experiences to his role as CEO.

Greer, 59, is the fifth of six children born to Mildred and Thomas Sr., of Antigua and Montserrat, both Caribbean islands, respectively. Greer was born on St. Thomas, one of the American Virgin Islands, in 1964, before the family moved to Miami, Florida in 1974.

Greer said he spent most of his youth in the Caribbean living on Antigua. On the island, Greer said, “You didn’t know you were living in poverty.”

“We had, what I thought, was the best of times. We didn’t have toys and things like some of the other wealthier kids, but it didn’t feel different. It just felt that this was a way of life. We made toys out of mud,” Greer said.

It wasn’t until the family reached Miami in 1974 that Greer said he realized what poverty was.

“The guys that I hung out with, when I visited them, they had these wonderful toys—trucks and toy guns and this, that and the other, and we didn’t have any of that, so it was an eye-opening experience.”

For many Caribbeans, the mainland U.S. was “the heaven,” a place many dreamed to live for its wealth. After coming with his family, the change was shocking, especially the roadways, he said.

“Our eyes were wide-open the whole time. The very highways—driving on I-95 was a scary experience. We’d never been on a highway where people are driving 80, 90 miles an hour. That alone, it scared us to death, like ‘What is going on?’ Everything was just a culture shock,” Greer said.

Growing up in the U.S., Greer said his family remained poor through most of their life. Thomas Sr., Greer’s father, pastored at Ebenezer Assembly of God Church, now Ebenezer Community Church, a tiny church in Miami.

Throughout his youth, Greer said, he didn’t have much interest in the type of profession he has now spent most of his life working. During the early portion of his time at Miami Southridge Senior High School, Greer said, he wanted to be a police officer.

However, a sociology class, coupled with the fact that he had become a sort of emotional counselor for his friends, began to change his career plans, Greer said.

“I became a natural go-to person, when my friends were going through challenges, personal problems, somehow, I was their counselor, at 16 years old, but it was really also the sociology class that sort of moved me away from being a police officer want to do more on the psychology and counseling, which I was doing with my friends.”

Greer also remembers his mother wasn’t particularly fond of him becoming a police officer given the perceived danger of being killed on the job, he said.

“[My mother was] just afraid that that was going to happen to me, and said ‘Ted, you need to think this through. What about when you get married, and every time you step out of that door to go to work, your wife and kids are going to be worried? When are you coming home tonight?’” Greer recalled.

After graduating from Hialeah-Miami Lakes High School in Florida he continued to work a variety of jobs, including breakfast-and-lunch cook at a retirement center, he said.

“I enjoyed that, actually. That became a passion, as well and then…with my desire for people, I started building a relationship with the elderly. As a cook, they loved my food, so I would get to sit with them and talk with them for a while,” the CEO said.

The lentil soup, one of Greer’s own creations, is particularly memorable. He recalled that he regularly looked forward to eating it with crackers.

The inclusion of diced ham toward the last 20 minutes of cooking also made the dish popular with residents. “It just brought all the flavor together and became a hit.”

While Greer has mostly abandoned cooking since his time at the retirement center, he said he’s been trying to cook again since moving to Birmingham.

“There are so many restaurants and so many places to eat [in Birmingham], and all of it is very good, so it started out to be an expensive habit, so I said, ‘Maybe I should start cooking now.’”

When cooking for himself, Greer said, he particularly likes to make baked chicken with rice and either spinach or broccoli.

In 1992, following Hurricane Andrew which destroyed large portions of South Florida Greer said “he felt the call of God on my life to sort of move into a faith leader role.”

He took over Ebenezer Church in 1995 after his father’s retirement and pastored until 2013.

It was in 2000 that Greer also started working for Health Choice Network of Florida (HCNF), a similar organization to ARMS, he said. Greer continued to work there eventually becoming an assistant vice president role.

After earning a bachelor’s degree in social work in 2002 and a master’s in health care administration in 2004 from the former Almeda University in Boise, Idaho, Greer also went on to earn a doctorate in ministry from Christian Bible College in Rocky Mount, North Carolina.

Almeda University is a now-defunct online school, considered by many to be a “diploma mill,” meaning it offered degrees to individuals in exchange for money or substandard requirements. Neither Almeda nor Christian Bible College have been accredited by organizations recognized as official by the United States Department of Education.

“I am certainly not happy [with] what Almeda became, but I believe I completed all required hands-on and coursework before [it became a] diploma mill,” Greer said.

Additionally, Greer said leadership from his church’s then-denomination pointed him toward Christian Bible College. Greer said he earned his doctorate from the school.

“I completed biblical, church administration course work, experience as pastoral staff and completed the required doctoral program with the completion of research requirements to complete the dissertation (with distinction),” Greer said.

In the years since Greer worked his way up at HCNF, he served as CEO of the Center for Family Services of Palm Beach County in Florida and most recently HOPE South Florida, a faith-based organization which provides support in the form of emergency shelter, and other services for homeless individuals, particularly veterans.

Since Greer has lived almost all of his life in Florida, he and his wife Olivia felt it was time for a move. They were considering a move to other states in the South when he was approached by a recruiter from ARMS.

Greer and Olivia now live in Hoover. They have two daughters, Keziah, 22, who is in a doctoral program for physical therapy at Nova Southeastern University in Fort Lauderdale, Florida and Kereyne, 17, who is set to graduate from high school in May. She will attend nursing school at the University of Alabama at Birmingham.

Greer said he and his family love to go on cruises, of which they’ve been on 23.

Given his self-described “humble beginnings,” Greer said he has been surprised multiple times by the numerous opportunities he has been given, imbuing him with a strong optimism.

“Here I stand. I’ve been a CEO for I don’t know, this is my fifth organization, I think, during the height of my career, and a lot of the same people who said it was not possible, they are surprised and often show up at my organization looking for an opportunity,” Greer said.

“I reminisce sometimes about my history, and I’m thinking, ‘This is amazing,’” he added.

Updated at 12:41 p.m. on 2/1/2023 to note that two higher education institutions from which Greer earned degrees are unaccredited.