CRMUC, Inc. Youth Civil Rights Workshops
The Carlton Reese Memorial Unity, Choir, Inc., as part of its activities for the 50th Anniversary of the Birmingham Civil Rights Movement: 1963-2013, sponsored a series of five civil rights related workshops for approximately 40 youth (ages 10-17) throughout the Birmingham Metropolitan area. The workshops were hosted each fourth Saturday from February 2013 to June 2013 at Sardis Missionary Baptist Church, Rev. Dr. Kurt S. Clark, Sr. Pastor.
These youth were privileged to make a connection with their past heritage in workshops entitled: 1. What’s in a Name: The Transformation of a Race in a Name Change; and Why We Can’t Wait: The Birmingham Civil Rights Story by Dr. Martin Luther King, Jr.; 2. Civil Disobedience: Nonviolent Confrontation and Personal Conflict Resolution; 3. Pass It On: The Griots of the Civil Rights Movement (Stories and Songs of the Alabama Christian for Human Rights Choir and the Carlton Reese Memorial Unity Choir); 4. Racial Harmony: Who I Am: Self-Identity and Self-Acceptance; Racial Commonality; and 5. Where Do We Go From Here: Assessment of the State of the Union from the Youths’ Perspectives and Empowering Our Youth to Become Agents of Positive Change.
The youth were participants as discussers, oratorical speakers, dancers, and singers. They were recipients of not only the wisdom of the presenters, but also of the book Why We Can’t Wait by Dr. Martin Luther King, Jr., binders with complied historical information, T-Shirts (Freedom’s Gonna Reign) drawn by youth Shitaria Jackson, as well as breakfast and lunch each workshop, and certificates of participation. The presenters in these workshops included Mrs. Patricia H. Reese, CRMUC Board President, Mr. Scott Douglas, Executive Director of Greater Birmingham Ministries, Mrs. Annetta Nunn, former Police Chief of Birmingham, Mrs. Bettina Byrd-Giles, Intercultural Consultant, Trainer, and Teacher, Mr. James Douglass, American Author, Christian Theologian and Mrs. Shelley Douglass, Co-founder of Mary’s House and Activist, The Carlton Reese Memorial Unity Choir, Rev. Kurt S. Clark, Sr., Pastor of Sardis Missionary Baptist Church, the Honorable Judge Tracie A. Todd, Circuit Judge of Jefferson County. Among other facilitators were Mr. L Wade Black, Executive Director of the Birmingham Pledge Foundation, some young attorneys, and other young professionals from throughout the City.
The youth participants in these workshops will also have the opportunity to see and become part of history lessons that they learned about in the workshops in a culminating music/drama production entitled: “Connecting the Past with the present: Freedom’s Gonna Reign in Birmingham.” The production will tell our story by tracing the history of Birmingham’s Civil Rights Struggle and beyond through songs, dance, and drama of historical scenes. It will be presented in December as the culminating anniversary event of this historical year. Watch for announcements of time and place at a later date. 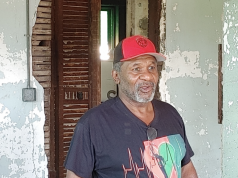 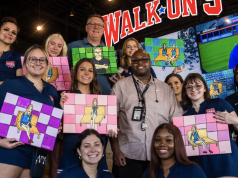 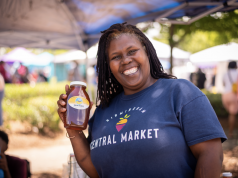