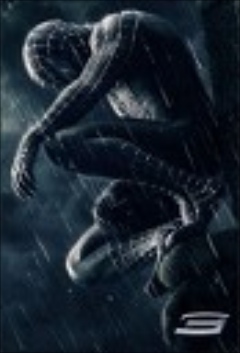 (BLACK PR WIRE) – As a pediatric occupational therapist one of my areas of expertise is visual perception. Many people confuse this with visual acuity or simply being able to see an object. This confusion causes many problems in our community. What someone may see is one thing, however, what someone may perceive is totally another. For example, when you see a letter “B” you understand that it is the second letter of the alphabet and that it makes the “B” sound. You come to know this through your observations and exposure to the letter “B.” The mediums of exposure could be educational television, teachers, books, and a number of other things.   Now, let us take a similar scenario. One comes to know “Black Males” through observation and exposure to “Black Males.” Here, the central exposure medium to “Black Males” is television and the media. This is where perception is built in the eyes of other cultures/races as well as African-American youth.   In media African American males are given a narrowed view they see of themselves. Whether it’s the African American character with his pants hanging off his waist and underwear showing, to the super beyond belief athlete, or seeing a highly disproportionate number of African American faces on the show “Cops,” they are bombarded with negative images.   To directly confront and combat this problem I have authored a book entitled “Just Not Me.” “Just Not Me” was written to highlight these untrue stereotypes and explain to young African American males that they are much more than the simplified images they encounter in the media. It is written in a simplified “Dr. Seuss-like” manner to be appropriate for young ages. It can also be used as a point of discussion for teenagers and young adults as well.  The key to thwarting negative perceptions is to intervene at a young age. We must show these young men positive images. If the media does not give us a “Dr. Heathcliff Huxtable” (The Cosby Show) and instead gives us “Love and Hip Hop” we have to guide our youth to that which is positive. No longer can the media’s negative stereotypical images give our youth definition. We all must stand as positive beacons in the media’s dark realms and empower our young men to say that those images on TV are “Just Not Me” (www.JustNotMeBook.com).