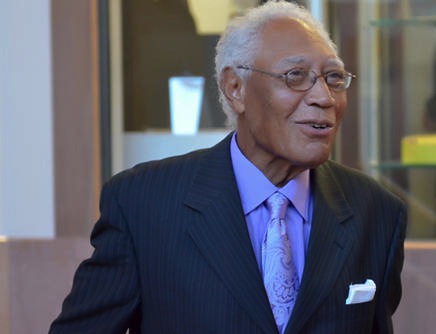 One of the most important words in building a city is pride, by the citizens. If some, maybe a few of us can recall, many years ago most of the people who lived in the housing communities had a garden and flowers. Every Friday they would have a clean-up day. Today the people living in housing communities depend on everyone except themselves to create a garden, plant flowers, cut grass, or even pick up paper. They don’t even call the repo service to tow away cars that have been sitting in their streets for more than two years. Furthermore, they have this unwritten law that if a person breaks the law they will not report it to the proper authorities.

Pride is the key word in the housing community and also a key word in the communities of Titusville and Smithfield. Both of which have turned out the best lawyers, doctors, athletes, schoolteachers, ministers, businessmen and women than any other city in the state of Alabama, in addition to almost any other city in America. I failed to mention the civil rights leaders. The two or three neighborhoods that we can build upon are presently plagued with people fixing hair on the front porch, barbershops in the back room, car washes in lots of the neighborhood, automobile quick-fix shops, rundown houses, cars parked in the front yard and lots with grass that hasn’t been cut in years.

The City of Birmingham is not responsible for this; the people who live in the communities are responsible. We are the ones who need to fix our community. There is an old saying that states, “charity starts at home and then spreads abroad;” we must take one neighborhood at a time and make sure that every neighborhood follows. It makes a difference in your self-esteem when you live in a neighborhood and see beautiful yards, trees, flowers and clean streets. If the neighborhood president and city council, with whatever district it may be, would take this task on and do all the things in a neighborhood that its citizens are supposed to, it would make one proud to say that they live in Smithfield, Titusville, or whatever neighborhood it may be. Crime would go down 100 percent and young people who are fortunate enough to move out of the neighborhoods into surrounding cities would come back to Birmingham. These things mentioned in this column have nothing to do with how much money one has or your occupation, it has to do with pride.

This week we are going to have company, some executives from the Democratic committee are coming to Birmingham. Downtown is beautiful, the streets are clean, the restaurants are open, and in other words it’s impressive. How impressive do you think it would be if we could carry people from the Democratic National Convention through the communities of Smithfield and Collegeville? It is not the city’s responsibility to clean up your house, and it is not the city’s responsibility to give you a ticket for parking on your lawn. It is our responsibility, and we should have the pride.

Sharpe-Jefferson: New Year a Time to Look Ahead — and Reflect