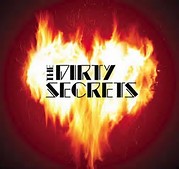 Here is what John wrote:
Dirty Secrets in Alabama Part 8 by JOHN KATOPODIS

“Jesse Lewis Jr.,(sic) spokesman for all Black people.”
It doesn’t seem right to attack Jesse Lewis, Jr. (sic) at his advanced age of 90, but apparently greed has no age limit and I want to provide my unique perspective on his role in Birmingham before he meets his Maker (or I do) and he does not have time to confront my allegations and hold me accountable for them. I have an informed opinion of him for several reasons.
I used to own a third of the stock in the Birmingham Times, which was a major source of embarrassment to Jesse Lewis, especially when I ran as a white man for Mayor. After it was clear that the company was his personal slush fund for fancy cars, women, and clothes, and would never pay a dividend, I sold the stock back to the company at the request of his son. It seemed like a good idea since Mr. Lewis was obviously never going to hold a stockholders’ meeting or issue any financial statements. The Times was an important asset for him as he used it very effectively, despite its low circulation and terrible quality, to convince white businessmen and politicians of every color and stripe that he had enormous and unchallenged influence with the Black community which he could direct at his whim. His life of extortion and influence peddling for personal gain began early, even prior to his working for George Wallace before the Governor’s “Saul” moment on the road to Damascus where he came out loving and respecting people of color.
Years ago, I was called by Arthur Shores and asked to support Dr. Lewis’ appointment as president of Lawson State. Despite his bogus title of ‘doctor’ and lack of experience in education, I regrettably agreed because of my close relationship with the Shores family. (Two of his grandchildren, the twins Damien and Danielle Larkin are my Godchildren). Before he was finished, he had led Lawson to the brink of bankruptcy and almost destroyed the school which has thankfully been renewed under the splendid leadership of Dr. Perry Ward. Jesse had taken all he could from the school, including its reputation, so it was really time to move on.
So for the decades since, he has used his ‘expertise’ as a self-described ‘black advertising genius’ to line his pockets at the public’s expense. From the Civic Center to the Transit Authority to the Alabama Sports Hall of Fame and most lucratively from The Birmingham Water Works Board, he has extorted lucrative contracts and produced absolutely nothing. Time and again, it has been shown that there is no work product from him, nor does he contribute to the economy or black employment, but folks continue to pay him, mostly out of fear of his wrath and alleged influence with the City Council and other political leaders. (He recently suggested that Hillary Clinton choose William Bell as her running mate). Currently, he collects $25,000 a month from the Water Board to promote a public utility that has no competition and will soon be using funds from overburdened rate payers to compete with private business in the bottled water business. The die is cast on this one.
But as lucrative as his consulting contracts have been, they are nothing compared to what he has extorted from politicians feeling they needed his endorsement in The Times. I am still disturbed and disappointed that the first $100,000 raised by the hardest for Larry Langford’s mayoral campaign was paid to this unctuous con man. Moreover, I defy anyone to find a single worthwhile thing in the community that bears his name or has had support from the millions he has made at the public’s expense. The Highland Avenue Golf Course, where he plays daily with his cronies, doesn’t count.” (END)

NOW. When someone called me, then sent me this information above and asked me to comment, my response was, in what prison facility should I contact him. The last time that I heard anything about John Katopodis was that he had been convicted on 97 COUNTS and was in the Federal Prison System.
Here is a little background information taken from the website. (For any additional information that you would like to have, go to the website and google his name.) – Former Birmingham city councilman and Jefferson County commissioner John Katopodis was convicted of fraud for spending money from a charity for children on gambling, trips, gifts to powerful friends and legal fees.
A jury of six men and six women found Katopodis guilty on all 97 counts of mail and wire fraud. Katopodis will be sentenced October. He faces up to 20 years on each of the 97 counts.
He was ordered arrested immediately by U.S. Marshals and held until sentencing.
Among those that were questioned were $5,000 to Marc Anthony Donais, a former porn star known as Ryan Idol. Also questioned: the payment of $8,000 for legal fees to Richard Branson, a Boston-based attorney, and $8,900 for Meridian, Miss., Mayor John Robert Smith, to attend a seminar at Harvard School of Government.
Prosecutors said that gifts Katopodis bought with the charity’s money included a guitar and a digital piano Katopodis and Scrushy bought for Langford in Mississippi in 2001. In a November 2001 letter, Katopodis wrote to Scrushy that Langford ‘was thrilled’ with the gifts.” (END)

HERE ARE THE FACTS:

FACT – When the Birmingham Times was founded over 50 years ago, only 10 percent of the stock was sold to help pay the printing bill.

FACT – I was only able to sell less than $4,000 in stock. How John Katapodis ended with this stock period is beyond my scope of imagination, but my son James E. Lewis, Sr. paid more than 10 times what the stock was worth.

FACT – Had I been running the Birmingham Times, I would not have given him a nickel or a nail.

FACT – My education credentials speak for themselves. I finished my ED.S at Troy State University. My thesis was: “Segregation in Alabama’s Two-Year Post- Secondary Educational Institutions.”

FACT – I finished my doctoral program at Atlanta University and my dissertation, which is registered in the Library of Congress. is: “Selected Skills Perceived to Lead to Success in Higher Education Administration in Community/Junior Colleges in the State of Alabama.”

FACT – At Lawson State Junior College, I made business decisions and as a result of this, Lawson State, today, is one of the top junior colleges in America.

FACT – He was right when he said that Larry Langford paid The Lewis Group $100,000, but what he did not say is from that $100,000, we paid political polling, poll watchers, radio, newspapers and TV advertising, etc.

Incidentally, if my memory serves me correctly, John Katopodis worked in Larry Langford’s campaign and he was paid.
Someone said he was paid $1,000 and my guess is he was over paid.
When I pass and go on to Heaven, I guarantee no one will say that I went to prison for stealing from children.