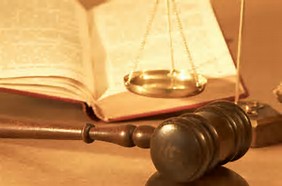 Madison County, Alabama Man Pleads Guilty to Securities Violation
MONTGOMERY, ALABAMA (March 18, 2015) Robert L. Broussard, District Attorney for the 23rd Judicial Circuit, Madison County, Alabama; and Joseph Borg, Director of the Alabama Securities Commission (ASC) announced that on March 12, 2015, Richard David Hall of Huntsville, Alabama, pled guilty in Madison County Circuit Court to one count Conspiracy to Commit Securities Fraud by Employing a Device, Scheme, or Artifice to Defraud.  At the time the offense was committed it was a Class C felony punishable by not more than 10 years, nor less than 1 year and 1 day in prison and not more than a $15,000 fine per charge.  Based upon Hall’s plea of guilt, the State of Alabama recommended a 10-year sentence and that Hall be jointly liable for restitution in the amount of $3,265,000. Hall remains free on a $60,000 bond, pending a formal sentencing hearing scheduled on April 23, 2015.
Hall’s plea is a result of a June, 2014 Madison County Grand Jury indictment. Hall fraudulently solicited investor funds to be used in a managed gold “buy-sell” program. The pitch was that the investors’ funds would purportedly purchase gold in Ghana, Africa, to be traded internationally, thus making a profit for the investors.  Initially, Hall and his co-conspirators used a company named “First Fin” to obtain investors’ funds.  The supposed trading of gold never occurred and investors’ funds were actually wired through an attorney trust account.  The attorney managing the trust account then immediately wired the funds to Hall who sent the money to his co-conspirators and kept a portion for himself.  Later, Hall created a company named “Berea” and used the same documentation of First Fin, merely changing the name to Berea, Inc.  Hall and his co-conspirators fraudulently used the same sales pitch with Berea as with First Fin.  Hall and his co-conspirators also fraudulently schemed to promote the use of non-existent or fake bank instruments to provide accounts on which money could be borrowed to purchase gold in their related trading program. All of Hall’s and his co-conspirators’ investment programs resulted in significant losses of investors’ funds.  ASC records indicated that neither Hall nor his co-conspirators were registered with the ASC to legally conduct securities business in Alabama, as required by the Alabama Securities Act.
The ASC cautions potential investors to thoroughly scrutinize and research any investment opportunity or offer. Contact the ASC with inquiries concerning securities broker-dealers, agents, investment advisers, investment adviser representatives, financial planners, registration status of securities or debt management programs, to report suspected fraud or to obtain consumer information. The ASC provides free investor education and fraud prevention materials in print, on our website and through educational presentations upon request.