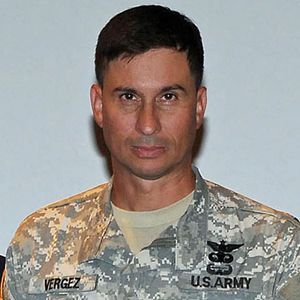 Former U.S. Army Colonel Pleads Guilty to False Statements and Conflict of Interest in Connection with Helicopter Procurement Contracts
TUSCALOOSA – A former colonel in the U.S. Army pleaded guilty today in federal court for criminal misconduct arising from his duties associated with various helicopter procurement contracts at Redstone Arsenal in Huntsville.
U.S. Attorney Joyce White Vance, FBI Special Agent in Charge Roger C. Stanton, Special Inspector General John F. Sopko for Afghanistan Reconstruction, Deputy Inspector General for Investigations James B. Burch of the Defense Department’s Defense Criminal Investigative Service (DCIS), and Frank Robey, director of the U.S. Army Criminal Investigation Command’s (CID) Major Procurement Fraud Unit made the announcement.
NORBERT VERGEZ, 49, formerly of Mesa, Ariz., pleaded guilty before U.S. District Judge L. Scott Coogler to the three counts of a government information filed last week: two counts charging false statements and one count charging conflict of interest. No sentencing date has been set.
“Colonel Vergez placed his own financial ambitions and personal loyalties above his duties as a member of the armed forces,” Vance said. “In doing so, he betrayed the U.S. Army values of honesty, integrity and selfless service, which are hallmarks of military service. This prosecution highlights our commitment to hold responsible those who, by word and deed, corrupt the government contracting process.”
According to his plea agreement, Vergez served from 2010 to 2012 as the program manager for “Non-Standard Rotary Wing Aircraft” (NSRWA), a component of the Army located at Redstone Arsenal, which was responsible for contracts involving certain “non-standard” helicopters, including the Russian-made Mi-17.
Vergez pleaded guilty to three instances of making false statements and using false writings in communicating with the Department of Defense Office of Inspector General (DODIG) in connection with a DODIG audit of a Mi-17 overhaul contract administered in part by NSRWA. One aspect of the audit had to do with the role NSRWA played in certain contract disputes that involved various contractors and subcontractors in the contracting chain, including a third-tier subcontractor known as Avia Baltika Aviation Ltd. (AVB). Vergez admitted in his plea agreement that on two occasions he made or caused his office to make false representations to DODIG that his office had no direct contact with AVB concerning its subcontract on the Northrop Grumman contract, when, as Vergez then knew, he and his direct subordinates at NSRWA had significant direct contacts with AVB related to its subcontract.
Vergez also admitted that on Feb. 1, 2012, he directed a subordinate official to create and sign a document bearing the typed date Dec. 5, 2011, representing that a $3.67 million claim by AVB under the contract was reasonable. As a result of this backdating, it falsely appeared that the subordinate official had approved the $3.67 million payment before directions were given to Northrop to make that payment. That document was then provided to DODIG in response to its requests for supporting documentation surrounding this attempt to have Northrop pay AVB.
According to the plea agreement, Vergez admitted that he engaged in a criminal conflict of interest by taking official acts as a government official to assist a helicopter manufacturing company in negotiating a “foreign military sale” and adjusting a contract so that the company received payment faster than originally agreed upon at a time when Vergez was negotiating future employment with that company.
Vergez further admitted that he made false statements in his “Confidential Financial Disclosure Report,” a government ethics form, for the year 2012, by not disclosing that his wife had received a Rolex wristwatch from the wife of a representative of AVB; that he had accepted an offer of employment with a private company; and that he had received a $30,000 check from that company.
The Special Inspector General for Afghanistan Reconstruction (SIGAR), DCIS, CID and the FBI investigated the case. Department of Justice Trial Attorney Mark H. Dubester of the Criminal Division’s Fraud Section (on detail from SIGAR) and Assistant U.S. Attorneys Henry Cornelius and Ramona Albin are prosecuting the case.