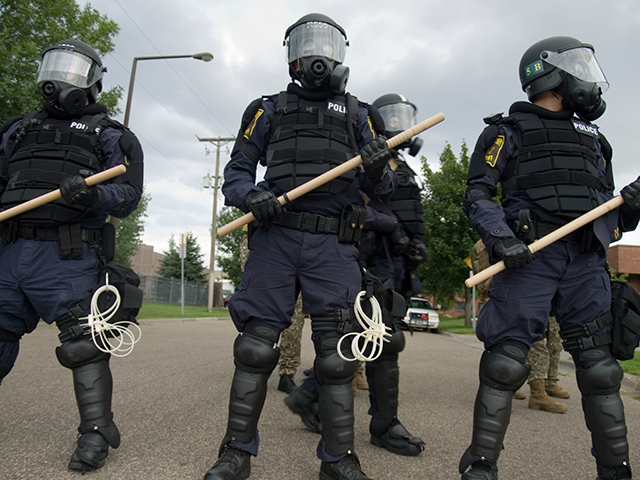 Mayors and Police Chiefs Issue Report, Calling for Outside Investigators

Washington, D.C. – As the situation in Baltimore continues to unfold, the nation’s mayors today are reissuing their recommendations on improving community policing, initially disseminated under the leadership of U.S. Conference of Mayors President Sacramento Mayor Kevin Johnson at the Conference’s 83rd Winter Meeting in Washington, D.C. in January.

The recommendations were unveiled by Gary (IN) Mayor Karen Freeman-Wilson, who chairs the USCM Working Group of Mayors and Police Chiefs, following a four-month review of policies and best-practices nationwide, during a session titled “Strengthening Community Policing in the 21st Century.

The Conference’s working group was formed by Johnson following the tragedy in Ferguson and an October meeting in Little Rock, AR where over 100 mayors and police chiefs met at the William J. Clinton Center in Little Rock, AR to discuss different community-policing strategies, lessons to be learned from the situation in Ferguson and ways to build trust between law enforcement and city officials.  The group was charged with developing a series of recommendations for local and national actions intended to improve policing in America.

The full report of recommendations, which will inform the work of President Obama’s Task Force on 21st Century Policing, is available at www.usmayors.org, but topic areas of focus are as follows:

During the Community Policing session, Johnson said, “Mayors stand at the crossroads of their communities.  We are the leaders best positioned to bridge the gaps in trust and understanding our residents, all of whom want what is best for our cities.”  Johnson also participated in the first public listening session of President Obama’s Task Force on 21st Century Policing on January 13 in Washington, D.C.

Commenting on the work of the USCM Working Group, Mayor Freeman-Wilson said, “Mayors and police chiefs know full well that effective community policing is practiced in a constitutional manner by many police departments, and the vast majority of police officers have developed trusting relationships with the communities they serve.  But, we also know there ought to be full confidence with the public in our law enforcement. … If our quest is to achieve a sense of justice in our communities, we have a responsibility to address these issues whenever there is a police-involved death. … This an opportunity for mayors to lead and we can choose to navigate around these issues, or we can create a new landscape in our communities to create a better future for our children.”

Of the mayors’ recommendations, Chief Ramsey said, “We will use this document to help us in our work moving forward.  We need the support of the nation’s mayors to help us meet our deadline.”  The Task Force’s report to President Obama is expected by March 2, 2015.

Executive Director Davis spoke of his office’s on-going work with The USCM saying, “The COPS office is tasked with supporting the work of the President’s Task Force.  We know that trust is key to public safety and requires strong relationships.   It is a great honor to serve in this capacity and we appreciate the work of the nation’s mayors.”

During the Winter Meeting, mayors also released the public safety findings results of a Zogby poll, which surveyed public perceptions of local, state and federal government officials in late December.  The poll (at usmayors.org) found that:

The U.S. Conference of Mayors is the official nonpartisan organization of cities with populations of 30,000 or more. There are nearly 1400 such cities in the country today, and each city is represented in the Conference by its chief elected official, the mayor. Like us on Facebook at facebook.com/usmayors, or follow us on Twitter at twitter.com/usmayors.