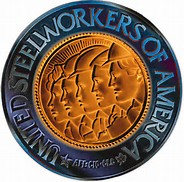 “Prime Minister Abe delivered a speech highlighting the strong partnership between his country and the United States.   There is much that our two countries can do together to promote growth and opportunity around the world. We value the alliance as we value USW alliances with trade union brothers and sisters in Japan.

“But the Prime Minister was here in Washington, in part, to try and put the finishing touches on the proposed Trans-Pacific Partnership (TPP) 12-nation trade agreement.   At this point, the potential benefits for Japan to continue the lopsided trade benefits it enjoys are great, while the opportunities for U.S. farmers, businesses and workers are rather limited.

“Time after time, U.S. trade negotiators have promised the American people that Japan will change, that the latest trade initiative will finally open up the Japanese market to our products.   However, year after year we have seen the results: rising trade deficits with Japan, a closed market to our products and lost opportunities for America’s workers.

“Last year, the U.S. ran a trade deficit in autos and auto parts with Japan of $48.3 billion.   While the TPP is expected to have a lengthy phase-out period on U.S. tariffs on autos coming into our country, the tariff on auto parts will be reduced more quickly.   This will only add to the huge deficit we already run, which has cost thousands of workers their jobs.

“Promises of market access in Japan in the critical auto parts sector are unlikely to yield much, and since the negotiated text is unavailable to be viewed by the public, our union is unable to verify those promises.

“In addition, the Obama administration continues to not even ask for the inclusion of meaningful and effective disciplines to combat currency manipulation – a practice that Japan has employed in the past to steal market share, sales and jobs from U.S. producers and their workers.   Other TPP countries like Malaysia also engage in currency manipulation, but the administration refuses to even consider action on this predatory trade practice — despite the fact that a bi-partisan majority in Congress favor such action.

“The USTR’s inability, or unwillingness, to strengthen country ‘rule of origin’ standards in free trade agreements has become problematic. Rule of origin standards determine how much of a product must be from the free trade area (FTA) to qualify for all trade benefits. Unfortunately, USTR has consistently permitted high standards to be reduced.

“The North American Free Trade Agreement (NAFTA) required 62.5% of the content originate within the FTA, which was reduced to 50% in the US-Australia FTA and further to only 35% in the US-Korea FTA. Lower rules will lead to additional U.S. auto part job losses.

“It would be unfortunate if we let a car imported from a TPP country duty free to contain 65% auto-parts from non-TPP partners like China. Especially since the administration continually argues that we must write the rules, or China will.

“If we allow rule of origin standards to be eroded, we are already letting China write the rules in trade.

“Japan’s Prime Minister Abe is right to fight for concluding the TPP, since the advantages for Japan appear to be great, while the benefits for the U.S. are still questionable.   Congress should thoroughly review the proposed text and make sure that an agreement doesn’t continue the lopsided relationship we already face.

“Stopping the ‘Fast Track’ proposed legislation recently introduced in Congress is the right path for American working families who don’t want a bad trade deal rammed through without needed amendments.”

For USW resources on why the Hatch-Wyden-Ryan Fast Track (S.995/H.R. 1890)bill is wrong: CLICK HERE. The USW represents 850,000 workers in North America employed among industries that include metals, rubber, chemicals, paper, oil refining, plus the service and public sectors. See us at: http://www.usw.org/.