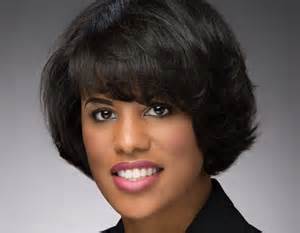 There have been four women mayor presidents of the organization – Elizabeth Kautz of Burnsville, MN, Beverly O’Neill of Long Beach, CA, Deedee Corradini of Salt Lake City, UT, Kathryn Whitmire of Houston TX and Helen Boosalis of Lincoln, NE.  Rawlings-Blake is the sixth woman president, but the first African American Female to take the post in the eighty-three year history of the organization.

During the four-day gathering of nearly 300 mayors, city leaders met to discuss a broad range of policy issues impacting America’s cities and their economic health including community policing, federal investment in America’s cities and public-partnerships that drive innovation and efficiency.

As Conference President, Mayor Rawlings-Blake will set the organization’s agenda, appoint committee and task force chairs and serve as the national spokesperson for the June 2015-June 2016 term.  In her inaugural remarks, Mayor Rawlings-Blake spoke to issues of community policing and its direct connection to the lack opportunity in many communities.

“At a time when women and African American women especially, still face many challenges, the honor of being a female President of this organization and the first African American female President is not lost on me.  … We talk a lot about how cities are on the upswing. Articles and books are being written about the new renaissance that&#039;s taken place reversing a trend of decades of decline of cities. And it&#039;s all great. But as you all saw two months ago there are still very large segments of our cities that feel disenfranchised, disaffected and disgusted. They don’t see the growth and positivity that occurs in other parts of town. It&#039;s an issue of opportunity as much as it is an issue of policing. It&#039;s as much an issue of jobs as it is policing. It&#039;s as much an issue of community development as it is policing. It is as much an issue of education as it is community policing. And we don’t lose sight of that.”

Rawlings-Blake underscored the strength of cities and explained she would ensure urban issues are infused into the 2016 political discussion.

“We will make sure that our priorities are part of the national debate and that commitments are made to our cities and urban America. I want this year to be the year that we make our voices heard and drive the agenda. … Nearly 90 percent of the people and 90 percent of the jobs are in our metro areas. And because of that, Washington needs to step up.”

She also reminded the mayors of power of the bipartisan organization.

“But we’re not waiting for others to help. Every day in every way, each of us are making progress in our cities. And that progress is propelling our country forward. We need to own our power.  …Part of this compact should not be what we are asking others to do for us but we can do for ourselves. We can show the progress and impact we collectively can and do make to create a new normal. That we put our money where our mouths are and so should our State Houses and so should Washington.”

“She’s been elected by her peers said Tom Cochran, USCM CEO and Executive Director. “It’s one of the highest honors you can have as a mayor.  For one year, she’s America’s mayor.  It’s a very powerful position.”

Prior to becoming the President of the Conference of Mayors, Rawlings-Blake served as Vice President over the past year.  Before being elected to serve on the organization’s Executive Committee, she was a member of the Mayors’ Water Council for two years (2010-2012), and then became its co-chair in 2012.  Most recently, Rawlings-Blake served on a special working group of mayors and police chiefs put together by Sacramento Mayor Kevin Johnson during his Presidency to develop a series of recommendations for local and national actions intended to improve policing in America.  The group presented its final recommendations to President Obama’s Task Force on 21st Century Policing at its Winter Meeting in January in Washington, D.C.

Under her leadership, Baltimore has received numerous awards from the USCM:

• A Community Wins Award in 2015 $300,000 to Civic Works, Inc. for its work with Growing Green Tracks Team — a collaborative effort to address blight and improve the city’s image of Baltimore as is seen by millions of passengers along Amtrak’s Northeast Corridor.

• City Livability Awards in 2011 for the Vacants-to-Value program that utilizes the privvate market to maximize the repair and rehabilitation of vacant properties; and in 2012 for the ‘Power in Dirt’ program, which converts vacant lots around Baltimore into community green space given a limited city budget.

• A GRO1000 Garden and Green Space Award in 2012 for $15,000 to the Parks and People Foundation for a new initiative to create community vegetable gardens that will serve as educational sites where residents can learn about growing and cooking healthy food.

• An Award of Distinction in 2011 for the Lead-Safe…For Kids Sake Grant Program, which provided $50,000 funding for lead abatement in the Baltimore community.

“Congratulations to Mayor Stephanie Rawlings-Blake.  She is an inspiring leader and will undoubtedly serve as an impressive president of USCM,” said New Orleans Mayor Mitch Landrieu.“America’s mayors stand at the forefront of the most pressing issues directly affecting our day-to-day lives.  USCM is a bipartisan organization uniquely positioned to tackle these challenges.  I am honored to join the leadership team as Second Vice Chair and support the hundreds of talented member mayors.  There is no better time for mayors to stand up and lead than right now.”