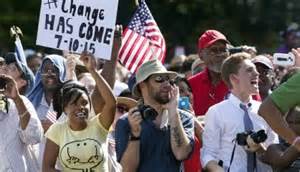 (PHILADELPHIA, PA) – Today, at the NAACP 106th National Convention, the National Board of Directors voted to end the 15 year economic boycott of South Carolina. The NAACP is looking forward to the membership body of delegates casting an affirmative vote for this emergency resolution, Tuesday, July 14, 2015.  You may read the emergency resolution here.

In light of these developments, the NAACP has released the following statement: 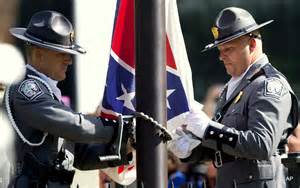 From Roslyn M. Brock, Chairman, NAACP National Board of Directors:

Today is a historic day as 15 years ago we waged an economic boycott against the state of South Carolina. While the conclusion of our boycott is a proud moment, we will continue to demand more. All across the country, vestiges of hatred and oppression remain.  Removal of the flag is a symbolic victory, but we must not lose sight of the systemic challenges including discrimination in our criminal justice system, economic system, employment, education, housing, health care, or other barriers to full and equal protection under law and full first-class citizenship. The NAACP will continue to move onward in the fight for justice until equality is achieved for all Americans.

The NAACP’s decision to lift its economic boycott on the state of South Carolina comes 15 years after exerting consistent and aggressive economic pressure on state lawmakers to bring the well known symbol of racial oppression down. The removal of this emblem of hate is not only a victory for the state of South Carolina and the families of the nine students of scripture who lost their lives in a historic church, but it is a victory for the NAACP and the nation as we all work together to a forge a more perfect union. In no way does removing the Confederate flag in South Carolina fix the problems of our nation that are rooted in racism and bigotry, but the flag’s removal is a very important step in ceasing to glorify a bygone era in which African Americans were treated as second class citizens. This is a vindication of the grassroots advocacy of the NAACP.