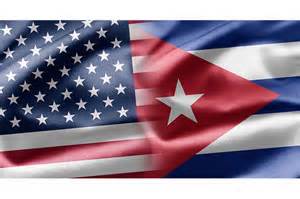 Advice is like applesauce. It tastes sweet to the tongue at first, but then dissolves into a tasteless afterthought.
Consequently, the statement by US Secretary of State John Kerry at the flag-raising ceremony during the reopening of the US embassy in Havana, Cuba, on Aug. 14 leaves a horrible taste in the mouth of anyone who has studied American history and US-Cuban relations.
“We remain convinced that the people of Cuba would be best served by a genuine democracy,” Kerry insisted. But the advice is a frosted flake dipped in a cup of bitter memories.
To suit its purposes, the US will destroy a genuine democracy, so it can build a counterfeit democracy. That’s what happened in the Ukraine in 2014, when the US’s black president helped remove as Ukrainian president the nationally- and democratically-elected Viktor Yanukovych, so he could replace him with the East-Ukrainian- and neo-Nazi-elected Petro Poroshenko.
Hence, to a certain extent, we agree with Kerry. Just because a country has democratic elections, we should not infer it is genuinely democratic.
Thus, while the US calls itself a genuine democracy, it sees no contradiction in overthrowing genuine democracies. Its ears blot out the sirens of freedom beneath head phones of fear, while its head bobs to anthems of jingoism, if it suspects another country’s democracy threatens its own democracy.
Therefore, to Cuba, a word of caution regarding trustworthiness. Usually, from a good beginning comes a good ending. But given the US’s history of untrustworthiness, the good beginning of restoring diplomatic relations with the US may prelude the beginning of another bad ending for Cuba.
If you could not trust the US before the revolution and you could not trust it during the revolution, you should not trust it after the revolution. Remember, the only thing consistent about the United States is that it is consistently inconsistent.
Regarding human rights, human rights as defined by the UN and human rights groups worldwide and human rights as implemented by the US are not the same, as you well know. By human rights, the US means oppose torture, as long as it can continue to torture; hate terror, so long as it can impose terror; resist racism, though it’s legal for its racists to practice racism.
Thus, the meaning of human rights by the UN and human rights groups stands as a firewall, a serum, against the virus of the US meaning.
As a matter of fact, speaking of racism, you forced white Cuban racists out of Cuba when you had no diplomatic relations with the US. You should not let those racists return to Cuba now that relations have been restored. Relations may have been restored, but the racisms still remain.
This caution applies to future business relationships with US companies as well. You should not consent to agreements with clauses you cannot monitor or negotiate with companies whose sincerity you cannot smell.
For example, if the National Security Agency and other US federal agencies employ telecommunications companies, such as AT&T and Verizon, to spy on US citizens, you should expect those companies, if you sign contracts with them, to be even more eager to aim their eagle eyes at you and your citizens.
Moreover, when it comes to social media and internet access, your choices dangle between bad and worse. If you give Google and Facebook access to your internet, you become their flunky. But if you don’t develop a powerful social media similar to Twitter, Twitter becomes your Hitler.
In return, what do those social media giants promise you? They promise you access to your own internet without you being an equal partner. They promise to expand your social media by not sharing with you essential and advanced technology. They promise to govern you as a fair employer, as long as you remain an enslaved employee. They promise you Batista all over again.
Finally, concerning the embargo, you chose to remain free and unchained by resisting the embargo. And you have suffered. You should not spray on your independence the perfume of slaves by yielding to unreasonable demands from the country that imposed the embargo.
Future prosperity rests not in slavery, but in freedom—not in reliance on an unreliable United States, but in a long-lasting relationship with China, Russia and other prosperous nations.
So, don’t make the same error a deer makes when it drinks water from a lake full of pythons and anacondas a second time. It is grabbed, it is squeezed, it is swallowed. And we know you won’t.