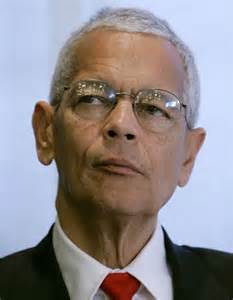 WASHINGTON, D.C. – Congressional Black Caucus (CBC) Chairman G. K. Butterfield released the following statement on the passing of Civil Rights leader Julian Bond:
“Our hearts are deeply saddened upon hearing news of the passing of our dear friend, Dr. Julian Bond, a forefather of America’s Civil Rights Movement and one of our country’s greatest advocates for freedom, equality and equitable treatment for all people.
“From his work as a student leader during the 1960s to his service in the Georgia House of Representatives and Senate, Dr. Bond was a leader in the fight against racism and segregation.  As founding President of the Southern Poverty Law Center to Chairman and later Chairman Emeritus of the NAACP, Dr. Bond continued his work educating citizens around the world of the struggles of African Americans and the history of civil rights in America.  Dr. Bond spent his lifetime in public service calling for equal civil and human rights, not only for African Americans but for every American, and until his untimely death, he was an advocate, activist and a dedicated champion who fought for the most vulnerable individuals and communities among us.
“Today, we mourn the loss of an American civil rights icon, but we continue to celebrate his life and legacy by ensuring that all Americans share equal access to opportunity and freedom to achieve the American Dream.  We extend our thoughts and prayers to Dr. Bond’s family, his wife Pamela Horowitz, his five children, and to individuals around the world who were touched by his compassion, dedication and commitment to equality and justice for all.”
# # #
Since its establishment in 1971, Members of the Congressional Black Caucus (CBC) have joined together to empower America’s neglected citizens and address their legislative concerns.  For more than 40 years, the CBC has consistently been the voice for people of color and vulnerable communities in Congress and has been committed to utilizing the full Constitutional power and statutory authority of the United States government to ensure that all U.S. citizens have an opportunity to achieve the American Dream.  To learn more about the Congressional Black Caucus, visit http://cbc-butterfield.house.gov.