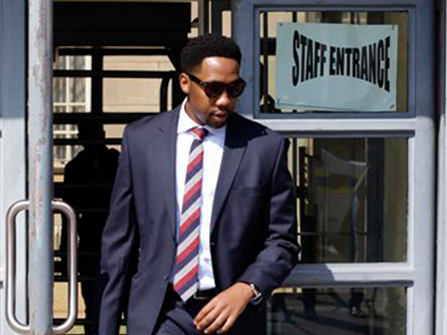 JOHANNESBURG (AP) — A South African judge has granted bail to one of Nelson Mandela‘s grandsons, accused of raping a 15-year-old girl.
On Tuesday, Judge Pieter Du Plessis granted bail of 7,000 rand, nearly $540. The 24-year-old is accused of raping the girl at a Johannesburg-area restaurant on Aug. 7.
In granting bail, the judge said there was a reasonable prospect that a trial could end in an acquittal.
The Mandela grandson’s lawyers tried to prove that the teenager appeared to be above the legal age of consent, which is 16. They also argued that the encounter was consensual, presenting written witness testimony.
(Photo Source: AP)