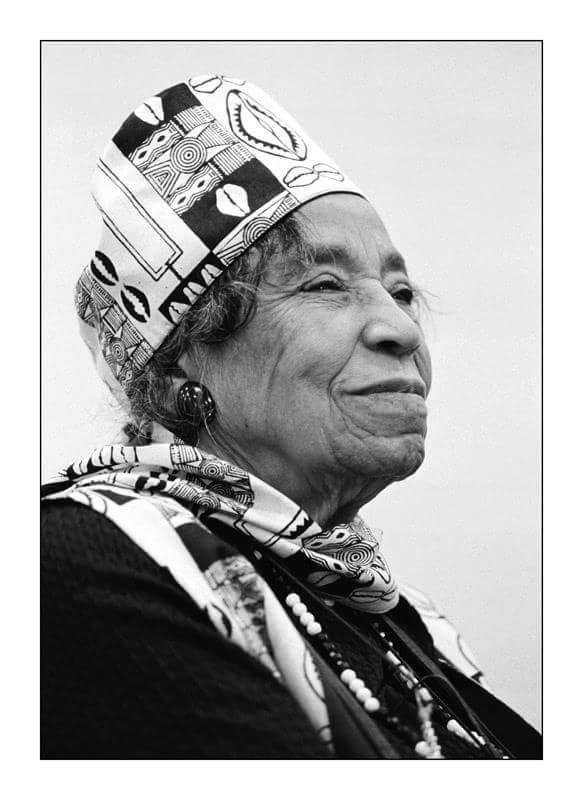 The Family of Dr. Amelia Boynton Robinson makes the following statement regarding their Loved One, Dr. Amelia Boynton Robinson:
“Last month, Dr. Amelia Boynton Robinson was hospitalized after suffering a massive stroke.  Presently, she is in stable, but critical condition.  Her physicians, nurses and other health care providers are working around the clock to give her the best of care and the required medical attention she needs. The Family asks that you continue to lift her up in your prayers for recovery, and to lift up the Family in your prayers as we bind together in our Loved One’s best interest.  We also ask that you respect our wishes for privacy regarding visitation while Dr. Boynton Robinson is undergoing all available treatment to overcome her condition.  Thank you.  The Family of Dr. Amelia Boynton Robinson.”
Dr. Boynton Robinson’s medical and other expenses are tremendous.  Those who wish to assist the Family with these mounting costs should contact the following persons:  Dr. Boynton Robinson’s Probate Court-appointed Guardian/Conservator and daughter, Mrs. Germaine A. Bowser at (267) 252-7750, and/or her son and Probate Court-appointed Joint Guardian, Atty. Bruce Boynton at (334) 349-3694.
A native of Savannah, Amelia’s parents were George and Anna Hicks Platts, with roots in South Carolina.  She is the grandniece of one of America’s first African-American Congressmen, the Honorable Robert Smalls of South Carolina, and second cousin to the Reverend Frederick Eikerenkoetter (best known as Rev. Ike), formerly of New York.
Amelia is a 1927 graduate of then-Tuskegee Normal and Industrial Institute, under the leadership of Tuskegee’s second president, Dr. Robert Russa Moton.  She is the second oldest living alum of the historic institution.
She and her former schoolmate at Tuskegee, Mr. S.W. “Bill” Boynton, worked together as county agents for the United States Department of Agriculture in Selma, Dallas County, Alabama and were later married. They became known as “Mr. and Mrs. Civil Rights” for their work to uplift Blacks and poor people in the area.  Amelia was the first woman in the country to serve as a county agent with the USDA.  She and Bill had one son, Bruce Carver Boynton, an attorney, whose godfather was Dr. George Washington Carver.
The Boynton’s were the first blacks in Alabama to own an insurance company, as well as a real-estate and employment agency.
Amelia became a registered voter in Alabama 83 years ago in 1932.  For most of those years, she has worked to make life better for the down-trodden, including her work in helping to initiate the federal food program for low-income children.
In 1964, she was the first black woman from Alabama to seek a seat in the United States Congress, and the first woman, black or white, to run on the Democratic ticket in the state.
A resident of Tuskegee, Alabama since 1976, Amelia’s role in the civil and voting rights movement in Selma, including a reenactment of “Bloody Sunday,” was portrayed in the Academy Award-winning movie, “Selma,” which premiered on January 9, 2015.
A monument now stands at the foot of the Edmund Pettus Bridge, commemorating and memorializing Amelia’s bravery and hard work in Dallas County, Alabama, thanks to Southern Christian Leadership Conference W.O.M.E.N. of Atlanta and the National Voting Rights Museum and Institute of Selma.  An author and historian, Boynton Robinson has given presentations all over the world.  Her book, Bridge Across Jordan, has published in five languages.
In January, Amelia attended the 2015 State of the Union Address in Washington, D.C., where she met with President Barack Obama.  She has been endorsed as a nominee by the National Nominating Committee launched in Tuskegee for the 2015 Presidential Medal of Freedom (selection pending), and in March, she journeyed across the Edmund Pettus Bridge during Selma 50th, hand-in-hand with the President of the United States.  To show how significant and impactful the experience is to him, President Obama chose a photograph taken of the event with Mrs. Boynton Robinson holding his left hand and Congressman John Lewis holding his right hand as his Twitter page profile picture!
On May 2, 2015, Dr. Boynton Robinson received her first Honorary Doctorate Degree in Humane Letters from a Historically Black College or University, Paul Quinn College of Dallas, Texas, honoring her Lifetime of Work Committed to Voting and Civil Rights.
During the Spring Commencement at Tuskegee University on May 9, 2015, this centenarian had the distinct honor of meeting with the First Lady of the United States, Michelle Obama, who gave a very powerful Commencement address to the graduating class.
In Houston, Texas, during its 2015 National Convention on July 24, 2015, Delta Sigma Theta Sorority, Incorporated paid homage to such a Distinguished Legend as Amelia Boynton Robinson with its highest and most esteemed honor, the Mary Church Terrell Award.
The Congressional Black Caucus has selected Dr. Boynton Robinson to receive its Harold Washington Phoenix Award at its Annual CBC Awards Gala on September 19, 2015 in the Nation’s Capitol.

-30 –
Submitted on behalf of the Family by
Atty. Lateefah Muhammad
Tuskegee Institute, Alabama