(CNN)The video shows a South Carolina school resource officer standing over a student, seated at her desk. He puts his arm near her neck, then yanks her backward. The desk tips over and the student crashes onto the floor.

The uniformed officer doesn’t let go, sharply tugging the student toward the front of the classroom. She flies out of her desk and slides several feet across the floor.

“Give me your hands,” the officer says.

His is the only voice heard. Other students sit calmly and quietly, one of them covering his face with his hand.

Yet many haven’t been so quiet since the footage out of Columbia, South Carolina, surfaced.

Some have defended the officer, many pointing out that the video isn’t complete. It doesn’t show what happened before, including what the student did and how many times authorities — a teacher, a school administrator and finally the officer, Richland County Sheriff’s Deputy Ben Fields — had asked her to get up.

Others, though, think the video shows more than enough to warrant Fields’ firing. There’s no excuse, they say, for a law enforcement officer to act that way against a student who hasn’t harmed or threatened anyone.

“I can’t imagine any justification for treating a child like that in a classroom,” Victoria Middleton, the head of South Carolina’s ACLU chapter, told CNN’s “New Day” on Tuesday. “… Whatever led up to it, whatever rationale may be presented, does not justify the force with which that student was treated.”

Curtis Lavarello, one of more than 46,000 people employed full time as school resource officers, has seen this kind of scenario “played out hundreds of times, … and it’s one that can be handled so simply.” But he can’t explain why this one was handled as it was.

“We saw a pretty routine discipline issue become a criminal issue in just a matter of minutes,” said Lavarello, head of the School Safety Advocacy Council. “… It escalated needlessly.”

At least two videos shot by students show the dramatic scene Monday inside a math classroom at Spring Valley High School. None show much of what happened before it, however.

According to Lt. Curtis Wilson, a spokesman for the Richland County Sheriff’s Department, the instructor had asked the student “to leave the class several times.”

“The assistant principal was there as well,” Wilson said. “Then the officer was called to actually have the student removed from that location. The student refused.”

This is where the video picks up, capturing Fields as he says, “You’re either going to come with me, or I’m going to make you.” Click the photo below to see the video. The student doesn’t budge. Fields tells her, “Come on, I’m going to get you up,” and tries to pull her from the desk.

The officer gets the student up only after she first crashes to the floor and is then flung across the room.

Wilson said that no one was injured in the incident.

The student — who was released to her parents after the incident — faces a charge of disturbing schools, according to Wilson. Another female student, Niya Kenny, faces the same charge after allegedly standing up for the other teenager, her mother, Doris Ballard told CNN.

The FBI and area U.S. Attorney’s Office have opened a civil rights investigation to determine whether federal laws were violated during the student’s arrest, a Justice Department spokesperson said.

Sheriff Leon Lott said that the FBI will be the lead agency in a criminal investigation.

“We do not want any issues with the community or those involved having questions concerning conflicts of interest in this investigation,” he said.

For now, Fields is on administrative duties and won’t return to his customary assignment at Spring Valley High. And his boss, Lott, is determined to get to the bottom of what happened.

“He was disturbed by what he saw, (and) he has questions just like everybody else does,” Wilson said of Lott. “And he wants answers to those questions.”

Whatever happened before the incident, criminology expert David Klinger finds it hard to justify the deputy’s actions.

“It literally makes no sense, as I’m looking at it, why he would escalate to that point — [to] pick her up, pick up the chair she’s in, the desk she’s in, and toss her,” said Klinger, a criminology professor at the University of Missouri-St. Louis.

“There may be some logical explanation, but I can’t see it.”

“I don’t care what this kid supposedly did. She’s a kid,” Charles Clymer tweeted. “Did she threaten his life? No? End of discussion.” Julia Carmel wondered what would have happened if there was no video footage.

“When a cop can be as violent as the #AssaultAtSpringValleyHigh video in front of classroom audience, I fear what he’d do w/ nobody watching,” she tweeted.

James Manning, the head of the Richland School District Two board, called the video “extremely disturbing.”

“I can assure you that we are taking this matter very seriously,” he said in a statement. “The district superintendent has been in constant contact with the Richland County sheriff to express our concern over this matter, and the district has banned the deputy in question from all District Two property.”

Analyst: The officer was within his rights

CNN law enforcement analyst Harry Houck, though, cautioned against jumping to conclusions about Fields, even if the video “looks really bad.”

If an officer decides to make an arrest, Houck said, he or she “can use whatever force is necessary.”

“So if you don’t comply with my wishes … then I can do whatever it takes to get you out of that seat and put handcuffs on you,” said Houck, a former New York police detective.

That said, Houck questioned why the officer was even called in to deal with the student in the first place.

“Cops are at a school in the event a crime is being committed,” he said.

“Too often, these teachers in these schools are calling on the cops because they have a disruptive student in the classroom. This is not a cop’s job.”

He was seconded by Sunny Hostin, a former federal prosecutor and current CNN legal analyst. Hostin doesn’t think anything could have justified the deputy’s actions in the first place, but generally challenged the idea of law enforcement being involved in incidents like this one.

“We in our schools, at least in the United States, are too quick to call in the police to deal with behavioral situations,” Hostin said.

There were more than 82,000 school resource officers working full or part time at 43% of the nation’s public schools during the 2013-2014 school year, according to the National Center for Education Statistics. Such officers have the same credentials and capabilities of any police officer. But in light of where they work, they also have a distinct role as what a 2013 congressional report calls “a hybrid educational, correctional and law enforcement officer” serving as mediators and educators as well as law enforcers.

And in this case, Lavarello from the School Safety Advocacy Council doesn’t think this school resource officer should have ever been involved in what “should have been left in the school discipline area.” Once the officer was involved, he could have deployed “a lot of strategies” like having the other students leave the room first.

“It’s something that can be handled relatively simply with training and having school administrators know when to best use a school resource officer,” he said. “And this doesn’t appear to be the case.” 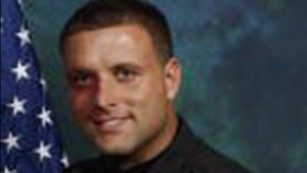 Fields did not immediately respond to CNN’s request for comment Monday night. But court documents and a sheriff’s department newsletter offer a study in contrasts in his career.

The officer was a subject of two lawsuits in the past decade.

In the first case, Fields was accused of excessive force and battery in a 2007 lawsuit. A jury ruled in favor of the officer.

The second case is scheduled to go to trial in January. Fields is one of several defendants listed in a suit filed by a student against the school district over his expulsion.

Fields has also received commendations for his work in schools. He was given a Culture of Excellence Award by a Richland County elementary school where he worked as a school resource officer in 2014.

“Ben has been working for the Richland County Sheriff’s Office Department since 2004 and joined the School Resource Officer Program in 2008,” a sheriff’s department newsletter said.

“He is assigned to Spring Valley High School as well as Lonnie B. Nelson Elementary School, and has proven to be an exceptional role model to the students he serves and protects.”