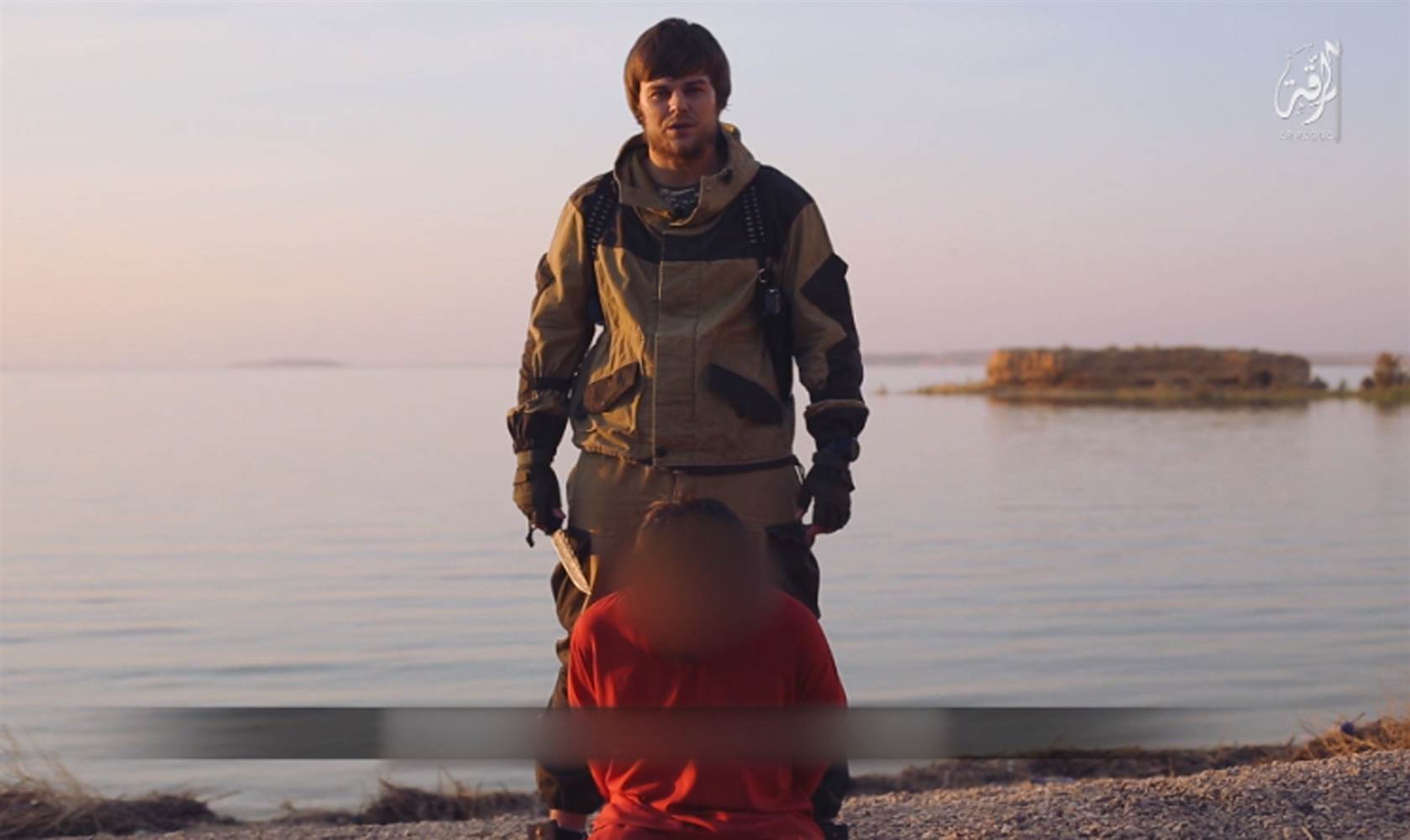 (CNN)ISIS released video Wednesday showing the beheading of a man it claims joined the terrorist group but was in fact a Russian spy, as well as a message chastising Russian President Vladimir Putin and threatening his country’s citizens.

As the captive kneels before him in an orange jumpsuit, his killer says in Russian that the airstrikes ordered by Putin against the Islamist extremist group has “made us understand that we are doing right thing” by continuing their fight.

He then addresses the Russian people, saying, “You will not find peace in your homes. We will kill your sons … for each son you killed here. And we will destroy your homes for each home you destroyed here.”

CNN could not immediately verify the authenticity of the video, much less the ISIS claim that the man beheaded was a Russian spy. CNN also was unable to immediately obtain a comment from the Russian government about whether it believes the video shows a Russian citizen being killed.

But if the video is authentic, it joins a growing catalog of atrocities in which the terror group has broadcast the killing of one or more captives and paired it with menacing messages.

Russians are among the citizens of several nations who are known to have joined ISIS in Syria and Iraq. Raffaello Pantucci, a senior fellow at the Royal United Services Institute, noted last year that people from the Russian federal republic of Chechnya “in particular are held in very high veneration.”

Wednesday’s video isn’t the first time ISIS has accused a Russian of being spy then killed them in front of a camera.

The charges were similar to those claimed in a theatrically produced video, circulated in January, showing a boy with long hair and wearing a black sweater and military fatigue pants shooting two men in the back of the head.

Earlier that month, Chechnya’s leader told the Interfax news agency that Russia has an intelligence network within ISIS.

“This allows us to track the movement of those who are of interest to us,” said Ramzan Kadyrov, the Chechen leader. “Moreover, it allows us to send those who, even as a joke, direct the barrel towards Russian on an eternal trip with a one-way ticket.”