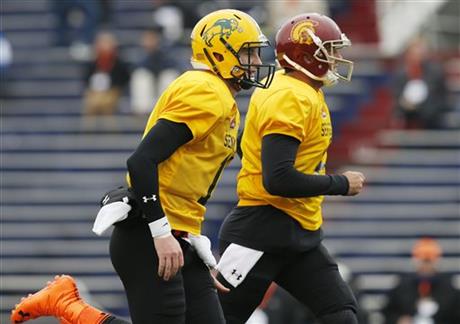 MOBILE, Ala. (AP) — Those NFL executives who couldn’t make the trek to North Dakota to check out Carson Wentz in college are now getting a close-up view of the player in the mix to be the first quarterback drafted.

The former North Dakota State star is the most prominent of a number of FCS products trying to make an impression on NFL teams throughout this week at the Senior Bowl.

They’ll be lining up against guys who played at programs like Alabama and Ohio State all week, with pro coaches, scouts and executives watching closely.

“I think a lot of the small-school guys come in here with a little chip on their shoulder, something to prove,” Wentz said. It’s “just exciting to finally get out there and face these guys.”

The 6-foot-5, 233-pound Wentz might be the top prospect at the Senior Bowl after returning from a broken wrist to lead North Dakota State to its fifth straight national title.

Bison teammate offensive lineman Joe Haeg is also trying to show NFL teams ahead of Saturday’s game that he can play at that level. From William & Mary defensive back DeAndre Houston-Carson to Southeast Missouri wide receiver Paul McRoberts and Harvard offensive tackle Cole Toner, they’re finally on a level playing field with those FBS guys.

Wentz is vying with California’s Jared Goff and Memphis’s Paxton Lynch to be the first quarterback selected. He returned from a broken right wrist, sustained on Oct. 17, to lead North Dakota State to a win over Jacksonville State in the championship game.

Wentz isn’t trying to carve a reputation among NFL types but live up to it.

“Yes, he was scouted in the fall but Fargo, North Dakota is a tough place to get to,” said Senior Bowl executive director Phil Savage, a former Cleveland general manager. “There were probably a handful of (general managers) that made it out there.

“But to be on this stage in front of this many people, I mean this can be almost a coming out party for him: OK, this is who Carson Wentz is, this isn’t just a rumor or hearsay or talk.”

The other guys from FCS schools face similar challenges, even if they’re not being scrutinized quite so closely as a potential first-round quarterback.

Some were undersized or late bloomers who were barely recruited by major colleges or not at all. Wentz grew from a 5-8, 125-pound beanpole as a high school freshman in Bismarck, North Dakota and didn’t play quarterback as a junior because of an injury.

“In North Dakota, it’s hard to get found in general, let alone missing a junior year,” Wentz said. “I came in my senior year at 6-5 and 200 pounds and kind of came out of nowhere.”

Teammate Haeg was only recruited by Division II schools, but opted to walk on at North Dakota State. He’s packed on about 80 pounds since his freshman year and gone from not being able to bench-press 225 pounds to lifting 380.

“When we get on the field, it doesn’t matter where you’re from. We’re all on the same practice field. We’re all out there competing.”

McRoberts is the first Southeast Missouri player to make it to the Senior Bowl. He got a few recruiting letters but no scholarship offers from bigger schools coming from a small school program.

“It was kind of the same deal, me not playing against anybody, they didn’t want to take a chance on me,” McRoberts said. “That’s kind of how I was my whole life.”

“Obviously those guys have had a lot of success or they wouldn’t be here in this game, but seeing them compete against guys from the programs at the highest level is important,” Garrett said.

If there’s any shortage of confidence from Wentz and his FCS counterparts, it’s not evident off the field.

“The biggest question mark obviously is going to be, can he play at this speed, can he play against this talent?” Wentz said. “I think I’m going to prove that. By the end of the week everyone’s going to no longer question that, and I’m excited to prove it.” 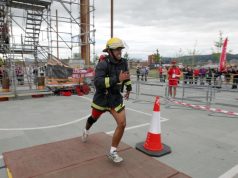 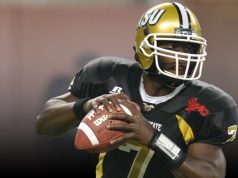 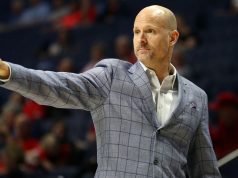