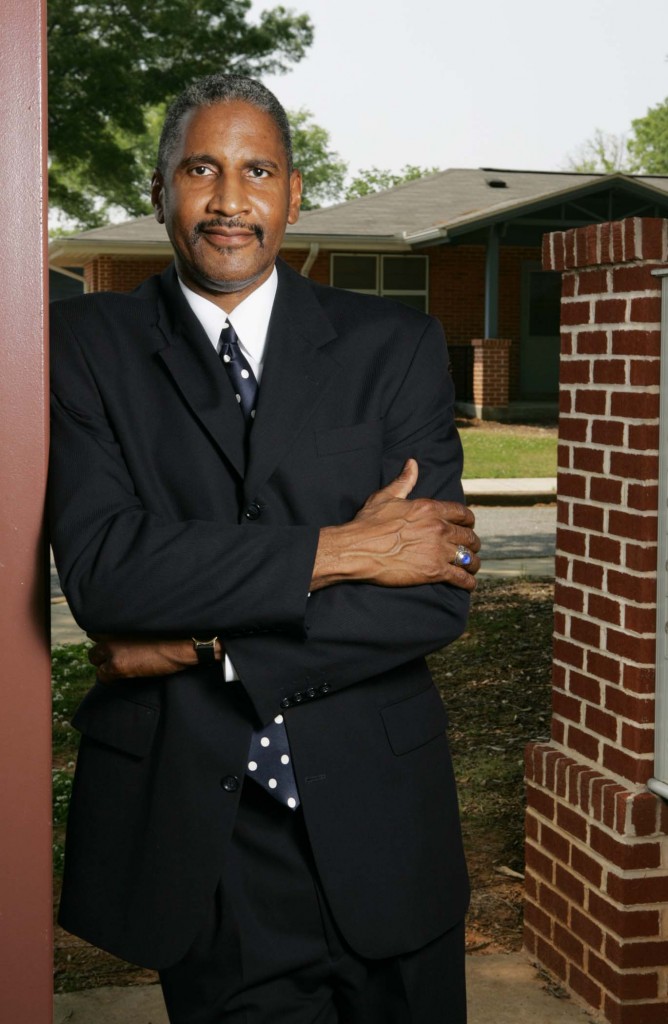 The new executive director for the Housing Authority of the Birmingham District is wasting no time in outlining his plans for the future.

Michael Lundy, who took over the top spot just three weeks ago, has already announced a number of goals which include improving the overall look and quality of public housing, demolishing outdated complexes, such as Loveman Village and Southtown Court, and replacing them with modern homes.

“It’s a huge responsibility and a huge obligation, and we don’t take that lightly,” he said. “We intend to break the cycle of generational poverty and generational public housing as we know it.”

HABD Board of Commissioners welcomed Lundy at his first board meeting and embraced his vision for the agency.

“We are excited about the collaborative vision that Mr. Lundy and the board have for the future of HABD,” said Board Chairman Cardell Davis. “Mr. Lundy has a proven track record of outstanding performance and leadership in all aspects of public housing and we are elated to have him as leader of the agency. I can see great things ahead.”

“I can see that we are moving forward already in just the first meeting,” she said.

Lundy said he wants public housing to become indistinguishable from other forms of housing. HABD will also seek to reduce high concentrations of high poverty and instead develop more open space, green space and mixed-income communities.

“We want to get away from the traditional public housing look that is easily identifiable as you drive across the country,” he said.

Lundy also declared a new era of transparency and community engagement on every level. As an early gesture, Lundy said that HABD would provide transportation to public housing residents seeking to attend official board meetings.

“It is very important that they become part of the process,” he said. “We realize that without the residents we have no purpose.”

Lundy also promised greater collaboration between the city of Birmingham, public housing residents and the general public. Lundy said he would meet regularly with Mayor William Bell and the City Council to report developments and solicit input.

He praised a strengthening relationship between HABD and the city of Birmingham, citing the city’s endorsement of a HABD plan to seek approximately $11 million in low income tax credits to revitalize Loveman Village.

The council and Mayor William Bell have agreed to support an application to the Alabama Housing Finance Authority to obtain Low Income Housing Tax Credits.

Early phases of the proposal include building 100 modern housing units and a low-rise senior living facility to replace the aging complex in the Titusville neighborhood.

The impact of redevelopment could spread well beyond the Loveman Village property lines and encourage private investment and development in Titusville.

“I am thrilled to be a part of this strong partnership between the city of Birmingham and HABD,” Lundy said. “These kind of partnerships are essential when it comes to major redevelopment activities.”

HABD will apply for the tax credits March 10. The project is estimated at $19 million.

“This is one of the initial steps, and we’re very hopeful and confident that we’ll be successful this year,” he said. “We’re going to be very competitive.”