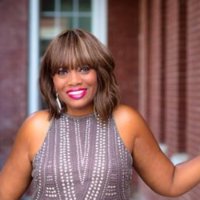 I’ve never been in a physical fight a day in my life, well, unless you count the time I punched a boy to the ground in the early ’80s because he was picking on my brother. (Hi Guy I punched. In case you’re reading this, “I’m sorry.”)

Anywho, while I’ve not physically fought, I’ll-be-doggone if I haven’t had my back up against the proverbial rope, ducking and dodging, spiritually swinging and flailing in faith with all my God-given might, having to go round-for-round more times spiritually than I would desire, or thought I deserved. It’s times like this, when I’m in a spiritual fight-fest with whatever new or repeat enemy I’m facing that I have to ask myself, “Are you a pretender or contender? What ‘you gone do’ barbecue or mildew?”

I recognize about human life, even Christian life, that often we breeze through the good days with a swagger that rivals a champion fighter. The float like a butterfly, sting like a bee is on fleek, as the American teens say, when things are easy. However, when the unexpected, unfair, unwanted trials of life cause us to really “get in the ring”, go toe-to-toe and show what we know against raging forces we sometimes forget our Father has already fixed the fight and we count ourselves out not knowing victory is at hand.

Here’s what I know. We are contenders, not pretenders. Our faith and its rewards are realer than real. We are heavyweight champion-worthy testimonies to the Power which works within us. That’s it. It’s settled. At some point we must learn to stay in the ring, come out swanging (Yes, I said “swanging” not swinging) and keep on swanging until we WIN! #CueVictoryDance

Angela Scott Moore has sported many hats in her lifetime. She’s a former broadcast anchor/reporter/producer, a trained motivational speaker, fundraiser and marketing/PR expert. Prior to divorce, she spent nine years as a pastor’s wife working in full-time ministry, where a majority of her time was spent empowering women and girls. She’s an avid blogger at Life Gets Better found at www.angelamooreblog.wordpress.com and Angela Eats the Ham found at www.angelaeatstheham.com. She also hosts a Facebook page titled “I’m More Than What Happened” sharing valuable lessons she’s learned with hopes of helping others overcome the pains of divorce.

Angela is a philanthropic community supporter who has served with more than 25 local and national organizations over her 20 year professional career. Currently she’s working in the fields of Social Justice and operates the blossoming, full-service business venture Amazing Kreations, offering media and event planning assistance, soft skills training and motivational speaking at no, or low cost to small organizations, ministries and businesses. Taking lessons learned from each phase of her ever-evolving life, Angela’s now donning the hat of a woman on a mission to use spoken and written words to motivate others to always know that life gets better, and it can be fun in between. 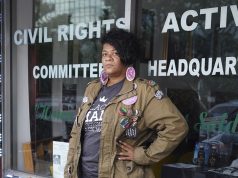 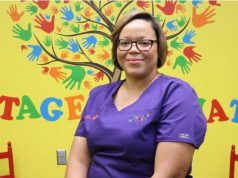