By Solomon Crenshaw Jr.
Special to The Times 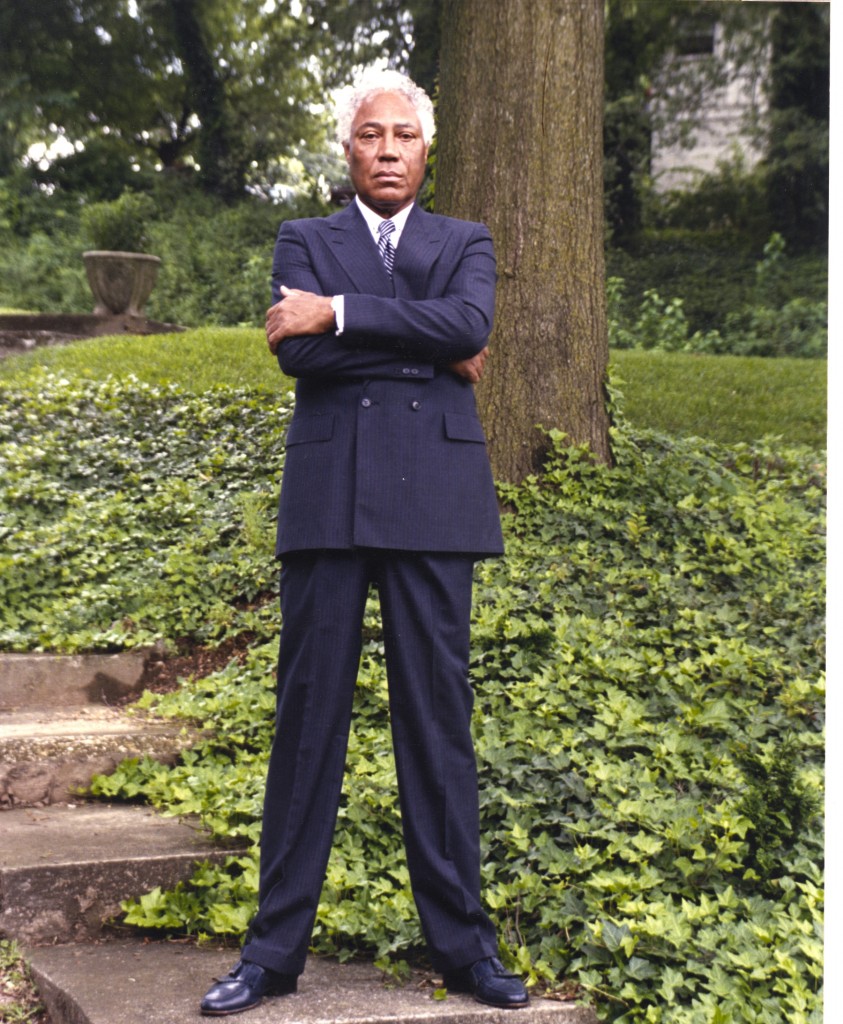 Dr. Jesse J. Lewis Sr. says he isn’t a great writer. “It’s been trial and error,” said Lewis, whose column has been a staple of the weekly Birmingham Times. “I’ve been with the newspaper 52 years and it’s still trial and error.” Lewis says he is not brilliant. “I’m not that smart,” said the man who launched 17 businesses. “I’m average.”

Fifty-two years after he launched what the masthead declares to be the Southeast’s Largest Black Weekly, Lewis is stepping away.

Lewis sold The Birmingham Times to the Foundation for Progress in Journalism in late January. The nonprofit foundation was founded in Lewis’ honor two years ago with the goal of promoting journalism specifically, but not exclusively, to minority high school and college students who have expressed interest in the field. Lewis will be publisher emeritus of The Times.

FPJ hosted a fundraiser, themed “Through the Lens,” on Wednesday night at the newly restored Lyric Theatre honoring Lewis and featuring announcements about the re-imagined Birmingham Times. The event included a performance by The Temptations Review featuring Dennis Edwards.

Lewis is a stately man whose 6-foot-2 frame towers over many people he meets. He is a distinguished man rarely at a loss for words.

On this day, he sat on the couch in the living room of his College Hills home. His wife Helen sat nearby, occasionally advising him on how he presented himself.

“That’s my boss over there,” he said, recalling that he worked at a rubber plant when he met her.

Later, the Times publisher credited his wife of 60 years and Miles College – “in that order” – for any success that he has had. He recalled a Miles instructor saying, “Jesse Lewis is going to be successful because he doesn’t have sense enough to know what he can’t do. I’m not sure if that’s a compliment or not but he’s right.”

Reared by his grandmother in Northport, Lewis dropped out as a high school sophomore to enlist in the Army. It was there that he got a taste of the newspaper business, serving in World War II alongside W. A. Scott III, whose grandfather founded the Atlanta Daily World.

“I took pictures for the Stars and Stripes and he wrote the article,” Lewis said. “When he didn’t write in the article, I filled in on the details. I never had no training in journalism.”

Upon his return, he took a test and enrolled at Miles College. As a student, he wrote articles for the Birmingham World, a black weekly.

Lewis also aligned himself with Miles’ student newspaper, The Milean. But an economics and marketing class likely affected him more.

It was there that he read that blacks had more loyalty to a brand than anyone else. That whet his appetite for a marketing business that would eventually yield Jesse J. Lewis and Associates in 1954. 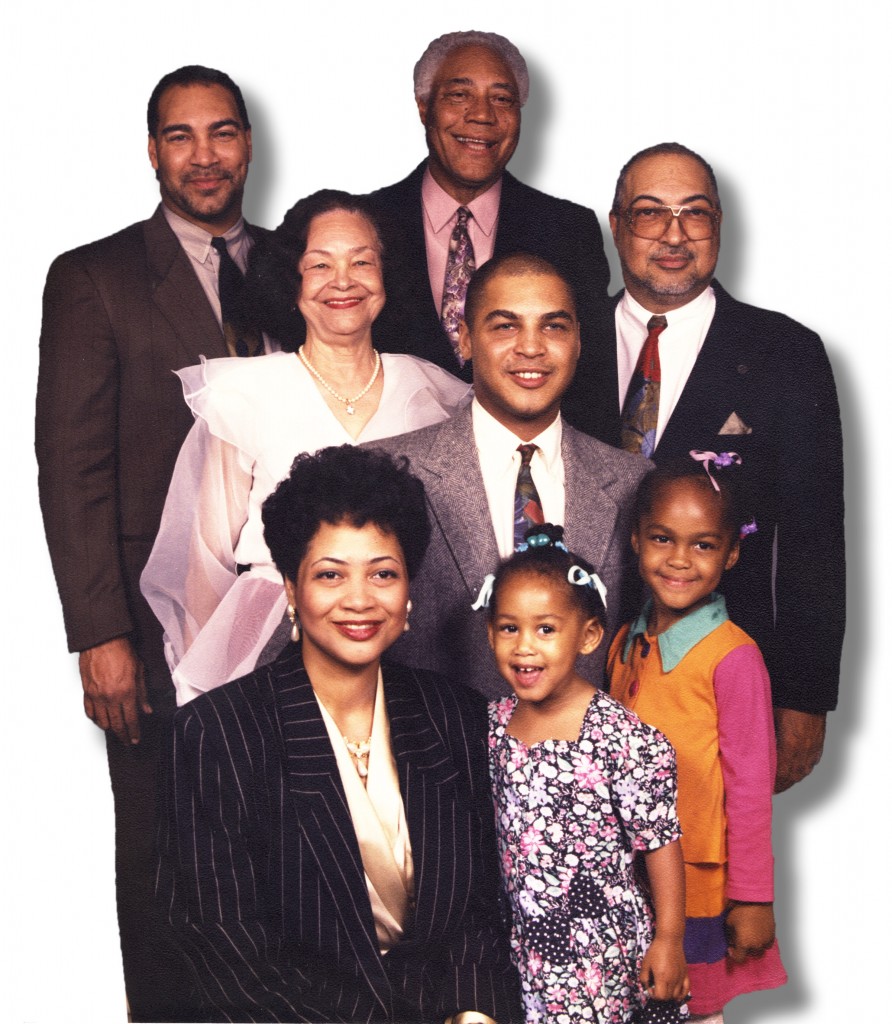 Shelley Stewart, a former radio personality and founder of o2ideas advertising agency, says he and Lewis are the last two African American businessmen of that era still standing.

“Jesse was following something A.G. Gaston had said,” Stewart recalled. “A.G. would say, ‘Find a void in need and fill that need.’ At that time, there were no ‘Negro’ marketers. There was no one individual who was trying to market to the Negro consumer. Jesse saw that need.”

Stewart said he and Lewis each received advice from Gaston, who would earn millions with his varied business ventures and played a significant role in the struggle to integrate Birmingham in the early ‘60s.

“He confided in the both of us,” Stewart said. “A.G. shared something with us. ‘It’s always better to sign the check on the front than the back.’ I think he said the same thing to Jesse.”

Stewart said some think he and Lewis are enemies. Nothing could be farther from the truth, he said.

“I’m proud of him,” the former broadcaster said. “We competed but we’ve been doing it for many, many years.

“Without hesitation, Jesse made great contributions for a poor kid from Tuscaloosa County. What he’s done for Birmingham and the surrounding area is incredible.”

‘Relax for a minute’

Lewis was a principal owner of the first black-owned Walgreen Drug Store in Alabama; founder and president of Lewis Mortgage Investment Company; author of three books, and is currently president and CEO of The Lewis Group, a political, project and policy consulting firm.

His other ventures have included a trucking company; a bowling center; a restaurant, and a night club.

“I would say he’s the Godfather of black business in our community,” said Robert Kelly of Kelly Roadbuilders. “He has done a lot of things that actually bridge relationships in the city, out front and behind the scenes. And I know that for a fact.”

“He knows what he wants to do (and) he knows how to do it,” Nielsen said. “Being an entrepreneur in his early years was not an easy thing to do. But he had the courage and the conviction and commitment to hard work to succeed.”

The Coca-Cola United CEO said Lewis loves to compete and loves to win. “That is what connects us so well,” he said. “We compete to win and we very philosophically align with Dr. Lewis.”

L’Tryce Slade, managing director of Slade Environmental Consulting and General Contracting, said Lewis has been her mentor for nearly a decade.  She said his gift is his ability to process complex business issues and make others think through common sense what the answer naturally should be.

Slade said Lewis’ legacy would be incomplete if it did not include his selfless efforts to develop the Dr. Jesse J. Lewis Sr. Innovators Program, a mentoring operation aimed at giving small business owners the tools needed to grow their businesses.

Lewis had plans of stepping away from The Times and other ventures a few years ago, turning his businesses over to his sons James and Jesse. Those plans changed when each son died – Jesse Jr. in 1995 and James in 2013. With their passing, he got each business back and went back to work.

“I was semi-retired,” he said. “I was playing golf every day. Now I play golf whenever I can and work 6½ days a week because of that. In the next month or so, I’m going to get rid of a couple of the businesses and I’ll have an opportunity to relax for a minute.”