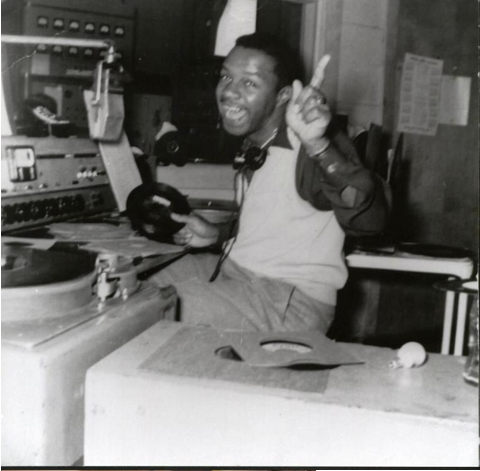 Peer into the archives of the Birmingham Black Radio Museum and you will find much of the multilayered history of Jefferson County.

The airwaves of this most democratic medium promulgated the unique sound of the area’s gospel and rhythm-and-blues music, shepherded black enterprise into a major business force, and helped knit the social fabric that defined the black community in the state’s largest city.

The Birmingham Black Radio Museum (BBRM) project began amassing interviews, pictures and memorabilia in 1992 and received its not-for-profit status on 2004. Its goal was to organize and preserve that history and make it available to scholars and the public. The collection now spans the 1930s through the 1980s and is archived at the historic Carver Theatre in downtown Birmingham.

Black radio stations were crucial to the success of the civil rights movement in Birmingham. Announcers such as Paul “Tall Paul” White played important roles on and off the air in support of marches, boycotts and other forms of direct action. He would remind schoolchildren of their “commitment to do their homework” and tell them “you know what you need to do today.” The communication may not have been a direct call for action, but many people consider it as coded signals.

BBRM board member Gwen Webb, a Western-Olin High School student in the days of fire hoses and police dogs in 1963, remembered how radio helped spread the word of demonstrations. She said Martin Luther King Jr. lieutenant James Bevill “saw how Tall Paul was in tune with the young people through sock hops and his system of daily ‘check-ins’ from each school to his morning call-in show. Bevill used that check-in method at the staging areas for the marches and showed Dr. King what Paul could and would do for the movement.”

King later credited White for motivating the youth marches that filled Birmingham paddy wagons and helped lead to the success of the demonstrations.

White’s early life and career are featured in “A Radio Hero,” a BBRM video available for presentation to groups and events.

The BBRM grew out of a 1992 project to commemorate the 50th anniversary of the founding of black-owned radio station WJLD. Sales manager and part-time announcer Bob Friedman developed the project. “As I began to compile information, the breadth and depth of Birmingham’s unique radio history became apparent. It begged for a treatment that would go beyond just WJLD,” said Friedman, now BBRM project director.

As he developed the WJLD history, Friedman met Edward McClure, a former disc jockey known by his on-air moniker, “Johnny Jive.” McClure brought him a scrapbook overflowing with still photos and newspaper clippings from his years in radio. “This treasure-trove of material led to many other sources of radio history,” Friedman said.

For example, a colleague at the Birmingham Civil Rights Institute found an old reel-to-reel recording tape in a box labeled WJLD. “It turned out to be an invaluable interview with Rev. Fred Shuttlesworth in 1966 on the 10th anniversary of his founding of the Alabama Christian Movement for Human Rights, an organization created after the NAACP was banned from Alabama,” Friedman said. “And when black business legend A.G. Gaston passed away, we were given the opportunity to copy his personal collection of 8×10 photographs related to radio.”

A rich source of material was from local black photographic studios as their owners died or went out of business. The collection includes images of gospel quartets and radio personalities, from Graf Studios in Bessemer, Morrow Photography of Fairfield, McNair Studios of Birmingham and others.

Many photographs are unidentified, but the BBRM hopes to change that. Friedman said, “One of our responsibilities under a grant from Alabama’s State Archives is to develop a website which will allow anyone to view and provide information on our historic material.” The museum (205-902-9487) is interested in talking with anyone who has items that might have a place in its collection.

Friedman, who came to Birmingham in 1987 as a community organizer, was an experienced record collector with discs of black gospel and rhythm-and-blues groups of the 1940s and 1950s.  As a teenager in New York City, he lent his bass voice to doo-wop groups and became enamored of the complex harmonies and rhythms of black gospel quartets. At WJLD, Friedman would discuss the music with the Rev. Don Solomon, who hosted the Sunday morning Gospel Train program. That mutual musical interest led them to help organize the gospel group The Pillars of Birmingham, in 2005.

“Our discussions excited my appreciation for the ‘Jefferson County sound,’ a recognizable a capella gospel harmony that emerged locally as rural blacks migrated to the mines and steel mills surrounding Birmingham,” Friedman said.  Popularized through radio, the unique call-and-response harmony and rhythm combined the feel of the cotton fields with that of the industrial urban South into a haunting, powerful sound. That music and the groups that sang them, such as the Ensley Jubilees, the Four Eagles, the Delta Aires and the Sterling Jubilees, form an important part of the museum’s collection.”

Secular music also was important as a programming tool. Stations promoted major performers of the post-World War II years, such as Dinah Washington, Charles Brown, B.B. King, the Clovers, and the Five Royales, headliners at the jazz and jive clubs that sprouted up along local highways and back roads. Black radio announcers became stars themselves as they hosted entertainment and sponsored platter parties and sock hops in the teenage scene that developed in the late 1950s. Photos, posters, radio logs, news clippings and other BBRM memorabilia document the period.

Some announcers also became targets of racists. A 1960 Birmingham News clipping reported Shelley “The Playboy” Stewart being attacked by the Ku Klux Klan when he hosted a dance for white teenagers. And Dwight “Gatemouth” Moore and Jesse Champion were among those “asked to leave the city” by Police Commissioner Eugene “Bull” Connor, according to interviews in the museum archives.

In a 1967 speech to a national organization of black announcers that can be heard on “A Radio Hero,” King urged the group to “appreciate the role radio can play in the lives of our people” and to “be aware of the power and potential of your vocation.”

That admonition, Friedman said, “was fully realized by black radio pioneers of Birmingham and is the great legacy preserved by the BBRM.”