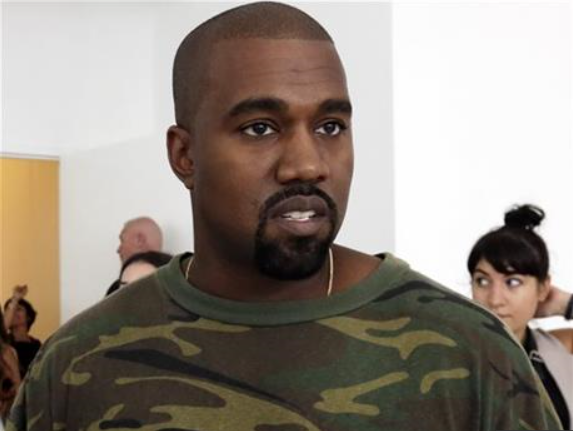 He did it as only Kanye West could.

Last week marked the surprise debut of the video for “Famous,” the first official single off West’s seventh studio album, “The Life of Pablo.” And, in true West fashion, the debut of this music cinema was done in grand style—before a sold-out audience at The Forum in Inglewood, Calif.

The video—featuring a huge bed with several nude figures, including West; his wife, Kim Kardashian West; and singer-producer Ray J—has everyone talking. It is, indeed, very taboo to see West’s wife sleeping next to the same guy with whom she was involved in a sex tape scandal.

Together, the 12 nude notables in the video set off the internet because most people are aware of the history West shares with each one.

Former President Bush, for instance, was famously criticized by West on national TV after Hurricane Katrina in 2005.

“Maybe in some alternative universe me and George Bush could have been friends. I could have been his O.J. Simpson black friend on the golf course,” said West in a phone interview with Vanity Fair magazine.

As for Cosby, who West once tweeted was innocent of sexual abuse allegations, the rapper said, “It’s not in support or anti any of [the people in the video]. It’s a comment on fame.”

West’s concept behind the visual for “Famous” is inspired by two vintage paintings: Vincent Desiderio’s “Sleep,” which features nude bodies in a bed, and Leonardo Di Vinci’s “The Last Supper,” which inspired the 12 figures.

The video opens with a mesmeric, slow pan of the naked, sleeping celebrities, all of whom are linked to West by relation or scandal.

A slumbering Bush, Trump, and Wintour are the first figures revealed. Rihanna and Chris Brown follow. Next, the likeness of country-and-pop star Swift is shown next to a peaceful-looking West. Then, Mrs. West appears between her husband and her ex-boyfriend Ray J, who is next to West’s ex-girlfriend Amber Rose. Finally, Jenner and Cosby appear. By the end of the camera’s panoramic scan, the entire sleeping cast is revealed.

Even though the video gives off a very pornographic impression, West, in an exclusive online interview with Vanity Fair, insists that “Famous” is not about nudity and should be seen as art. It is openly inspired by vintage paintings, after all, so it is easy for West to proclaim artistic purity as the life force energy behind his latest creation.

What do the 12 chosen celebrities represent? Is it a show of love or hate? Neither. Beyond the visual concept and beneath the metaphoric myths and innuendos, West’s “Famous” is merely an ode to celebrity and fame.

Associated Press contributed to this article.