ALLSTARS COMEDY, MUSIC and POETRY with DOUGOUT AND THE PITCH HITTERS featuring MICHAEL YOUNG, poetry by VOICE PORTER, OPEN MIC and more, at the Tide and Tiger on Graymont.  Doors open at 5.  Show starts at 6:30 p.m.  For more, call (205) 503-3880.

TEN ALABAMA ARTISTS EXHIBITION at the Birmingham Public Library (BPL) in the Fourth Floor Gallery of the Central Library in downtown Birmingham.

FANCY FRIDAYS, 5 p.m. featuring JILLIAN GRAY with YARBROUGH & COMPANY every Friday at Legends on 18th Street North, Downtown. Birmingham. This is an After Work Experience hosted by Keely and Tiger and catered by Chef Jones.  Call (205) 212-4406 for more.

PJ SPRAGGINS at the Perfect Note.

UNCLE ACID & THE DEABEATS with DANAVA and THE SHRINE at the Saturn.

JULIA LUCILLE and CARLY BLACK – A TOUCH OF BLACK at the Nick.

DJ RELVIS at The Nick.

BEN SMOLIN, HELLEN OF COI and ROLLO at The Nick.

ALA VICTORIA: A SATURN NIGHTS SHOWCASE at Saturn.

INTERNATIONAL VULTURE AWARENESS DAY – Spend Labor Day Weekend at the Zoo and enjoy International Vulture Awareness Day, Saturday through Monday. The community is invited to enjoy the many activities available at the Birmingham Zoo for Labor Day Weekend. On Saturday, celebrate International Vulture Awareness Day as you learn about vulture conservation and the important role vultures play in our ecosystem. Enjoy a full day of events, including Keeper Chats, Schaeffer Eye Center Wildlife Show and more. Throughout the weekend, visitors are invited to enjoy Dino Discovery for the discounted price of $3 before the exhibit goes extinct on September 5.  Labor Day Weekend at the Zoo offers something for everyone to enjoy, including giraffe feedings at the Kiwanis Giraffe Encounter*, up-close elephant interactions in Trails of Africa and special lion demonstrations at the Zoo’s Predator Zone. Guests can cool off in the Junior League of Birmingham – Hugh Kaul Children’s Zoo Splash Pads, enjoy the thrill and excitement of the Red Diamond Sea Lion Splash Show, take an exhilarating ride on the Jane H. Brock Soaring Safari Zipline Adventure*, experience a train* or carousel ride* and much more.  For more, go to www.birminghamzoo.com.

FINAL SUMMER FUN DAYS AT THE ZOO – Half-Price Summer Fun Days on the weekend are almost over. There will be half-price admission, half-price rides, discounted merchandise and $1 hot dogs in the cafes.  The Dino Discovery will have a discounted price of $3 every day before it goes extinct on Labor Day.  The zoo hours are 9 a.m. – 7 p.m. for the extended summer hours.  Enjoy these days this and next weekend.  For more, go to www.birminghamzoo.com.

JACKIE M. JOYNER,  at the Perfect Note in Hoover at 8 p.m. Saturday night.

JAZZ IN THE JUNCTION is Tuesday, September 13, 5:30 – 8:30 p.m. at the Goldstein & Cohen Building in Downtown Ensley. This is a benefit for the Bethesda Life Center, Inc. a health facility dedicated to healthy citizens in the community. Enjoy an evening of food, music and fun.

NAT KING COLE SOCIETY JAZZ FESTIVAL (IN MONTGOMERY) – Alabama State University’s National Public Radio station – WVAS 90.7 FM – will present the second annual Nat King Cole Society Jazz Festival on Sunday, at the Riverwalk Amphitheater in downtown Montgomery. The Jazz Festival will pay tribute to both Natalie and Montgomery native, Nat King Cole, whose boyhood home is preserved and located on the campus of ASU.  JAZZ RIVER CRUISE @ 11 a.m. on the Harriott II Riverboat —- JAZZ CONCERT @ 4 P.M. Gates open at 3 p.m. and it’s “horns in the air” at 4 p.m. for the jazz concert, at the Riverwalk Amphitheater.  PERFORMER’S LIST include Montgomery’s own Ron Handy; King Bee, recent winners of the 2016 Battle of the Blues Bands competition; Hart Ramsey, jazz keyboardist extraordinaire; and headliner MAYSA, who will perform a tribute to Natalie and Nat King Cole with the Nat King Cole AllStars from SOON Music Studio.

The event also will include a variety of food and other vendors, as well as fun activities for the children. Check with WVAS Radio Station for more.

RECOVERING THE CLASSICS CONTEST AND EXHIBITION – The Birmingham Public Library Recovering the Classics contest ‘A New Look for an Old Book’ starts today at the Central Library, 2100 Park Place downtown.  The goal is to bring an exhibit of redesigned cover posters to each of the 50 states, and Birmingham Public Library (BPL) is representing the state of Alabama. “Don’t judge a book by its cover” is a saying to evaluate something on its contents rather than its outward appearance. We often judge a book by its cover to determine if it is worth reading, and many of our greatest classics still wear poorly designed or auto-generated covers that fail to capture what makes these books exciting and inspiring. Recovering the Classics is a crowd sourced collection of original covers for classic books in the public domain created by illustrators, typographers, and designers of all stripes. Its partners include The Creative Action Network, Harvard Book Store, Plympton’s DailyLit, the White House, the New York Public Library, and the Digital Public Library of America. The Central Library, 2100 Park Place downtown, will host the main exhibit of Recovering the Classics posters, beginning Sept. 1, 2016, and several other BPL branches will have smaller exhibits. The Birmingham Public Library has partnered with Books-A-Million to host a contest for Alabama artists of all ages and abilities to design a cover for a classic book.  Prizes include your cover design on a classic book created by Books-A-Million’s Espresso Book Machine, Books-A-Million gift cards, and Recovering the Classics posters. To enter the contest, visit www.bplonline.org/classics. Both the exhibit and contest will run through September 30, 2016. The winners will be announced by Oct. 15, 2016.

FOR HEALTH AND CARE GIVERS

BETHESDA LIFE CENTER ‘JAZZ IN THE JUNCTION’ – The Bethesda Life Center is hosting’ Jazz in the Junction’, September 13, 5:30 – 8:30 p.m.  The Jazz event is a benefit to raise funds and health awareness to the community with music, food and fun.

FOR LOVERS OF STYLE AND FASHION

BIRMINGLAM – RED HOT ON THE RUNWAY – The BirminGLAM will be a glamorous night of entertainment at the historic Boutwell Auditorium on Sunday, September 11 beginning at 5 p.m. with red carpet arrivals that include regional press, media, bloggers, athletes, local celebrities, models from the LEEU Talent & RADAR Man agencies including CBS 42 News Anchor SHERRI JACKSON, Hot 107.7 FM Personality DJ CHOCOLATE, Make Up Artist NADIA TELLIS, Celebrity Designer PERRY VARNER and many more.  This is a fabulous HIV Awareness Event in Birmingham, Alabama design to inspire Communities of Color to get tested and features six Birmingham based Black Designers. This event is presented by HIV prevention Network and will raise awareness, advocacy and activism relating to HIV in our local area. For more, call (205) 718-6437 or (205) 369-4032.

FOR SPORTS AND OUTDOOR LOVERS

UAB S OF D FUN RUN – The UAB School of Dentistry benefitting Cahaba Valley Health Care 5K and 1 mile Fun Run is September 10, from 7 – 10:30 a.m. at Roads blocked in Crestline Village.  Route starts on the Corner of Church Street and Euclid Avenue. Route ends by Peachtree Alley and Hoyt Lane. The After Party is at Otey’s with drinks and food.

NASCAR speeds back into action at Talladega Superspeedway Oct. 21-23 for double elimination Chase weekend. Sunday’s Alabama 500 NASCAR Sprint Cup Series event is the Round of 12 elimination race in the Chase for the NASCAR Sprint Cup where the title contenders will be reduced from 12 to eight at the checkered flag. Saturdays’ fred’s 250 Powered by Coca-Cola is the third and final race in the Round of 8 for the NASCAR Camping World Truck Series Chase in which only six competitors will advance for the championship at the event’s conclusion. Talladega Superspeedway is NASCAR’s “Party Capital” thanks to the track’s infamous infield, which features the traditional Saturday Night concert and the world-renowned Talladega Blvd, home of the Friday evening “Big One on the Blvd” party. Log on to talladegasuperspeedway.com or call 1-877-Go2-DEGA for more information.

#BLACKGIRLS$CHANGE: THE HOBSON CITY 9, Cultivating Community and Creating Change exhibition has started and goes through September 30 with an Opening Reception tomorrow, 5 -8 p.m. at the Paul R. Jones Gallery, 2308 Sixth Street in Tuscaloosa.

UA/UAB STUDIO FACULTY EXHIBITION through September 30 at the University of Alabama Gallery.  A reception will be held tomorrow, 5- 8 p.m. at the Dinah Washington Cultural Arts Center, 620 Greensboro Avenue in Tuscaloosa, AL 35401. Call (205) 342-2060 for more.

“DR. MARTIN LUTHER KING, JR & THE CHICAGO FREEDOM MOVEMENT: PHOTOGRAPHS BY BERNARD J. KILEINA Exhibition” is at the Birmingham Civil Rights Institute displaying its collection of rare color photos, through December in the BCRI’s Vann Gallery.  This year marks the 50th anniversary of the Chicago Freedom Movement.  These photographs are some of the only known color photographs of Dr. King in Chicago.  Bernard Kleina was a priest in Chicago that wanted to get involved in the movement, who removed his collar, picked up his camera and marched.

BREAKIN’ BREAD 2016 – The 14th Annual Breakin’ Bread is September 25, 1 – 5 p.m. at the Historic Sloss Furnaces. The Birmingham Originals is hosting the Alabama’s premier food festival with the best of Birmingham Culinary talents and celebrating local flavors.

AT THE STARDOME: Every Thursday is Positively Funny Improv.  Check out STEVE W. BROWN. Steve Brown is one of today’s rising comedy stars. His trademark high-pitched voice and high-energy physical antics sets him apart from the rest. Through prayer, hard work and dedication, Steve has accomplished national exposure on many different occasions. He has been showcased on top rated shows such as: Russell Simon’s Def comedy Jam (one season), a favorite on BET’s top rated show Comic View (8 seasons), and Tom Joyner Morning Show.

GREATER BIRMINGHAM HUMANE SOCIETY has a ‘Labor Day Week Spectacular’ through tomorrow, 11 a.m. – 5 p.m. to clear the Shelter so that all the babies have a ‘furever’ home for Labor Day. The Shelter is located at 300 Snow Drive, Birmingham, AL 35209.  Please save our furry friends lives.

SEPTEMBER 8 – SKY IS THE LIMIT FUNDRAISER.

SEPTEMBER 13 – JAZZ AT THE JUNCTION, a Bethesda Life Center fundraiser.

SEPTEMBER 24 – TORY LANEZ at Zydeco.  Check out his I Told You Tour. 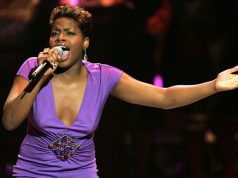 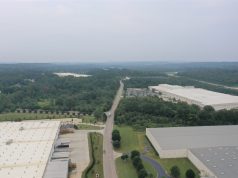 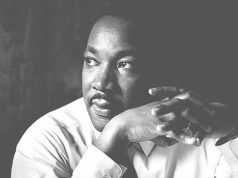