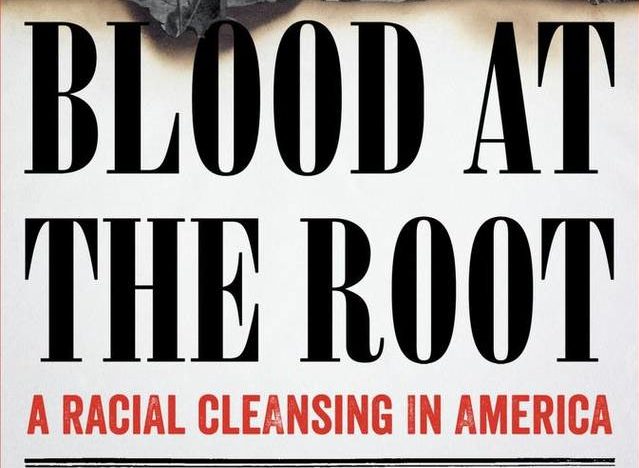 In 1912, the black residents of Forsyth County, Georgia, were driven from their homes by violence and threats of violence from their white neighbors. More than 1,000 people fled the county, leaving it virtually all white for the next seven decades. This unwilling exodus forms the basis for “Blood at the Root: A Racial Cleansing in America” by Patrick Phillips.

Raised in Forsyth County, now a suburban bedroom community about 40 miles northeast of Atlanta, the author heard his childhood acquaintances tell tales of the 1912 expulsions that sounded almost mythical. But as an adult, a published poet and a university professor, he felt compelled to take a closer look. The stories of human suffering that he reveals in this gripping and meticulously documented account make the horror of those boyhood stories seem pale by comparison.

Like many episodes of Southern racial violence during that era, it began with an attack on a white woman.

One of them, 24-year-old Rob Edwards, was quickly lynched.

“When a rumor spread that ‘Big Rob’ had confessed to the crime, a group of white farmers stormed the county jail and, according to one witness, shot Edwards as he cowered in his cell, then bashed in his skull with crowbars,” Phillips writes. “Others say Edwards emerged alive, pleading for mercy, and died while being dragged from the back of a wagon, a noose cinched tight around his neck.”

One of the other two suspects was also reported to have confessed _ a confession Phillips says was almost certainly extracted via torture. As Phillips reports, the two were later tried and hanged in a huge public spectacle, witnessed by thousands, but not before widespread terrorism was inflicted on the local black community.

“Some of the attacks later made headlines in Atlanta,” Phillips writes, “and it’s likely that similar raids had been happening since the discovery of Mae Crow’s body in early September. The night riders fired shots into front doors, threw rocks through windows and hollered warnings that it was time for black families to ‘get.’ But of all their methods, torches and kerosene worked best, since a fire created a blazing sign for all to see and left the victims no place to ever come back to.”

While many local blacks were poor sharecroppers, some had managed to acquire houses and land in the few generations since slavery. After they fled in fear, their vacant property was later quietly appropriated by whites.

“Today,” Phillips notes, “many of those same lots are home not to chicken houses, cow pastures, and hog pens but suburban housing developments, filled with multimillion-dollar homes. What was once stolen with a wink and a nod at the county courthouse has now become some of the most valuable real estate in all of metropolitan Atlanta.”

For all but the locals and the displaced, the violence quickly receded from memory. Not until the late 1980s, when civil rights marchers from Atlanta descended on Forsyth County to protest its all-white status and faced a jeering, Confederate flag-waving crowd, did the world take note of the county’s peculiar history _ which differed only by degrees from the racial violence that erupted for decades throughout the South.

A study released in 2015 by the Montgomery, Alabama-based Equal Justice Initiative documented 4,075 racial terror lynchings in 12 Southern states between the end of Reconstruction in 1877 and 1950.

It was typical, in those cases, for a coroner’s jury to rule the victim died “at the hands of parties unknown.”

In the case in Forsyth County, Phillips reminds readers of a massive crime — and names at least some of the killers.