Ronald Mims planned on working at the Birmingham Water Works Board (BWWB) for only three months before heading off to college in Texas. Now, over 30 years later, Mims, who is former chairman for the BWWB is being honored by having the boardroom at the utility named after him.

This is an honor, Mims said, because it means that BWWB trusts him, and that his legacy with the company is worth commemorating long after he is gone. Mims said he wants his legacy to be “job well done.”

Mims started with the BWWB after graduating from Ramsay High School, starting as a customer service representative making $3 an hour.

“I took satisfaction in being able to brighten people’s days,” Mims said.

When an irate customer called, Mims said he would have them smiling and the issue resolved by the time they got off the phone. With only 12 people working in the call center, Mims said he never took breaks, took only 15 minutes for lunch, which helped him quickly rise through the ranks of the company.

As his responsibilities grew, so did his sense of obligation. During the blizzard of 1993, he was one of a handful of employees who stayed at work to make sure things ran smoothly. When he did get to leave, it took him eight hours to get home to West End.

He has worked seemingly every job at the BWWB, including difficult, physically grueling jobs that no one else wanted, he said. He was eventually promoted to assistant manager, then general manager of the BWWB.

“We often take access to clean water for granted, and forget the fact that someone had to work very hard to provide that access,” he said. “Water grows areas, and knowing that I directly had a hand in bringing water to people in five counties is both a matter of pride and humility.”

After several years serving as general manager, Mims left to pastor Green Liberty Baptist Church. In 2015, he was tapped to join the Birmingham Water Works Board.

Mims said he has been successful because he listens. “I get joy from listening, and from helping people,” he said.

He is also chairman of the Titusville Development Corporation, which helps create affordable housing in the neighborhood in which he grew up.

How does Mims want to be remembered after more than three decades of total service with BWWB? 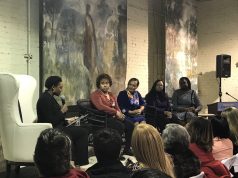