Exercise is important for everyone, particularly for those 65 and older.

“As people start to lose muscle mass, strength, and the ability to move in their own environment, they’re essentially at high risk for physical disability,” he said.

They can reach a point where they’re unable to participate in quality-of-life activities, play with grandkids, be outside, do what people enjoy. Even simple acts, such as climbing the stairs or standing from a chair can become difficult, he explained.

Bamman and a team of researchers are currently in year three of the five-year Metformin to Augment Strength Training Effective Response in Seniors (MASTERS) Trial. The goal of this study is to test the anti-inflammatory effects of metformin, a drug originally created to combat diabetes, and determine whether a combination of the medication and exercise will enable older patients to build muscle without as much difficulty.

“Inflammation starts to accumulate in muscle as we get older,” Bamman said. “With inflammation … adaptations to exercise start to become more difficult. With the medication we’re studying, the goal is to reduce inflammation in the muscle, which will then allow the muscle to respond better to exercise training.”

“The goal is to restore muscle mass, muscle function, and mobility function to a much healthier level,” he said. “Essentially, what we’re trying to do is provide a stimulus [for] adults 65 and older and give them the functional capacity of individuals several years younger.”

While inflammation is a frequent cause of muscle atrophy, there’s no exact explanation for its cause.

“We think there are several factors,” Bamman said. “One is an accumulation of free radicals, little molecules that cause oxidative damage in tissue. As we get older, we tend to be more susceptible to that. It also may have to do with changes in blood flow to specific tissues as we get older. We start to see a reduction in the small blood vessels that bring blood into muscle. One advantage of exercising is that it not only enables you to restore some of that lost muscle mass and muscle strength but also starts to restore the blood flow mechanism that keeps tissues [healthy].”

MASTERS Trial participants are 65 and older with no history of diabetes and no intensive strength training during the past three years. Half are given metformin, half are given a placebo, and all exercise regularly as part of the study.

“The exercise training that we use works quite well by itself,” Bamman said. “With just the exercise training, participants have seen restored strength and muscle power; they’ve also reduced fatigue and regained lost muscle. What we’re doing with the medication is we’re trying to enhance that.”

For more information about or to take part in the MASTERS Trial at UAB, visit www.uab.edu/medicine/exercise/research, call 934-6231, or email masterstrial@uab.edu. 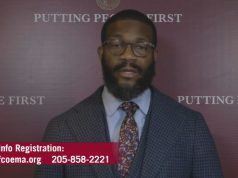 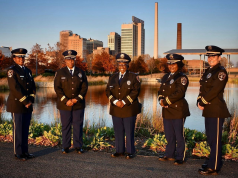 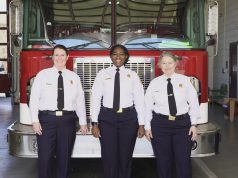 Meet Birmingham Fire Capt. Nina Taylor: ‘I see it as a way to help...