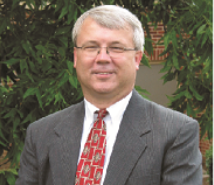 Efforts are being made at multiple levels to stop human trafficking, said Gen. Charles Krulak, a co-chairman and ambassador for the Human Rights First Bankrupt Slavery Campaign, an effort to combat and disrupt modern-day slavery and human trafficking.

“At the grassroots level, it’s trying to recover the males and females who are caught up in the trafficking—bringing them to safety, reuniting them with family, or giving them an opportunity to live a life that is not tainted by the fact that they had been trafficked,” he said.

At the highest levels, laws are being adopted, he added.

“Right now, there is very high reward and very low risk for the trafficker. We’re trying to flip the risk-reward equation so that the ones who run it have a huge risk. In order to do that you have to involve attorneys general, sheriff’s offices, police departments, the FBI, banks, airlines, trucking companies, buses, trains—anything that can move or be used as a funnel of funds for the trafficker must be disrupted,” he said. “It is a very hard thing to do, and it takes a serious amount of dedication.”

In 2007, state Rep. Jack Williams (R-Vestavia Hills) discovered that Alabama did not have any human trafficking laws.

“I really kind of waited on someone else to pick it up, and in 2009 I went ahead and introduced a bill,” said Williams, who chairs the State Human Trafficking Task Force. “In all honesty, folks in the legislature were like, ‘Why are you doing that? That doesn’t happen around here.’”

Alabama’s legislative measures, which also provide protection to victims, place the state among 44 others that have criminalized human trafficking.

In 2012, Alabama passed a law that criminalized the act of buying sex, as well as legislation that offers exit programs, rehabilitation, and other means of support to women and children who are victims of sex trafficking.

In 2014, Alabama’s Human Trafficking Task Force was established. The group, which meets once a legislative quarter, focuses on efforts to end human trafficking; to raise awareness through education and community initiatives; and to develop legislation to combat and prevent human trafficking.

Birmingham is also taking a stance against the scourge of human trafficking.

DHS Blue Campaign Chair Maria Odom said at the time, “Partnerships like these enable us to help citizens recognize and report this heinous crime. We will continue to work with state and local partners across the country to help save lives and bring perpetrators to justice.”

Blue Campaign tools and resources, including posters, were placed at transportation hubs throughout the city to help residents identify and recognize indicators of human trafficking and to help potential victims seek support. Materials also were distributed to all public safety personnel to provide them with information on how to report suspected cases of human trafficking.

In addition, the U.S. Attorney’s Office named Xavier Carter coordinator of the Human Trafficking Task Force for the Northern District of Alabama. This is an issue Carter has been interested in for a few years now.

“It sparked interest in me because of the lives affected by it, the women who become victims of it, and the fact that it’s basically modern-day slavery,” he said.

The Task Force works with law-enforcement agencies, such as the FBI, sheriff’s offices, and police departments, but the key components are partnerships with nongovernment organizations.

“These are difficult cases to investigate and prosecute because often the victims are scared of the folks who have trafficked them,” Carter said. “Organizations like The WellHouse have loads of experience dealing with victims. They are a critical component in what we do.”

The WellHouse, a Birmingham-area faith-based nonprofit organization, offers a variety of services to women and girls who have been sexually exploited through human trafficking.