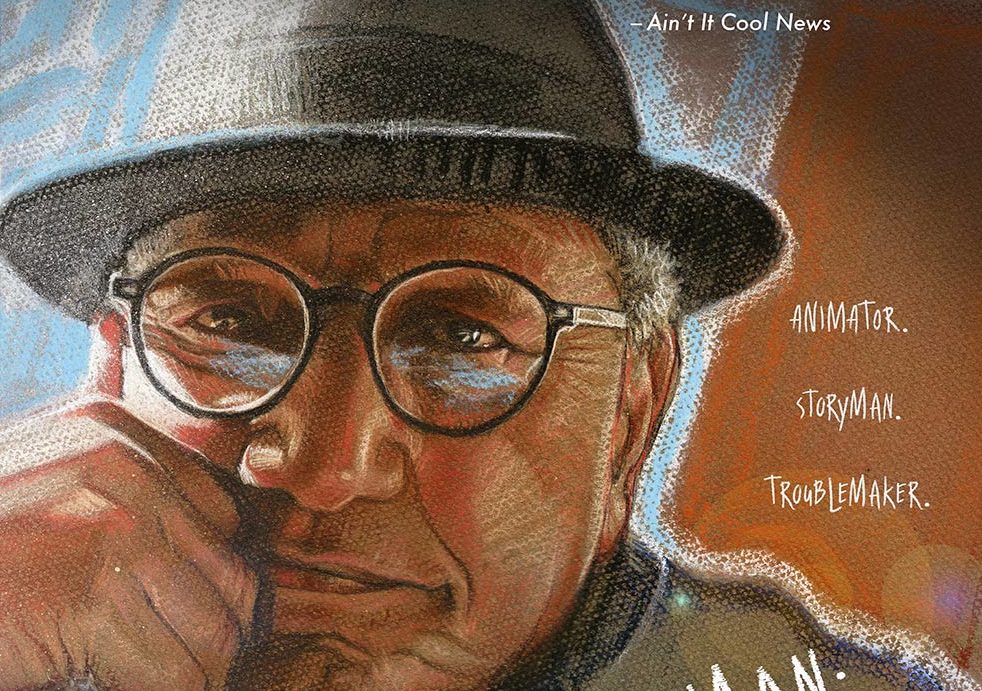 In the world of animation, Floyd Norman is a verb. The term “Floydering” was developed by Norman’s co-workers to describe his creative process, and it’s that creative process that propelled the 81-year-old throughout his animating career.

It’s only fitting that, as the first African-American animator at Walt Disney Studios, Norman’s history-making career—which includes classics like “Sleeping Beauty,” “The Jungle Book,” “One Hundred and One Dalmatians,” “Mulan,” “Toy Story 2,” and “Monsters Inc.”—would be immortalized on screen. The 2016 documentary “Floyd Norman: An Animated Life” (now available on Netflix) provides a unique look at one of Disney’s most underrated, yet most integral, artists.

Norman’s career spans much of the Walt Disney Studio’s history, but Norman is also a trailblazing producer as one of the co-founders of Vignette Films, one of the first companies to produce films based on black history. The company produced six animated films, including “Paul Laurence Dunbar: American Poet” in 1966; “George Washington Carver” and “Thurgood Marshall: Mr. Civil Rights” in 1967; and “The Right to Legal Counsel” in 1968.

Born in 1935 in Santa Barbara, Calif., Norman has been at almost every juncture in Disney’s long history, which made him a fascinating documentary subject.

“We very early on realized he was the Forrest Gump of animation,” said co-director Michael Fiore to online entertainment site The Wrap. “We thought we were telling the history of animation told through the life of Floyd Norman, but along the way we started to realize there was a lot of layers.”

“Floyd Norman: An Animated Life” is just one of the many extraordinary moments in Norman’s career.

“Today, I’m on the road sharing my own documentary …,” Norman wrote on his blog, Mr. Fun’s Journal, in November 2016. “… It’s been a fun ride, and it’s nice to have a motion picture celebrate my life. Because after all … it was a celebration that lasted 81 years, and you can’t do better than that.”

“One day, I happened across a book on motion pictures. It told how movies were made, and it detailed the entire filmmaking process. I found it fascinating,” he wrote in November 2016. “I had been a moviegoer all my young life, but now something clicked inside my head and I realized I wanted to make movies. In truth, I became totally obsessed with the idea of telling stories using the medium of film. It was a passion I would never lose.”

He also knew he always wanted to be an artist, and he identified with Walt Disney since childhood.

“I first recognized Walt Disney’s signature before I could read,” Norman told D23, the official Disney Fan Club, in 2015. “I would see that famous signature on books and comics, and I asked my grandmother, ‘What is that name?’ She said, ‘That’s Walt Disney.’ I never forgot that name. I just felt like I wanted to work at the Disney Studio that day.”

While in high school, Norman was able to visit the Disney Studio; despite the studio being closed to the public, a security guard allowed him inside. While he was there, animators told him to try out for art school.

After graduating from the Art Center College of Design, Norman started his career in art—but not with Disney. He started as an assistant to Bill Woggon, who drew Katy Keene comic books for Archie Comics.

At age 21, Norman finally achieved his dream of working for what was then called Walt Disney Productions. In 1956, the studio hired him as an inbetweener, an animation artist who creates drawings between key poses to complete a character’s action and movement sequence on Sleeping Beauty, which was released in 1959.

While others have criticized Disney for possible anti-Semitic and racist views, Norman has defended Disney in various interviews throughout his career, saying that his race was never an issue.

“I remind people all the time that when we young artists came into Disney, we were a mix,” he told Yahoo! Movies in August 2016. “There were young women, which was unusual at that time. We had an Asian artist, a Latino artist, and one from Lithuania. So my being African-American didn’t make me different from anybody else. We were from everywhere, but we were all one thing: artists. And that’s all that really mattered to Disney.”

Norman was drafted to serve in the Korean War, putting his art career on hiatus. But after serving, Norman came back to Disney Studios to work on 1961’s “One Hundred and One Dalmatians” and 1963’s “The Sword in the Stone.” He also contributed to the groundbreaking animated sequences in 1964’s “Mary Poppins,” which combined both hand-drawn animation and live-action performances.

Norman was promoted to the studio’s story department after Walt Disney noticed sketches Norman made to make his co-workers laugh. This promotion led him to help develop the story for 1967’s “The Jungle Book.”

Dedication to the Craft

At 81 years old, Norman continues to “Floyder” by freelancing for Disney as a consultant and storyboard artist. He also regularly writes about his experiences in the animation industry on his blog, Mr. Fun’s Journal, as well as for JimHillMedia.com, a popular animation site, and AfroKids.com, a multicultural site he and Sullivan founded in 1999.

Norman has also written several books on the animation industry, including “Faster! Cheaper! The Flip Side to the Art of Animation”; “Son of Faster, Cheaper!: A Sharp Look Inside the Animation Business”; “How the Grinch Stole Disney”; “Disk Drive: Animated Humor in the Digital Age”; “Suspended Animation: The Art Form That Refuses to Die”; and “Animated Life: A Lifetime of Tips, Tricks, Techniques, and Stories from a Disney Legend.”

Norman’s dedication to his craft has been lauded by his peers. In 2002, he received the Winsor McCay Award for his lifetime in animation at the Annie Awards and in 2007 he was named a Disney Legend. He also received the 2008 Inkpot Award at Comic-Con International, the 2013 Sergio Award from the Comic Art Professional Society, and the 2015 Friz Freleng Award for Lifetime Achievement for Excellence in Animation at the International Family Film Festival. In 2016, Norman joined the education and outreach committee of the Academy of Motion Picture Arts and Sciences.

Despite his well-rounded career, Norman still believes he is “just beginning to get the hang of it.”

“I’m sort of a Disney … kind of a troublemaker,” Norman said to D23. “A story artist. Animator—tried to be an animator. But mainly writer, artist, and a guy who’s trying to learn his craft.”