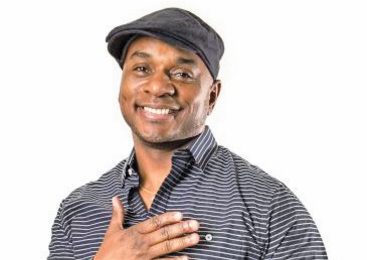 Comedian Tony Roberts remembers when “the struggle was real.”

“I was poor. I was living off my sister, and dating girls just to get a place to stay . . . then BET Comic View came out and I auditioned and out of about 20 people they picked two of us to go on the show. After that it was [HBO’s] Def Comedy Jam and I moved to New York in 1995 and never went home.”

Roberts, who was born in Detroit and now lives in northern California, has since performed his stand-up around the world. This weekend he will perform at The StarDome in Hoover. When it comes to his shows, Roberts said each is different because he doesn’t know which topics he will cover.

“That’s what my fans like about me, that I have no idea what I’m going to say,” Roberts said. “I tell people I like to talk before I think because I don’t like surprises; I feel the energy. If the crowd is energetic and they’re feeling me I can go left field for a while and come back later. You never know where my show is going to end up. I can do five shows a weekend and you never know what to expect.”

Roberts said he also will talk through anything going on around him.

Roberts is also a morning show radio host for 102.9 KBLX in San Francisco. If he was not doing comedy, that would have been his fulltime job, he said.

“A lot of comics don’t feel like they can be themselves on the radio because they can’t curse, but I love it, it’s the bomb.” He said.

Roberts started in comedy as a dare. He didn’t expect it to lead to a lifelong career.

“I was never a class clown, I was shy. My parents were strict and I wasn’t really funny out of all my friends, and I didn’t like to get on stage because I didn’t like talking,” he said. “I had so many different jobs. My first comedy set was in Michigan and my best friend since fourth grade bet me $50 I wouldn’t get on stage and I did it. I didn’t have anything to say so I just started talking about my friend. I was so scared.”

At the time, Roberts said he switched jobs often and after his first comedy set he quit his day job to pursue comedy. After one show on BET’s Comic View in 2001 he recalls a gift from a fan.

“It was like a 1930s styled microphone and it swiveled so I bought a chain for it, and I used to wear it everywhere,” Roberts said. “I used to grab it and rub it before I went on stage. It was kind of a ritual to me, besides my daily prayer.”

The chain was Robert’s signature jewelry piece. He also remembers when he lost it.

“When I met my wife we started going out with a friend who owns a comedy club here in the Bay Area, and every year we’d go water rafting and we’d be joking around and throwing each other out the boat until the rapids would come,” Roberts said. “The first year I went water rafting, my chain got ripped off, it got lost in the river. I cherished that chain. One day I saw the fan who gave it to me and thanked her. That was something for a fan to give me [and] that was a big thing for me. It was like losing a puppy.”