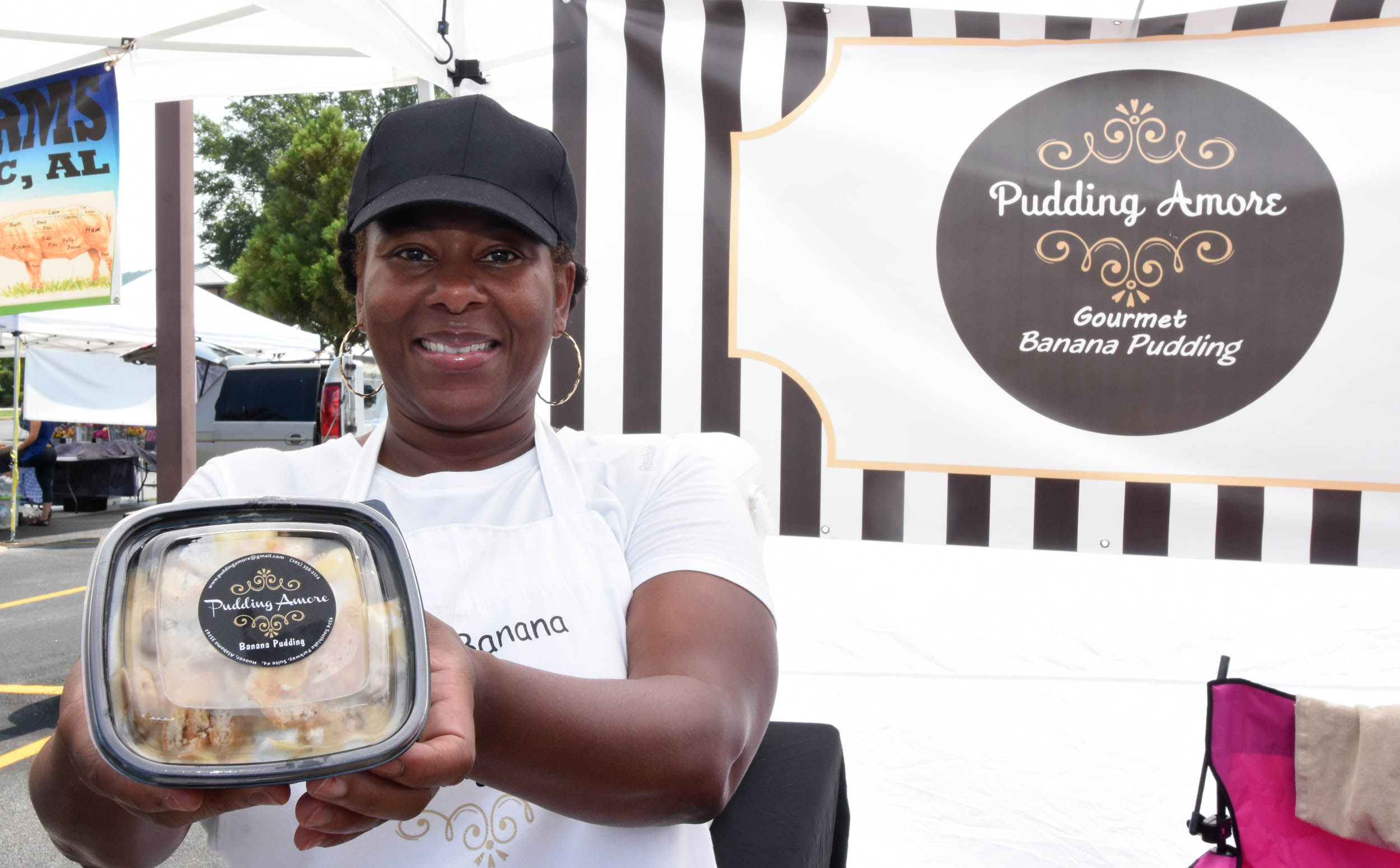 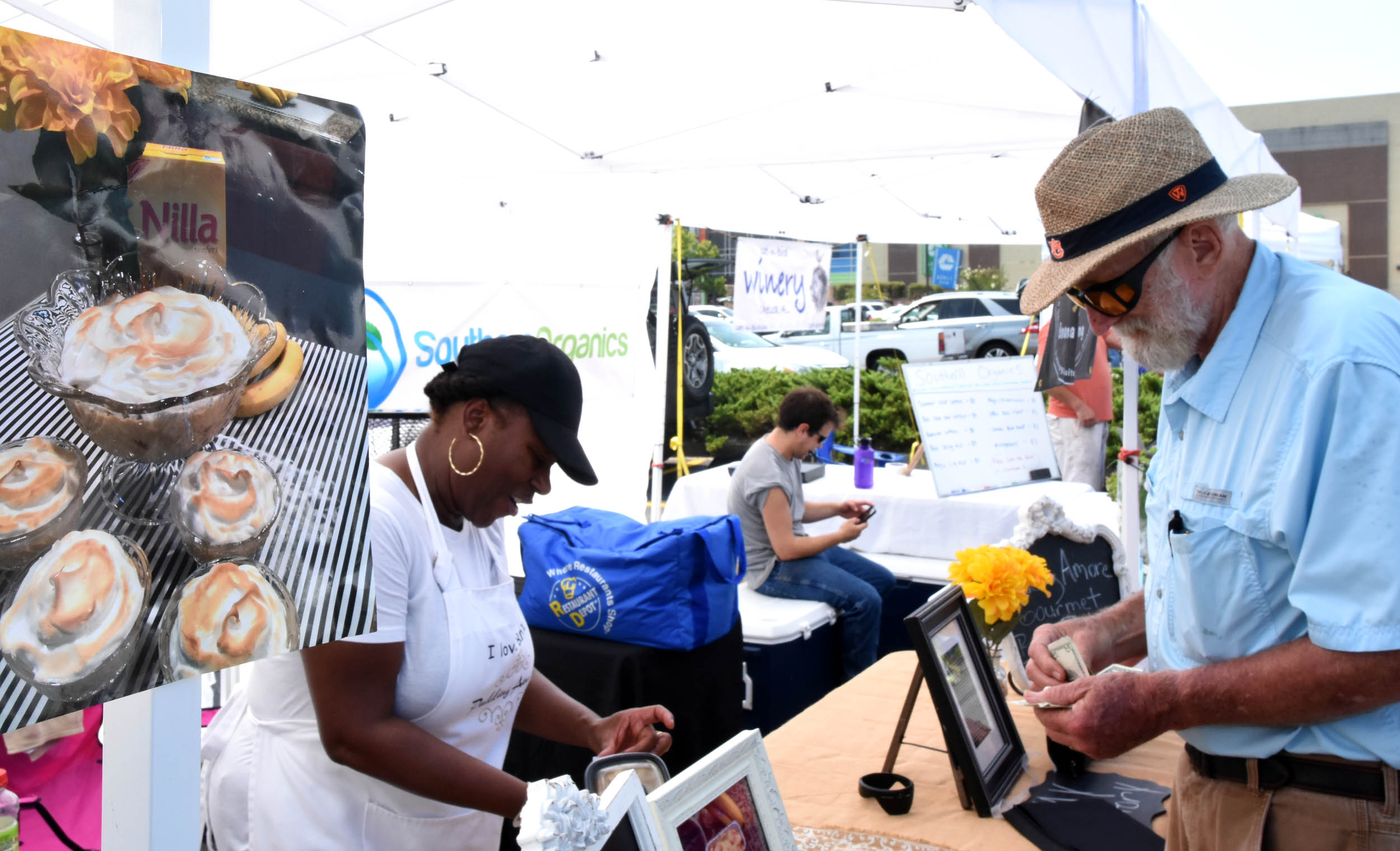 The recipe has been in her family for almost 100 years. She even shared it with her daughter before she died. Now Bettina Morgan is turning a traditional family dessert into a business.

She didn’t always think she would own a business, but after making a critical life decision, Morgan –mother of three and grandmother of eight – decided to give it a try.

“I resigned from my job last year in July,” Morgan said. “I worked for law enforcement for almost 25 years, and I was two and a half years from retiring. The shifts weren’t conducive for my family: Monday – Thursday from 2 p.m. – 2 a.m. My grandson was about to start kindergarten, and that wasn’t going to work.”

Morgan began taking care of her grandson almost seven years ago after her daughter, TaKeena, died.

“My daughter was 25 when she passed,” she said. “I’m raising her son; he’s the reason I resigned two-and-a-half years before retirement. It was a very tough decision.”

TaKeena had five children at the time of her death. At the time they were seven weeks, 14 months ages 2, 5, and 7 years old.

“I brought home two babies overnight,” she said. “[One of my sons] had just gone off to college, so it was life-changing for me. But God has sustained us. It’s been a blessing, and it’s been a challenge having to start over. Last year my youngest son graduated from high school and my grandson started kindergarten.”

Her daughter loved her banana pudding and knew the recipe as well and one reason to create a business is to leave a legacy for her children and grandchildren.

“This motivated me more to say one day there’s a possibility that I will have something to pass down to my children and grandchildren,” she said.

Morgan said her grandmother taught her how to cook banana pudding when “I was really young because it’s not easy. You have to work with the custard for a really long time to get it right,” she said. “I have customers asking how can they get the custard right, I tell them it took years of experience, and all the glory goes to God; it is rated the best banana pudding ever by my customers.”

The recipe was tweaked 30 years ago, but it remains authentic, she said. 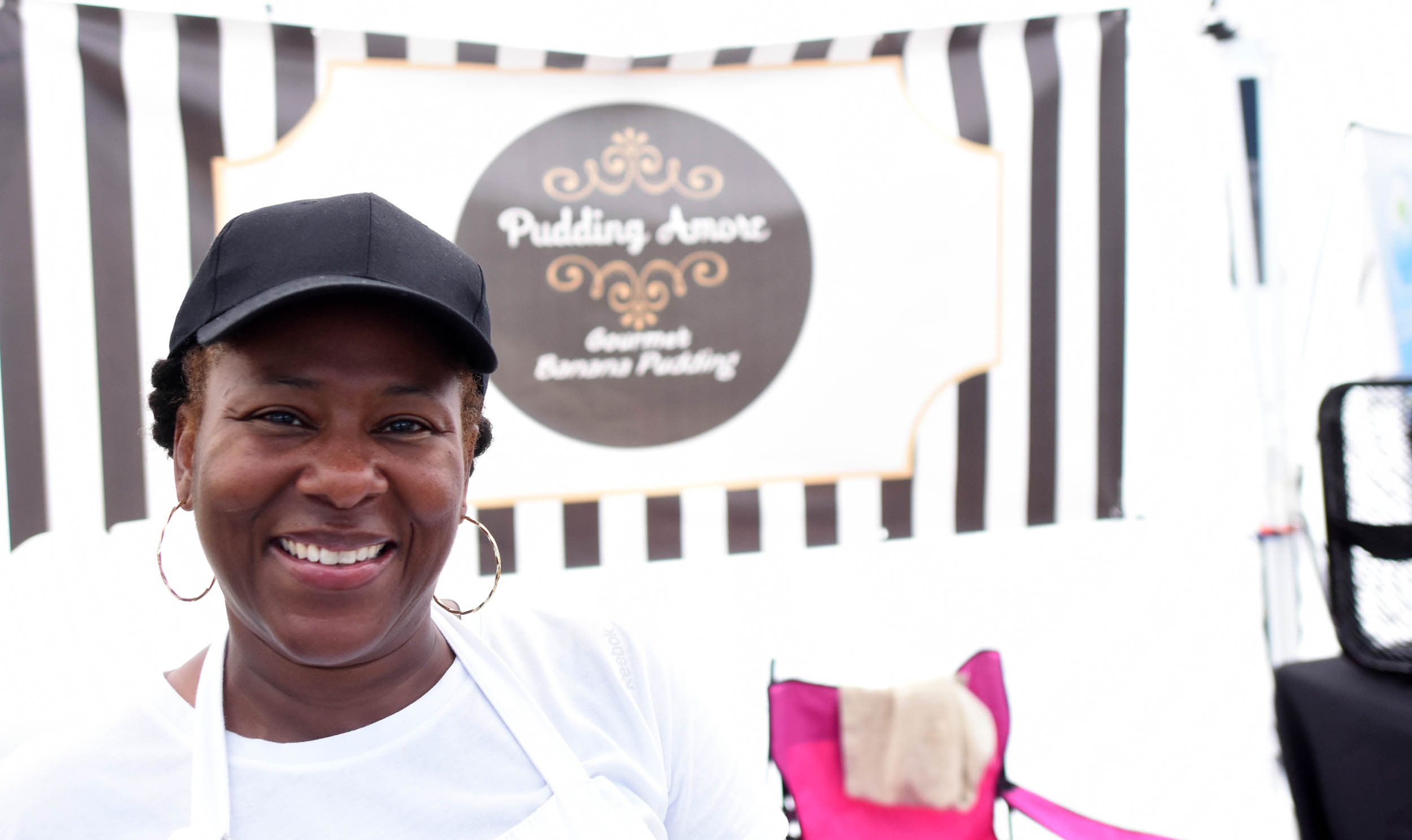 “They would be like ‘this is the best banana pudding I’ve ever had in my life,’” she said. “December of last year I put pictures on Facebook and my friends asked ‘How much would you sell it for?’ I was surprised because it was something I just did because I enjoyed it. I decided to try it and it took off like crazy.”

Morgan opened Pudding Amore in March 2017 after getting her business license and finding an industrial kitchen. For every market, she makes about 480 ounces of pudding for that day except Pepper Place; when she doubles her product.

“I sold out at Pepper Place in about three hours,” she said. “A lot of people, if they miss me there, they go to the other markets to make sure they get some.”

Morgan can be found at The Market Place at Lee Branch three Saturdays out of the month through August, and the Market at Pepper’s Place one Saturday through December; but every Tuesday she is at West Homewood Farmer’s Market, until Aug. 1. With the cooler months ahead, she is hoping to get into more stores.

“As my business grows, the stores are waiting on me, but I don’t want to overload myself,” Morgan said. “It’s only been a few months.”

Morgan also does other pudding flavors.

“I have pineapple pudding, Tutti Fruity, which has cherries pineapples and bananas in it. I do a caramel coconut, and the original banana pudding,” she said.

Morgan said she is also considering selling her custard. “There’s no worrying about artificial flavors or having to get it right, it’s all done for you.”

Though it’s only been a few months, Morgan said she feels good about her business.

“I want to get my product in larger chain stores, possibly that may happen,” she said. “People are desiring to have that old type of banana pudding. It tells me that I have a future.”

The response has been humbling, she said.

“Hearing the reaction from the other people feels good. Some people are banana pudding snobs or banana pudding connoisseurs and swear by their own moms’, but when they taste mine they’re like ‘This is it.’ And I’m just like ‘wow!’”