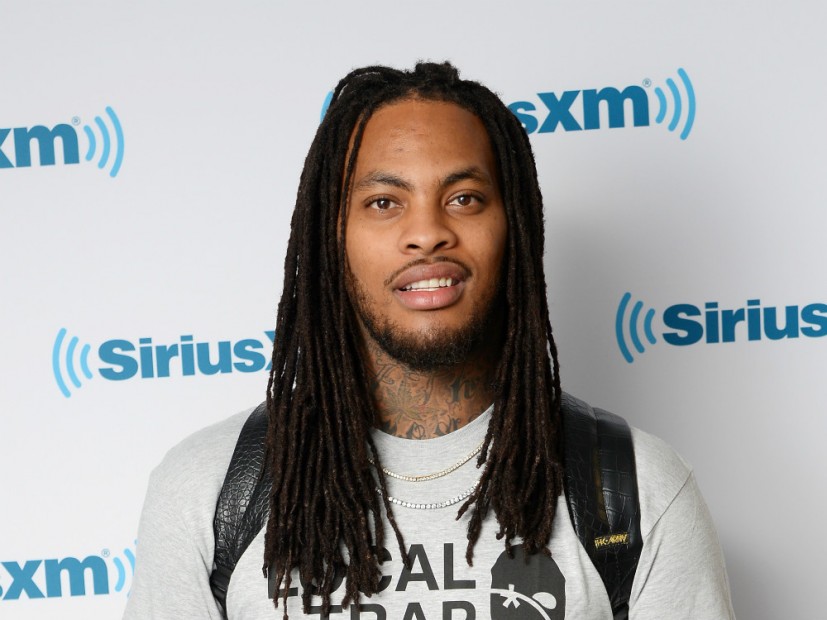 TODAY
COMEDIAN TIM STATUM at the StarDome Comedy Club.
LIVE BAND KARAOKE, 7:30 p.m. at Perfect Note.
OLIVIA’S HAPPY HOUR, every Thursday at Olivia’s Bar and Lounge with $.50 wings and drink specials, 4 p.m. For more call (205) 326-2881.
JOSE’ CARR WITH JAZZ ON FIRST, 7-10 p.m. at Jazzy’s on First Avenue North.
LIVE AT STEEL, 8 p.m. with SHARRON performing and DJ DUBB in the Mix at Steel on First at 23rd Street, downtown Birmingham. Get your live music and dance on every Thursday night.
VOLK, THE RETROVALES, KING’S GERMAN LEGION and TRUETT at the Nick.
FRIDAY
CHRIS COLEMAN RADIO NETWORK WORLDWIDE BASH, 7 p.m. at M Lounge, 521 3rd Avenue N. with URBAN MYSTIC and YUNG VOKATZ.
UNWIND FRIDAY, 8 p.m. at Jazzy’s on 3rd with great jazz.
COMEDIAN EDDIE GRIFFIN at the StarDome Comedy Club.
FANCY FRIDAYS, 5 p.m. featuring JILLIAN GRAY with YARBROUGH & COMPANY every Friday at Legends on 18th Street North, Downtown. Birmingham. This is an After Work Experience hosted by Keely and Tiger and catered by Chef Jones. Call (205) 212-4406 for more.
PLUM BAR on 17th Street, Downtown.
TAYLOR HUNNICUTT & CO., TRAGIC CITY and RYAN SOBB, 9 p.m. at the Nick.
VOCALIST LINDSEY WEBSTER, 7:30 and – 9 p.m., at the Perfect Note.
SATURDAY
SUMMER CAMPS at several Birmingham Park and Recreation sites. Call 205-254-2391 for registration information.
RAILROAD PARK is where the fun is Saturday.
SOULFUL SATURDAY at Steel 1st and 23rd Club.
LOW FREQUENCY BUZZ, PUDWICH and CAVE OF SWIMMERS, 9 p.m. at The Nick.
COMEDIAN EDDIE GRIFFIN at the StarDome Comedy Club.
CLUB SILENCIO MUSIC FROM THE FILMS OF DAVID LYNCH, 8 p.m. at Saturn.
CHRIS THOMAS BAND, 8 p.m. at Perfect Note
SUNDAY
BRUNCH at 1st and 23rd.
SLOW ART SUNDAY, 2 p.m. at the Birmingham Museum of Art.
LOVEISLIGHT, VIOLETTA CRUSH and COOMMUNION DAY, 9 p.m. at The Nick.
COMEDIAN TIM STATUM at the StarDome Comedy Club.
MONDAY
BIRMINGHAM BANDSTAND, 9 p.m. at The Nick.
CARD PLAYERS SPOT at the TIDE AND TIGER, 6 – 12 p.m.
WELCOME TO NIGHT VALE at the Lyric Theatre presented by Saturn and the Bowery.
TUESDAY
TIDE AND TIGER HOT TUESDAY, 3 p.m. until… on Graymont across from Legion Field with $.50 wings and drink specials until 9 p.m. For more call (205) 503- 3880.
OLIVIA’S HAPPY HOUR, 4 p.m., every Tuesday, at Olivia’s Bar and Lounge with $.50 wings and drink specials. For more call (205) 326-2881.
OPEN MIC FINALS, 7:30 p.m. at the StarDome Comedy Club.
PLUM BAR on 17th Street, Downtown.
JOSE’ CARR at the Boss Lounge, 8:30 – 11 p.m.
LOVEJOY and MATCHI at The Nick.
COMEDIAN FUNNYMAINE at the StarDome Comedy Club.
WEDNESDAY
COMEDIAN FUNNYMAINE, 7:30 p.m. at the StarDome Comedy Club.
BIG HENRI, CREMRO SMITH and COVRAWAF, 9 p.m. at the Nick.
WINE AND JAZZ at the Perfect Note.
OPEN MIC NIGHT at the Oak Hill Bar & Grill.
NEXT THURSDAY

THE MOTHER FLOWER and GARY SANDERS TRIO, at The Nick.

NEXT FRIDAY AND SATURDAY
COMEDIAN JAMES GREGORY at the StarDome Comedy Club.
FOR FUN IN JULY and coming…. CHECK IT OUT
DON’T MISS SLOSS MUSIC AND ARTS FESTIVAL, next weekend, Saturday and Sunday with WAKA FLOCKA FLAME!
IN MONTGOMERY
PARADE OF HOMES– Join the 2017 Parade of Homes this Saturday and Sunday 1- 6 p.m. at the Hampstead and also July 15 and 16 with an Open House Weekend featuring the Lakeview on July 22 and 23. There will be a Parade of Homes Village featuring three homes this year.
SUMMER SOCCER TRAINING is July 11, 13, 25 and 27, 5 – 7 p.m. for Small Group Training and July 18 – 20 for Elite Camps, for ages 5 and up in Hampstead. For more information and to register, go to BarberEliteSoccer.com.
LIVE @ 5 MUSIC at the Tipping Point, 7 p.m. at Hampstead, this Friday, July 14 and July 21
FOOD TRUCK TAKE OVER is every Friday, July 7 – August 2, 4:30 – 8:30 p.m. at the Hampstead Town Center.
FOR FOOD LOVERS
WE GARDENS MARKET – The West End Gardens Market and Farm Stands will be at Princeton (Professional Office Building 1) on Wednesdays through October 25 from 10 a.m. – 1 p.m. and at PEPPER PLACE on Saturdays through September 30, 7 a.m. – 12 p.m.
WINE DINNER SERIES – MICHAEL’S STEAKS AND SEAFOODS is hosting a monthly Michael’s Wine Dinner Series on Mondays. JULY 10th at 7 p.m. – WINES FROM OREGON as you travel through the Williamette Valley discovering why the wines of this region are quickly making their mark in restaurants around the world. AUGUST 7th at 7 pm. – WINES FROM FRANCE VS CALIFORNIA. You do not want to miss this classic heavyweight battle as you pit old world wines vs. new world wines, in a matchup where everyone wins.(You missed the wines from Chile. Don’t miss the wines and the great food.)
Contact and call 205.871.9525 or marketing@michaelssteakandseafood.com for more.
FOR ART AND PERFORMING ART LOVERS
AT THE UNIVERSITY OF ALABAMA
COLLECTED MEMORIES is presented by the PAUL R. JONES GALLERY, July 7th – August 25th with a reception, Friday, 5:30 – 7:30 p.m. at the Gallery.
IT’S NEVER TOO LATE TO START is presented by the University Gallery from July 7 – August 18 at the Dinah Washington Cultural Arts Center in Tuscaloosa. Opening Reception is July 7, 5:30 – 7:30 p.m. It is an art exhibit by students of the Osher Lifelong Learning Institute.
INTERESTED IN ART
AFFIRM FOUNDATION is a nonprofit 501(3-)C) Arts Education Organization designed to educate, entertain, empower, inspire and affirm young people of color by showing them the greatest example of successful Alabama natives of the African Diaspora who achieved national and international fame. The exclusive modern exhibition entitled the Roots & Wings Collection ® will be presented by The Affirm Foundation under the trust of Designer Perry Varner as Creative Director and showcased at museums and universities throughout
Alabama beginning in 2018. Submissions are needed by October 1, 2017. Types of Artwork Needed: Paintings, Sketches, Sculptures, Photography, Glass Work, Wood Work, Fashion Illustrations, Graphic Design Images, Fashion Design or any medium you choose. Be creative.
AT THE BIRMINGHAM MUSEUM OF ART
ART AFTER 5 FRIDAY
COCKTAIL TASTING, 5-9 p.m.
ART AFTER 5 p.m. with CAMP BMA, 5-8 p.m. with mini studio classes.
GALLERY TOUR, 8 p.m.
LIVE MUSIC with THE YELLOW DANDIES, 7-9 p.m.
SMALL PLATES with Oscar’s Café , 5-9 p.m.
SLOW ART SUNDAY, 2-3 p.m. FREE!
AT MAUS COMTEMPORARY
BIENNALE ARTE 2017, VIVA ARTE VIVA will open to the public now to Sunday November 26 at the Biennale di Venezia, titled Viva Arte Viva, curated by Christine Macel. JELILI ATIKU is a Nigerian visual artist, whose body of works strictly focuses on commitment to social, humanism and the crimes being committed against human life. Through series of performances, Installation Sculpture, drawings, photography and video art he has been relating to life and freedom; and ultimately direct attention to the importance of human values of life, freedom and human rights. Through his art forms he has taken viewers into a realization of the consequences of crises, hu man rights abuse, conflicts and wars, direct and involve them in active participation in the improvement of our collective existence. He holds a belief that viewers will upon viewing his works participate through visual education and persuasion in the development of popular attitudes which can lead eventually to a better society. He feels his performance will have influenced the mind, feelings, nerves and soul of the viewers for positive thinking and actions.
ALABAMA AND BEYOND: AFRICAN AMERICAN EDUCATORS AND THEIR ART, July 18- October 22 from the CARNETTA AND NORM DAVIS COLLECTION at the Birmingham Civil Rights Institute.
FOR OUTDOOR LOVERS

SATURDAY DAYHIKE, 9 a.m. – Southeastern Outings Easy River Float, Picnic, Swim, Short, Moderate  Dayhike at the Locust Fork from Swann Bridge to Powell Falls near Cleveland, Ala.- DETAILS: Float in the river from Swann Covered Bridge to Powell Falls. View a genuine, old but newly refurbished wooden covered bridge, float under the bridge, about a mile and a half, downstream to the waterfall. View the sheer cliffs that rise about 60 feet above the river. Enjoy a flowing river, covered bridge, high rock bluffs and at least one waterfall — all along a one mile stretch of this river. Bring something to float on such as an inflatable vinyl float or air mattress. Substantial, fabric-covered, inflatable, vinyl, rectangular floats like you use to ride the waves at the Gulf work best. Bring a picnic lunch, drink, towel and sunscreen. Pack items in two plastic garbage bags with twist ties, one bag over the other, put bags in your daypack and strap to your back. Wear swimsuit and sturdy foot protection. Old sneakers work well. Bare feet, flip-flops, slip-ons and thin-soled beach shoes are not acceptable! Lunch will be on the huge flat rock in the middle of the river beside the waterfall. Have fun swimming in the pools at the base of the rock, jumping into the larger pool, climbing up and down or just sitting in Powell Falls. Then walk back to the bridge on a trail along the river. You must be able to swim to participate in this outing! Well-behaved, properly supervised children age 7 and up able to swim welcome, but parents are responsible for all risks to their children. Please be at the Cleveland Chevron Service Station no later than 8:45 a.m. ready to depart promptly at 9 a.m. Arriving 15 minutes before departure time will be great to organize and form carpools from the Chevron. Parking is extremely limited at the put in point on the river. For more info, contact Dan Frederick, seoutings@bellsouth.net or (205) 631-4680. EDDIE GRIFFIN
Quickly following with performances on HBO’s Russell Simmons’ Def Comedy Jam and a Cable Ace Award- nominated special, Griffin began branching out into acting. Roles in such films as The Last Boy Scout (1991), Coneheads (1993), and Jason’s Lyric (1994) soon led to a sitcom (Malcom and Eddie) in 1996, and Griffin’s film appearances became more frequent. After headlining 2001’s Double Take alongside Orlando Jones, Griffin earned his leading-man status, and with his role as Anton Jackson in 2002’s Undercover Brother, it seemed as if
Griffin had conquered not only the stage, but the silver screen as well. In addition to his comedic skills, Griffin is also a gifted dancer and choreographer.
AT THE BIRMINGHAM PUBLIC LIBRARY
BUILD A BETTER WORLD THROUGH YOGA – BPL is hosting free yoga classes for adults and teens as part of Summer Reading that will include Tai Chi, gentle yoga postures, poetry and humor. Classes will be taught by former librarian Marie Blair and will include upcoming yoga workshops: “Yoga for Seniors” today, 2:30-3:30 p.m. at Southside Library; Friday, 10 a.m. at Ensley Library; Monday, July 10, 10 a.m. at Woodlawn Library and Friday, July 21, 10 a.m. at Powderly Library. Visit www.bplonline.org or more.
**BIRMINGHAM AFRICAN-AMERICAN GENEALOGY – The Birmingham Public Library is hosting the Birmingham African American Genealogy Groups remaining 2017. Here is the class schedule. The group meets monthly on Sundays, 3-5 p.m. at the Central Library.
SUNDAY
–
Youth in Genealogy, 3-5:30 p.m. at the Central Library.
AUGUST 13– Introduction to Railroad Retirement Records, 3-5:30 p.m. at the Central
Library.
SEPTEMBER 10– BAAGG visit to LDS Center in Vestavia Hills at the Jesus Christ of Latter Day Saints Church
OCTOBER 8 – Convict Leasing and Parke Papers, 3-5:30 p.m. at the Central Library.
NOVEMBER 12 – Introduction to the digital library and digital scanning services at Birmingham Public Librarys Southern History Department, 3- 5:30 p.m. at the Central Library
DECEMBER 10– BAAGG Holiday Social and Awards (time and place to be determined)
COMING SOON
JULY 15-16 – SLOSS MUSIC AND ARTS FESTIVAL
AUGUST 4-5– SECRET STAGES
Well, that’s it. Tell you more next time.
(People, Places and Things by Gwen DeRu is a weekly column. Send comments to my emails: thelewisgroup@birminghamtimes.com; gwenderu@yahoo.com.)