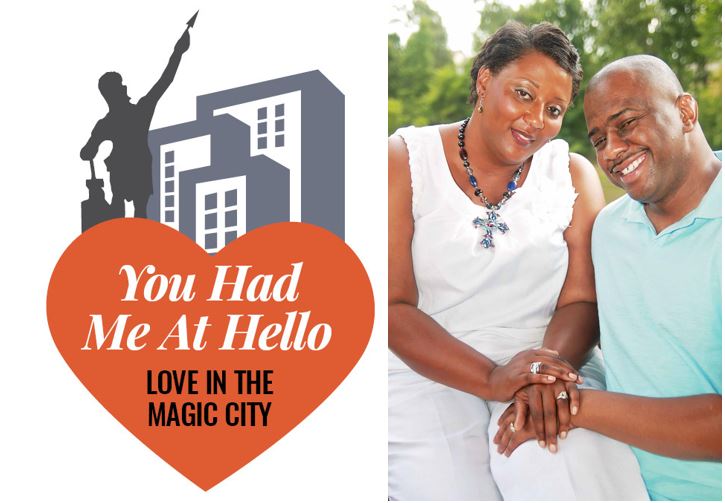 “You Had Me at Hello’’ highlights married couples and the love that binds them. If you would like to be considered for a future profile, please send an email to Ariel Worthy at aworthy@birminghamtimes.com. Include the couple’s name, a contact number and what makes their love story unique.

Who: Birmingham natives Cynthia and Carlton Seals, both 46, now living in McCalla

Met: Cynthia was in the fourth grade at Wenonah Elementary School when she noticed Carlton after he transferred from across town. Carlton didn’t notice Cynthia until they were in the same sixth grade class. Her dimples and lips pulled in Carlton.

“I would walk to school with my friend, Charles, and I used to tell him that Cynthia was a good girl and she was going to be ‘the one,’ for me one day.”

Cynthia and Carlton became friends. In the 11th grade, Carlton asked Cynthia to be his girlfriend. She didn’t answer right away. She made him wait a week before she said, “yes.”

“I started to learn the true meaning of respect and love,” Carlton said. “Watching my friends, my parents and other family members and how they treated and took care of their wives, meant something to me. I knew I had to be better.”

Said Cynthia: “Just to see him be this man of God, It was like, ‘Wow!’ There was a change.”

The proposal: Carlton got down on one knee and proposed at the Cypress Inn restaurant in Tuscaloosa on Cynthia’s birthday in 1996. 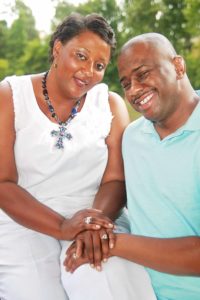 Wedding day: As Cynthia prepared to walk down the aisle on Oct. 10, 1998, she knew she had made the right choice in Carlton when she remembered what she asked God for in February 1988: “God, I don’t’ want to be that girl who’ll get hurt or be mistreated. Please send me someone who’ll respect me and treat me like I deserve to be treated.” She said she found her answer in Carlton when he asked her to be his girl a month later.

“You have to be with someone who loves the fact that they love you. And if that is the case, it will grow,” Cynthia said.

Words of wisdom: “Marriage is not a Walt Disney story,” said Cynthia. “It really takes work. If you are not willing to work forever, it’s not going to happen at all. You have to constantly say your prayers because sometimes, you will need to encourage yourself.”

“For us, marriage has been amazing,” Cynthia said. “I wouldn’t do it with anybody else.’’

Said Carlton: “In order for your marriage to be successful, you need to be open and respect your spouse. There are times where you will not like each other. But when you have that love and respect, are equally yoked through Christ, and have that trust, love and respect for your partner, you can make it through anything.”