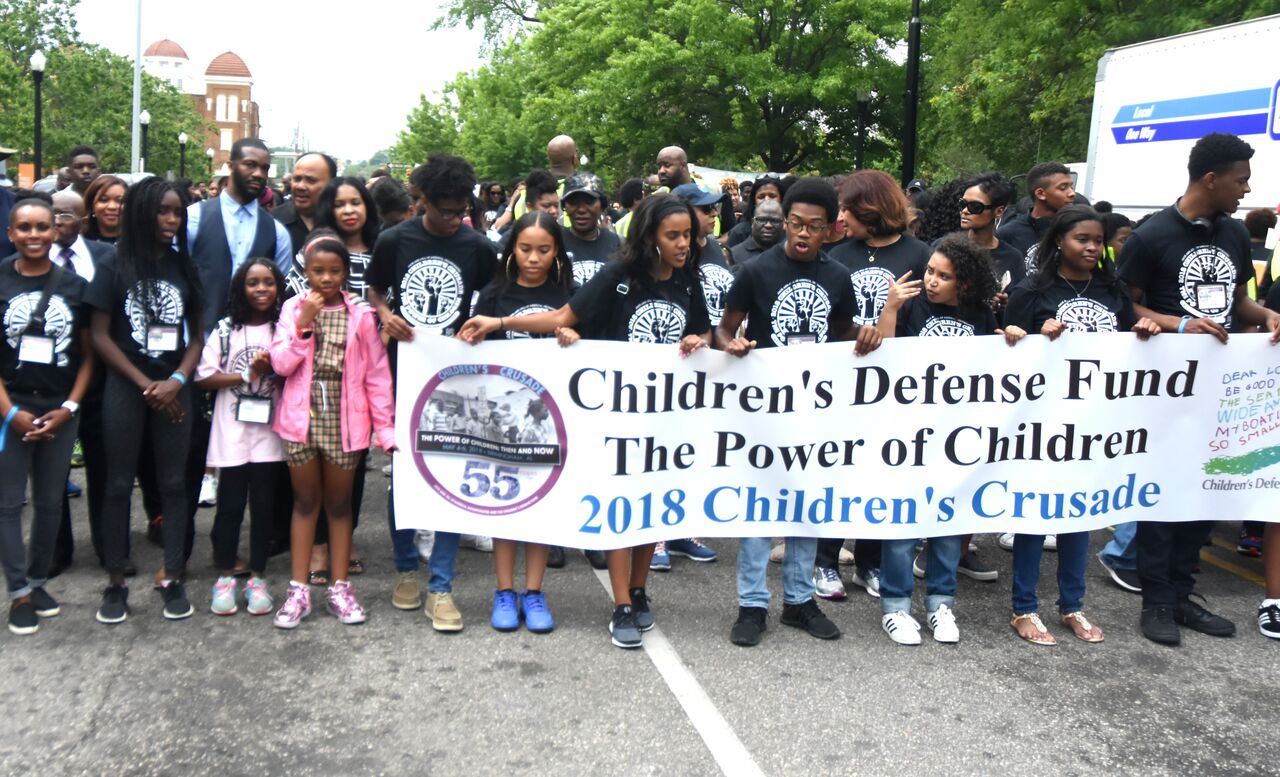 One march wasn’t enough for 70-year-old Foot Soldier Willie A. Casey. After taking part in the Birmingham Civil Rights Institute’s re-creation of the Children’s March of 1963, the College Hills resident was among more than 2,000 who marched a second time as part of the national convention of Jack and Jill of America, Inc., (JJOA) the oldest African American family organization in the nation.

“I’m a soldier. I’m a real soldier,” Casey said. “I was a drill sergeant in the military. I like marching.”

The Children’s March in 1963 is considered one of the major turning points of the Civil Rights Movement and “the beginning of the end” of a centuries-long struggle for freedom.

On Saturday morning, Foot Soldiers and youths took part in a meeting at St. Paul United Methodist Church, not unlike those held there during the Civil Rights era. At noon Saturday, Casey marched with children and other foot soldiers in a re-enactment of the Children’s March.

That march was part of BCRI’s ongoing celebration the Foot Soldiers which began last spring and culminated with the opening of a photographic exhibition on April 16.

As the BCRI marchers made their way to the Jefferson County Courthouse, Birmingham Mayor Randall Woodfin and Martin Luther King III, son of the slain Civil Rights icon, were among thousands who packed nearby Sixteenth Street Baptist Church for a JJOA event commemorating the four little girls who died in a bombing there in 1963.

One of those girls was Carole Robertson, who was part of Jack and Jill. Her mother was the first Southeastern Regional director of the organization. Casey said he took part in the second march partly because his daughter – attorney Cash C. Casey – was a member in her youth.

“I felt that energy from when she was in Jack and Jill,” he said. “The parents’ involvement with the kids … I was just glad to be part of it.”

Joli Cooper-Nelson, 25th national president of Jack and Jill, said the organization began in 1938 as a social club and grew with 10 chapters along the Eastern region. “We became more than a club,” she said. “We looked at our opportunity to serve others. Our mission in life is to create the next generation of African American leaders. We want for all children what we want for our own.”

The organization, comprised of mothers whose children are ages 2 to 19, celebrated The Power of Children – Then and Now during its commemoration of the 1963 Children’s Crusade. The group, in conjunction with the Children’s Defense Fund and the BCRI, held a number of activities throughout the weekend including a Black Family Day celebration on Saturday.

Taylor said there was clearly room for both entities to commemorate the events of 55 years ago.

“Everybody in the world can come in and have a celebration,” she said. “They’re having their self-contained activities and this is just one of them. We work with them to provide curricular and speakers and programming. They’ll go on and do other things over the next day and a half as a part of their conference.”