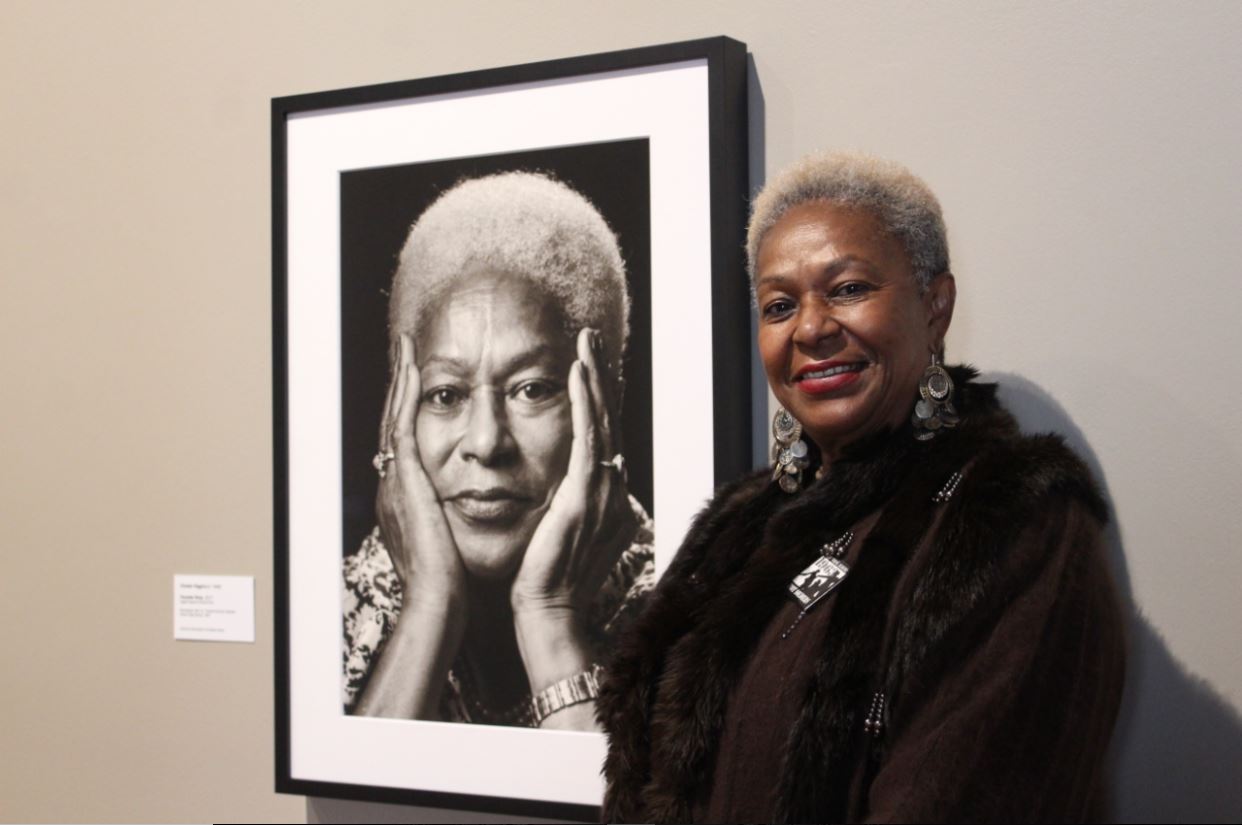 A picture is worth a thousand words and the Birmingham Civil Rights Institute agrees.

In its new photographic exhibit, “Foot Soldiers: Profiles of Courage Then and Now”, which opened on Monday, black and white portraits tell the stories of more than 30 Foot Soldiers who made history during the Civil Rights Movement in Birmingham.

The exhibit, which fills the Odessa Woolfolk Gallery at the Institute through November, includes portraits of Calvin Woods, Gwendolyn Cook Webb, Paulette Roby, Myrna Carter Jackson and Virginia Volker – all among the young marchers during the movement.

After November, the Exhibit will be showcased in other cities such as Memphis.

Roby, 68, chair of the Birmingham-based Civil Rights Activist Committee, said she was pleased with her portrait and role in carrying on the legacy of the Civil Rights history. “History repeats itself. So many of us are already gone and it’s important to keep telling the stories,” she said.

“A year ago, the museum came to me and said they had done an oral project on Foot Soldiers who were teenagers, high school kids when dogs and fire hoses were set on them; and they are dying off,” Higgins said.

“They said ‘we’d like to find some way to honor these people for their courage, for fighting for their right to vote and honor them for their dedication to the faith that democracy can always be improved and we’d like to do that in photographs that capture who they are’ and I said, ‘sure.’”

Higgins set up his studio inside the BCRI and got to know many of the Foot Soldiers first hand. Before taking the photos, Higgins did his homework.

“That helped me a lot, informing me on what their experience was,” he said. “It was a process of trying to read their spirit and figure out what the use of light and angles really bring out their personality, history, and sense of self.”

‘Courage Has A Face’

Higgins pointed out subtle details in the portraits such as jewelry, hands and facial expressions. Taking the photos was an education.

“I learned that courage has a face,” he said. “Not everybody has courage and it’s easy to have courage when there’s nothing against you, but it’s not easy when things are against you. So, I learned the faces of courage and people who believe their cause is a righteous cause.”

Roby said Higgins adequately portrayed how she felt at the time. She is shown with her head resting in her hands as she stares directly into the camera with a calm face.

“I told him, ‘sometimes I just get so tired,’” she said. “That’s what I was saying when he caught that photo and I didn’t know he was going to use that one.”

Higgins – who began work for the New York Times in 1975 – has some of his work displayed in the permanent collection of the Museum of Modern Art. His photos have been included in numerous book collections and appeared in publications such as Newsweek, Fortune, Look, Essence and Life.

“I shoot all over the world and rarely do I get a chance to do something that’s as profound and enjoyable as making images about Alabama,” he said. “So, it’s trying to make sure that the history and the people who made that history continue to live. Their presence. Their visage becomes inspiration to other generations.”

After the killing of 17 people in the Parkland, Florida shooting, Higgins said stories of courageous teens are especially important.

“Change is made by young people and these were young people the same age,” Higgins said referring to the Foot Soldiers. “It’s good to see the survivors because death stalks us all.”

During the opening, Annie Pearl Avery sat in a chair next to her portrait, with a wooden cane resting next to her and a clenched fist raised high. Avery, 74, who in her photo was clothed in white and showed a gentle smile, has participated in marches and has been arrested in Georgia, Alabama and Mississippi, she said. On Bloody Sunday, Avery said she was beaten and arrested.

“My photo was great and usually I don’t like everybody’s photos that they take of me,” Avery said. “I liked all of the photos and I thought about them being in black and white but I think it’s appropriate. It even tells the story better. It’s in black and white which means that was then, and this is now.”

Avery, a host at the Ancient Africa Enslavement & Civil War Museum in Selma, who got a chance to know movement leaders the Rev. Fred L. Shuttlesworth and Dr. Martin Luther King, said described the recording of history as a “duty.”

“It’s our duty to display and talk about our history,” she said. “History is so important and as African Americans we can’t afford for somebody else to tell our history or educate us about our history. We have to do it ourselves; it’s our responsibility.”