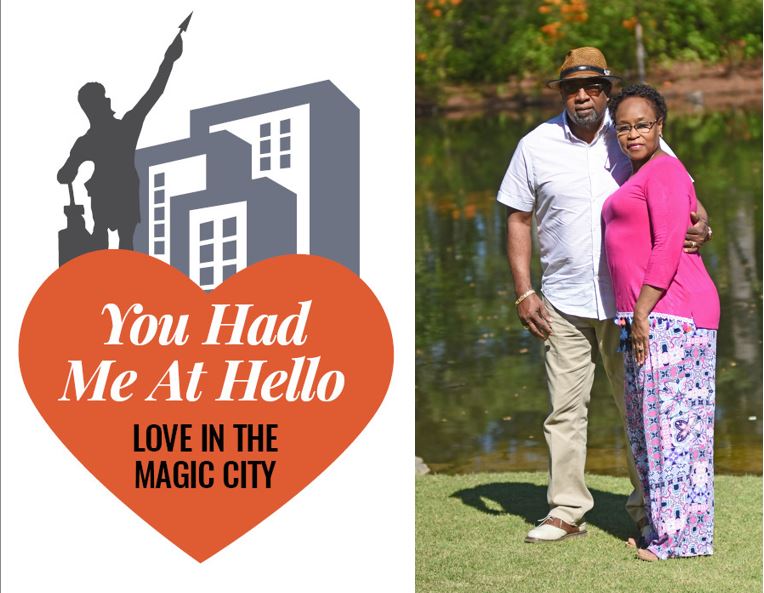 First date: “We met at her mom’s house,” Roderick recalled. “It was a sofa sit.” Gloria remembered that he borrowed a car to come visit her for that first date.  The two high school sweet hearts would go on to date their entire throughout their teen years. “We would go to the movies and every major holiday he would come pick me up and we would spend the day with him and his mother,” Gloria said.

She did not think they would end up married, but during the four years that they dated “something spiritual changed our relationship.” She said Roderick grew in his faith and he shared that with her.

The proposal: The couple had to think to recall the proposal. “It was at her mom’s house,” Roderick said. “Apparently it was nothing fancy,” Gloria chimed in.

The wedding: The couple was married at Faith Apostolic Church in West End.  The couple did not have a honeymoon. “We were poor,” Gloria said. “We didn’t start traveling until later in our lives.”

Words of wisdom: “Be honest, be respectful,” Gloria said. Roderick added: “And patient.” He insisted patience is important and that you sometimes need to “hold your tongue. When your wife is upset sometimes you have to be quiet.”

It is important for each spouse to have “me time” to enjoy hobbies or activities without the other, Gloria said. She goes out to eat by herself and Roderick enjoys watching football on his own. “We literally do almost everything together,” she said. “(Me time) makes you appreciate them that much more,” she said.

Happily ever after: The couple spends a lot of time ministering. Roderick is the coordinator for the men’s ministry at the Jefferson County Jail in Bessemer. He started ministering to police officers years ago and then he felt he wanted to minister to inmates. Gloria also volunteers with the jail ministry.  The couple, both ordained ministers and ordained elders, also spend a lot of time at their new church home True Worship Praise and Deliverance in Dolomite.

Gloria enjoys taking photos – mostly of her grandchildren. The couple have two grandchildren and two adult children. “Photography is something I really enjoy,” she said.

Roderick enjoys watching movies and television shows.  He is a fan of Star Trek and comedies. “He watches The Andy Griffith Show every night,” Gloria said. “He has seen them all and he still laughs.”