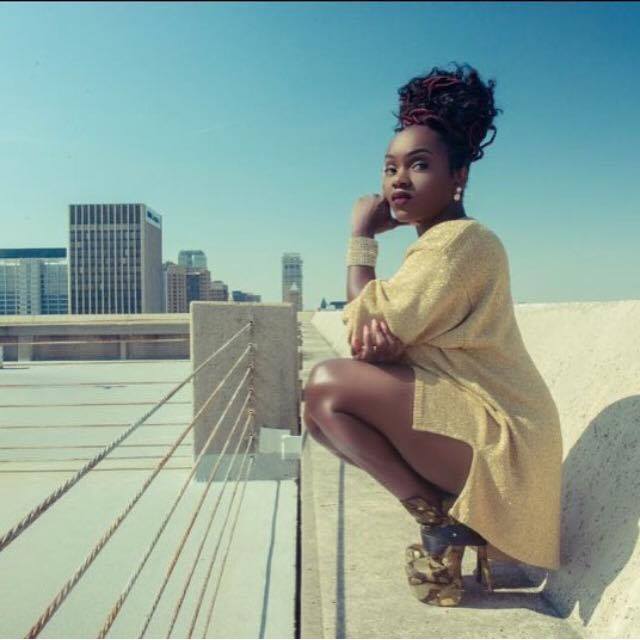 La’Vala Moss proves that ambition, determination, and perseverance are what dreams are truly made of. Professionally known as Lala D’iore, the 25-year-old who grew up in Birmingham’s Joseph H. Loveman Village public housing project is a multitalented hip-hop dancer, runway and print model, and show choreographer. She is the Magic City’s very own “fly-girl” and self-proclaimed “concrete rose” inching her way into the mainstream one opportunity at a time.

On Sunday, Moss announced in a Facebook post that she will perform with pop superstar Janet Jackson at the 2018 Billboard Awards. “Only 2 people were picked as finalists from the online submission, I was one of them!!! I passed the 3 day audition,” she wrote.

There were over 75,000 submissions for the dance audition. The awards show will be broadcast on NBC Sunday at 7 p.m. CST.

Moss dabbles in rap, songwriting, poetry, and fashion—each of which makes her who she is, she says. The A.H. Parker High School alum has been commissioned to “rip the runway” as a model and dancer at shows like the 2018 Bronner Brothers Hair Show and the 2018 Natural Hair and Health Expo.

“I realized at a very early age that I had the dancing bug, but it really all started in church with praise dancing,” said Moss, who has been dancing since age 3.

After being nominated to do her first solo at Birmingham’s Southside Christian Methodist Episcopal Church, she got the courage to enter her first elementary talent show.

“I started dancing in the mirror every chance I got,” she said. “I would imagine I was on stage performing in front of millions.”

Girl in the Mirror

Growing up in public housing meant there was no money for dance lessons: “It wasn’t the priority back then,” she said, adding that she didn’t take dance classes until late 2013 or early 2014.

“I joined the Illumny Dance Crew, [a Birmingham-based group headed by Antonio Mincy]. … I was about 21 years old when I started realizing that I had a gift that could really get me out [the projects].”

Moss has been trained by Birmingham dance masters Mincy, Jackie Lockhart, Cynthia Ward, and Gareith Swaningan, as well as Winston Strickland, founder of the M.A.D. Skillz Dance Co. While she has accumulated a respectable amount of professional training in hip-hop, praise, contemporary, and jazz dance, she still does not consider herself “formally trained.”

“I would say I am a formally trained dancer in the making,” she said. “There is still so much more training I need to grow as a dancer. There are many more genres of dance I need to acknowledge and build on to put under my belt to become more diverse”—something she did as part of the Auxiliary Line Dance Team at Miles College, where she majored in criminal justice.

While dance may be second nature to Moss, the beauty industry presents its own challenges, especially for a woman with her height, stature, and mahogany skin.

“I know I don’t have the mainstream look the fashion industry is looking for, and I’m open to rejection because I’m strong enough to know that eventually I always get a yes—and every time I do, it’s epic,” said the 5-foot-tall Dior. “I have a calling, … so I don’t model to be seen but rather to tell my story. I model to change the way the world and industry view beauty.”

In March, Moss traveled to Los Angeles, Calif., to attend the Where Art Can Occur (WACO) Theater Center’s second annual Wearable Art Gala, founded by Richard Lawson and Tina Knowles Lawson, mother of Grammy Award-winning artists Beyoncé and Solange. And in February, she was an activist-model in the Atlanta, Ga., Macy’s Black History fashion stylist event.

Moss takes great pride in her work for last year’s Poze Bazaar Charity Fashion Show: “[That’s] the first show that I’ve ever choreographed entirely by myself,” she said. “I chose the dancers I wanted to bring my vision to life, and I crafted the routines around the pulse of the show.”

As Moss works toward achieving her dreams, she credits her family, upbringing, and community for her success.

Though her family may not have been able to finance her pursuits, they provided something much more important: support.

“They are there for me and try to make all shows,” Moss said. “Even when they can’t, I’m still grateful for my family and their support. They open the dance floor for me at all family events and tell me all the time to never stop dancing.

“My family has been very influential and inspiring to my dreams in so many ways. … It’s more so that I give them hope in dreams that some of them have given up on. I give them a light to feel like there is still hope within our family.”

Also inspiring to Moss are her modest beginnings in Loveman Village.

“It made me humble,” she said. “It groomed me into the young lady I am today and shaped my character because I saw the rough, dirty, and less fortunate. I saw the struggle and [at one point] had become one with my environment, so I’m able to understand it and grow from it.”

“I wasn’t born with a silver spoon to my mouth, but I’m forever grateful and humble for the day I receive one [because that] inspires me to go full force to chase my dreams,” Moss said.

“The projects taught me to be tough and have tough skin. They taught me about unity and loyalty. They taught me that no matter where you are [from] it doesn’t mean that’s who you are. They made me the true definition of a concrete rose.”