Most 4-year-olds live with only a few things on their minds: Mom, Dad, siblings, play, eat and drink.

He feeds the homeless.

Ask him why, and be prepared for a simple but wise answer.

“If you were homeless, would you want to be fed? Well, that’s why I’m feeding the homeless, because they’re hungry,” Austin responds.

Austin wears a superhero cape when he goes on his feeding outings with his father, T.J. Perine. At Linn Park recently, the little guy handed sandwiches and drinks to the homeless. Every time, he exclaimed, “Don’t forget to show love!”

Show Love is the name of the nonprofit the elder Perine started.

“This whole thing started when we were sitting at home watching Animal Planet and a baby panda was abandoned by its mom,” Perine said. “Just to give him an answer, I told Austin that the panda would be homeless. Then he asked, ‘Well, are people homeless?’ and I said yes. That sparked an idea for him to want to come and feed the homeless, so here we are just a few months later.”

A few of the homeless at Linn Park knew little Austin with his superhero cape, and exchanged hugs and fist bumps. Those who did not know him were flabbergasted. One homeless man said he’d never seen anything like this.

Most people are concerned with their own well-being. The few who show this level of dedication to serving others are usually adults with a giving spirit. For Austin, it’s not about age but empathy.

Austin explained how doing this makes him feel inside.

Austin’s efforts have garnered worldwide attention from media outlets interested in his story.

“We’ve been on CNN, NBC and CBS, and we’ve been covered by news in France, Germany and England,” Perine said. “Austin has been doing his thing and has no idea; he’s just being Austin. I think it’s remarkable. Every day I have to pinch myself to make sure I’m still alive, because this is like a dream.”

Austin continued handing out sandwiches and drinks when he got a huge hug from a woman sitting on the steps at Linn Park. She had a grocery cart full of bags and clothes and other items, most likely all she owned.

“When I get hugs from the homeless, it makes me feel great inside,” Austin said.

Remember this: Austin Perine is only 4 years old.

To donate or for information visit, www.presidentaustin.org 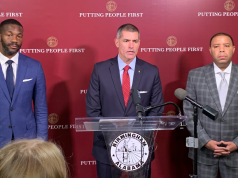 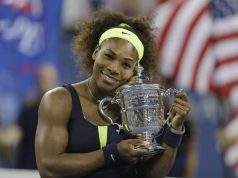