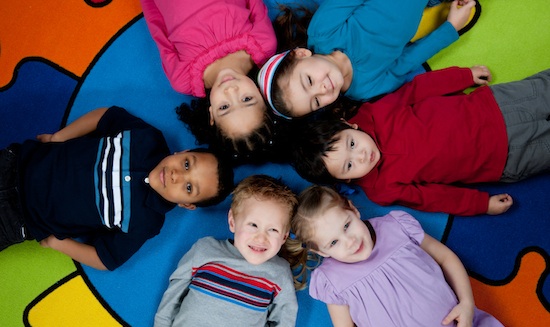 Kids arrive at school with large achievement gaps between rich and poor, and the achievement gaps grow over the summer. Now two new studies show that the summer learning gap between the lower and middle classes may be narrowing while the rich surge ahead of everyone.

A May 22, 2018, report from the National Center for Education Statistics tracked more than 18,000 kids who attended kindergarten in 2010-11 and followed up with their parents in the fall of 2011 to see how they spent their summer. It’s a nationally representative group, expressly selected to mimic the actual racial, ethnic, income and geographic diversity in the country.

More than half of rich and middle-class parents said they read to their children every day during the summer. Fewer than 40 percent of poor kids’ parents did so.

A couple pieces of egalitarian news: three-quarters of kids played outside every day, regardless of household income. And one-third of kindergarten graduates of all income levels looked at or read books every day.

Disparities in how low, middle and high income parents invest in their children during the summer are nothing new. But it’s interesting to see how they have changed over time. The last time NCES studied how kindergarteners spent their summer, in the summer of 1999, the questions were slightly different. But it seems that low-income families were even less likely to participate in activities with their children back then. For example, only 20 percent of children from low-income families with less educated parents went to art, science or discovery museums over the summer — roughly 12 percentage points lower than in 2011. Forty-five percent of low-income children went to a zoo, aquarium or petting farm back in 1999 — roughly 9 percentage points lower than in 2011.

At first glance, it seems that low-income families are now more involved with their children and investing in them more. Perhaps the summer experience gap between low- and high-income children is narrowing. But the 2011 NCES report focused on children living in poverty and not in wealth. All the non-poor children are lumped together, be they middle, upper-middle or upper class, and their summer experiences are all averaged into one number. It doesn’t detect or highlight growing disparities among these income groups.

Sociologists, however, are finding that parental investment in their children has diverged sharply over the last 40 years with growing gaps between the middle and the upper classes. In a May 2018 paperpublished in the American Sociological Review, researchers from the University of California at Berkeley and Colorado State University found that the most affluent Americans are driving this difference, spending ever higher amounts of money on their children’s education and enrichment, from after-school lessons to summer camps.

“Affluent parents might see rising income inequality as really making a winner-take-all economy and feel a strong push to give their kids every advantage they can,” said Daniel Schneider, professor of sociology at Berkeley, in a press release.

In other words, rising income inequality not only leaves the rich with more money to spend but also reshapes parents’ desires to invest larger portions of their money in their own children. High-income parents are not simply spending more in general but are targeting their spending toward their children.

Money doesn’t seem to be a replacement for time. Despite time-pressured lives, the sociologists found that high-income parents did not reduce the amount of time they spent together with their children.

Today’s income inequality is not only leading to unequal investment in children, but also laying a foundation for even more unequal adult lives in the future.

This story about kindergarten summer was written by Jill Barshay and produced by The Hechinger Report, a nonprofit, independent news organization focused on inequality and innovation in education. Sign up for the Hechinger newsletter.