Two long-standing Alabama Power executives have been named to new roles of increased responsibility within the Southern Company system.

John Hudson has been named executive vice president and chief external and public affairs officer at Southern Company Gas. In his new role, Hudson will be responsible for External Affairs, Corporate Communication, Marketing, Community Relations, Economic Development and Environmental Affairs. He also will serve as president of the Southern Company Gas Foundation and will be responsible for the company’s and its subsidiaries’ philanthropy and volunteerism efforts.

He also will serve as president of AGL Services Company, providing a single point of contact for the organizations that are directed by Southern Company Services – specifically the Technology Organization, Supply Chain, Fleet, Facilities and Compensation and Benefits. He will retain responsibilities for Human Resources, Labor and Safety at Alabama Power, as well as his recently announced system HR role in which he has responsibility for external labor.

Hudson and Peoples will begin their new roles Sept. 1.

“John has made great contributions to not only Alabama Power, but throughout the entire state, and I am certain he will have continued success at Southern Company Gas,” said Mark Crosswhite, Alabama Power chairman, president and CEO. “Jeff is recognized nationally as a leader in building and sustaining positive external labor relations and this expanded role will allow him to bring his expertise to additional business units within Southern Company. The leadership they will provide in these roles is a positive move forward for the entire system.”

Peoples currently serves as senior vice president of Employee Services and Labor Relations for Alabama Power and as vice president for Operation Services for Southern Company. He began his career with Southern Company in 1984 as a chemical technician at Alabama Power’s Plant Miller. Over the years Peoples has progressed through positions of increasing responsibility in Human Resources, Training and Workforce Development.

Peoples holds a bachelor’s degree in Chemistry and Biological Science from Lee University in Cleveland, Tennessee. He serves on the board of directors of the Alabama Power Foundation, Southeast LAMPAC, the National Utility Industry Training Fund and the Center for Construction Research and Training. 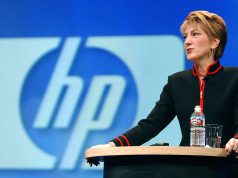