Here are some of the artists highlighting the 4th Avenue Jazz Festival stage Saturday, August 25 in the Historic 4th Avenue District in the heart of Downtown Birmingham.

Since 2010, the Brass-a-Holics have been taking their unique

sound around the world. Steeped in the deep musical culture of New Orleans, the band brings a heavy dose of go-go funk to the New Orleans brass sound. In a blending of musical cultures stemming from cities separated by more than a thousand miles, a Brass-a-Holics live show takes the New Orleans brass band culture and infuses it with the electricity of Washington D.C.’s go-go. The resulting sound is both captivating and unique.

The band consists of core New Orleans brass elements- trumpet, trombone, saxophone- and adds a full drum set, percussion, keyboard, bass and electric guitar, giving the band limitless options to explore new sonic territory. Whether performing their original music or using the framework of hit pop songs as springboards for fiery improvisations, there is something in the set to appeal to every music fan. Once the music starts, the demographics blend and a brand new experience is created- one that leaves one-of-a-kind memories that live on long after the last note.The Brass-A-Holics recently recorded a live album and mixtape at The House Of Blues in New Orleans.

His upcoming 2018 release “Going Left” will serve as a reminder to the music world that Dee Lucas is here to stay.

Birmingham Saxophonist, Vann Burchfield discovered his love for jazz music at 10 years old. “It wasn’t until I found an old saxophone in my grandparents house when I was 10 years old that my life would be changed forever,” says Burchfield.

In February 2000, Vann set a Guinness world record for circular breathing, holding one continuous note for 47 minutes, 6 seconds, surpassing Kenny G’s record of 45 minutes, 47 seconds.
August 2001 Vann won first place at GMA’s seminar in the Rockies at Estes Park, Colorado for the national Solo Instrumental Artist competition. Vann has had the honor of performing at the White House for their Annual Holiday Open House.

An Alabama Jazz Hall of Fame inductee, Carr has been instrumental in the Birmingham Jazz Community and we are thrilled to have him be a part of this year’s festivities. He currently hosts a Tuesday night jam session at B.O.S.S. Ultra Bar and Lounge located in downtown Birmingham.

Hodges Daniel Harper also known as Danny Harper is presently the Professor of Jazz Studies at Miles College in Birmingham, Alabama. In 2013 he cultivated a jazz

ensemble that earned high ratings and accolades from all the judges associated with the highly esteemed Birmingham Hall of Fame. In 2012 he was unanimously voted Atlanta’s Jazz Hero by the Jazz Journalists Association (JJA) an international organization dedicated to the preservation of American Jazz Music.

He has hosted two successful long running jazz jam sessions; the first was at the famous Blue Note nightclub in New York and the other at Churchill Grounds in Atlanta, Ga. where he hosted for 13 years.Danny is probably more known as the composer of title track for the hit album “Remembrance” by The Harper Brothers. His credits as composer include “Quiet As Its Kept” on The Harper Brothers first album and “Beulah” on the album entitled Artistry also by the Harper Brothers. He has recorded with Sonia Sanchez and Tete Montoliu.

Tragic City is a septet from Birmingham. With influences ranging from From Lettuce, Outkast, Michael Jackson, Miles Davis, Snarky Puppy to Drake,Tragic City thrives on Blending funk, hip-hop, jazz, and R&B to share their own form of progressive music.

Shaun Judah an emcee, poet, spoken word artist, writer, actor, doodle-sketcher, performer & teaching artist that has graced stages across the world with electrifying and thought-provoking performances. Every act ignites his audiences to think, reflect, and walk away with a new perspective of the world around them.

During his teenage years, he also discovered talents as a wordsmith. Displaying a gift to freestyle Judah began to battle fellow emcees & rappers, then forming a Crew called (Jah Squad) in the early-mid ’90’s. A love for (spoken word poetry) soon developed after going to his first open mic in Birmingham. He has also embodied several skills and styles going from battle participant to its Host, holding down different positions in entertainment from open mic performer to curator and currently holding down a Residency through UAB’s Alys Stephens Center.

Local artist and poet, Angel Vann has been writing poetry since 1980. “I don’t try to write poetry I let the poetry speak through me. I write what I feel and see in the world, I am poetry. I am Angel Vann.”

Birmingham Activist and Poet, Brian Voice Porter Hawkins is the Creative Director of both, Bards & Brews; a monthly poetry event and beer tasting with the Birmingham Public Library, and On Stage at the Carver; the longest running poetry open mic in Alabama. Voice is Director of “The Color Project Ensley” which seeks to transform a neglected part of our community, using public art and creative placemaking, into a place that cannot be ignored.

Moon is a disabled veteran born in Birmingham but raised in East Orange, New Jersey. A Spoken Word artist who some call a Comedian. Moon is currently a co-host of “OnStage at the Carver” and hosted his own Comedy Show called “An Evening on the Moon” which featured local Comedians.

Comedian, actor, and screenwriter from Birmingham, Jaye is known for his character voice overs, skits full of personalities and his allaround great humor.

Birmingham Comedian Charles Winston has been doing comedy for 10 years and is quickly emerging as one of the hottest comedians in the south! He has shared the stage with some of the biggest names in comedy.

Posey made his first official comedy debut more than 14 years ago in a local competition and won the 2011 Open Mic Finale at The StarDome comedy club. He remains a draw at philanthropic engagements, banquets and corporate events throughout the Magic City. 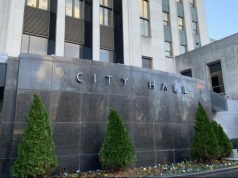 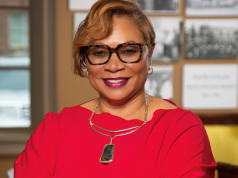