The recent conviction of a Drummond Coal Company Executive and a partner with one of the largest and most powerful law firms in the state, along with a plea deal entered into by one of the longest serving African American members of the Alabama Legislature exposes the world to the ugly underbelly that is Alabama politics.

It is not enough to note that someone we trusted like former state Representative Oliver Robinson obviously sold us out for a few dollars more.  It is not enough to note that he had no difficulty finding local playing partners, though shout outs to Birmingham City Councilman William Parker, and former Mayor William Bell, for refusing to be one of the dancing partners. This situation requires that we actually take a little time and follow the trail that has been so eloquently laid out by AL.com columnist Kyle Whitmire and then think about what this says about the way we allow our state and local government to be run.

For those that may know little about this situation, it all began decades ago when citizens of North Birmingham began complaining about higher than usual rates of certain health issues and noting how many of those who lived in North Birmingham were suffering from respiratory issues.

For decades poor citizens with limited means pointed across the community to Drummond Coal, ACIPCO, Alabama Natural Gas and other large industrial interests and alleged that their operations were poisoning the community and causing people to die prematurely and unnecessarily.

For decades these cries went unheard, but then somehow the residents were able to get the old Environmental Protection Agency involved.  EPA began surveying residents and eventually began soil testing whose early results showed exactly what residents had been saying all along, that there were elevated levels of several dangerous chemicals in the soil in the neighborhood, and that it appears that manufacturing entities that surrounded the community were the source of the pollution. As the federal corruption case into this matter showed some large business entities knew that they had to find a way to keep EPA from declaring the area a Super Fund Site and holding some or all of them liable for the clean up cost.  These are the battles we elect our leaders to fight on our behalf, yet in this case testimony and some evidence revealed in court showed that some of these leaders including Robinson and local NAACP Director, Hezekiah Jackson were in fact taking money from the entities that had been poisoning some of the people they were supposed to represent in efforts to mislead, mis-educate and otherwise take actions to get these people to make ill-informed horrible decisions that would favor the polluters.

(Jackson has denied he took any money).

In presenting their case to the public federal prosecutors outlined a pattern of pay to play in Alabama State and local politics that is little short of unbelievable. And the evidence presented at trial showed that some elected officials in this case and in case after case over the years have accepted this shadow funding.

If you believe even a fraction of what was presented at trial then you have to believe that former Governor Robert Bentley in addition to his known infractions may have accepted money from these shadow nonprofits to help fund the activities in his administration he did not want as much light shined on.  Then you may have to believe that the current regional administrator for the EPA played a significant part in the wrongdoing.

The saddest part of following this trial has been the extent to which no element of government seems to be immune from the questioned pattern of behavior.  Dark money bought Democrats, Republicans, Independent and in some cases even the cooperation of nonprofit advocates that added to the credibility of the process.

With all of the people that would love to serve for that right reasons, it is a shame that we have a system in place that so rewards folks for serving for the wrong reasons.  Or at least that’s the way I see it. 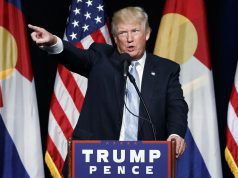 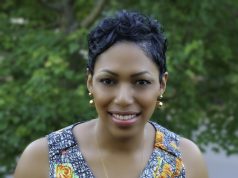